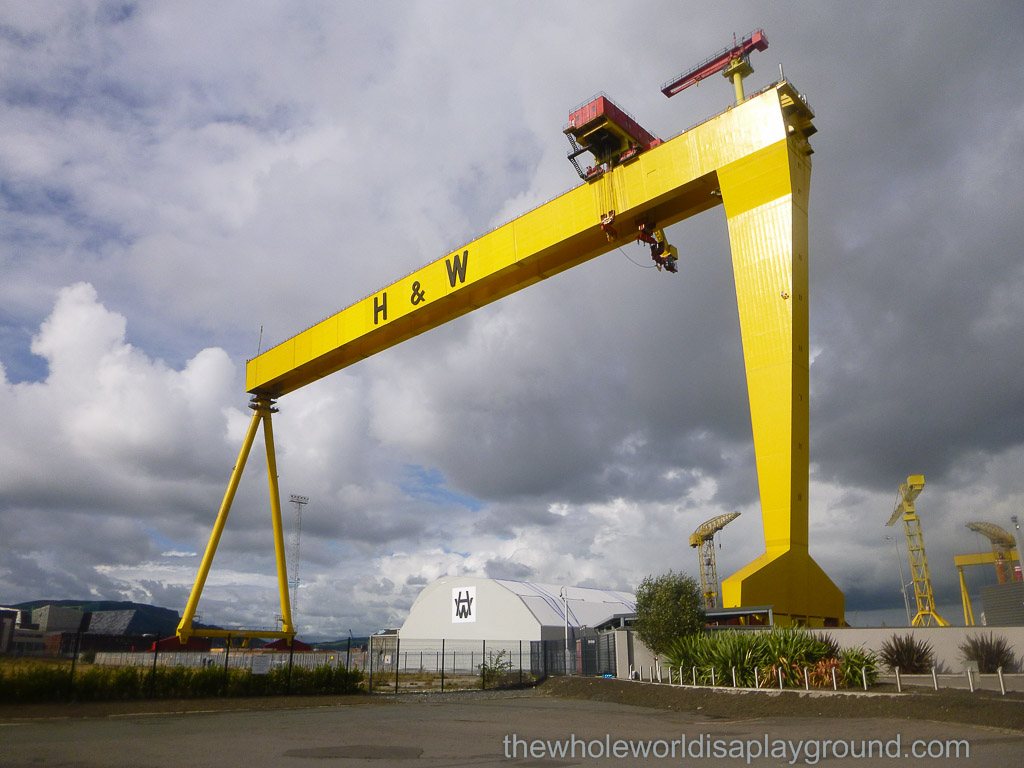 I came across the Belfast Titanic Quarter Ultra Marathon earlier this year while looking for some races to fulfil the longer runs of our New York marathon training schedule. I saw the word Ultra and immediately dismissed the race due to the huge distance!

However when I learned that the organizers, Northern Ireland based 26 Extreme, were offering 50k and 25k races on the same route that day, I was sold. Sold on the 25k race obviously, I’m not crazy enough to attempt a 50k or 101k just yet! 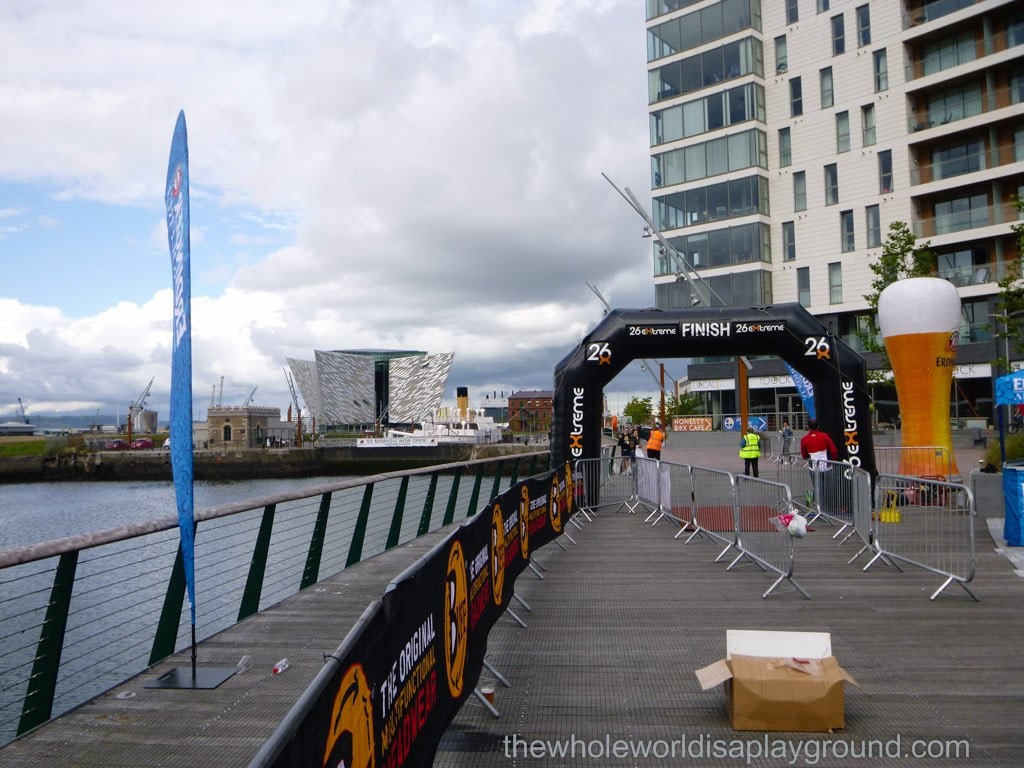 We arrived at the Titanic Quarter in Belfast around midday and registered with the 26 Extreme crew before getting kitted out for the race in a nearby car park.

The 25k race started in Bangor and a bus was provided to take the 25k runners to the start line. The race then makes its way back into the Belfast docklands along a stunning coastal route. The 50k and 101k runners were already well into their races with the 101k runners on the road from 6am and the 50k starting at 12.30pm. The other 2 routes followed the same coastal route out-and-back from Belfast, with the 50k turning just past Bangor and the 101k turning much further down the coast.

Our 25k was due to start at 2pm and we were entertained at the finish line in the middle of the Titanic Quarter until our bus arrived at 1pm. There was a great atmosphere as the runners chatted and music blasted out over the loudspeakers while the 26 Extreme crew kept up to date on the progress of the 50k and 101k runners out on the course. At 1pm the bus picked up the 25k entrants (around 50 in total) and it was off to Bangor.

After a nervous build up watching the miles tick by from the comfort of the bus (and knowing we had to run all the way back!), we were dropped off just outside Bangor and made our way down to the beach front start line. 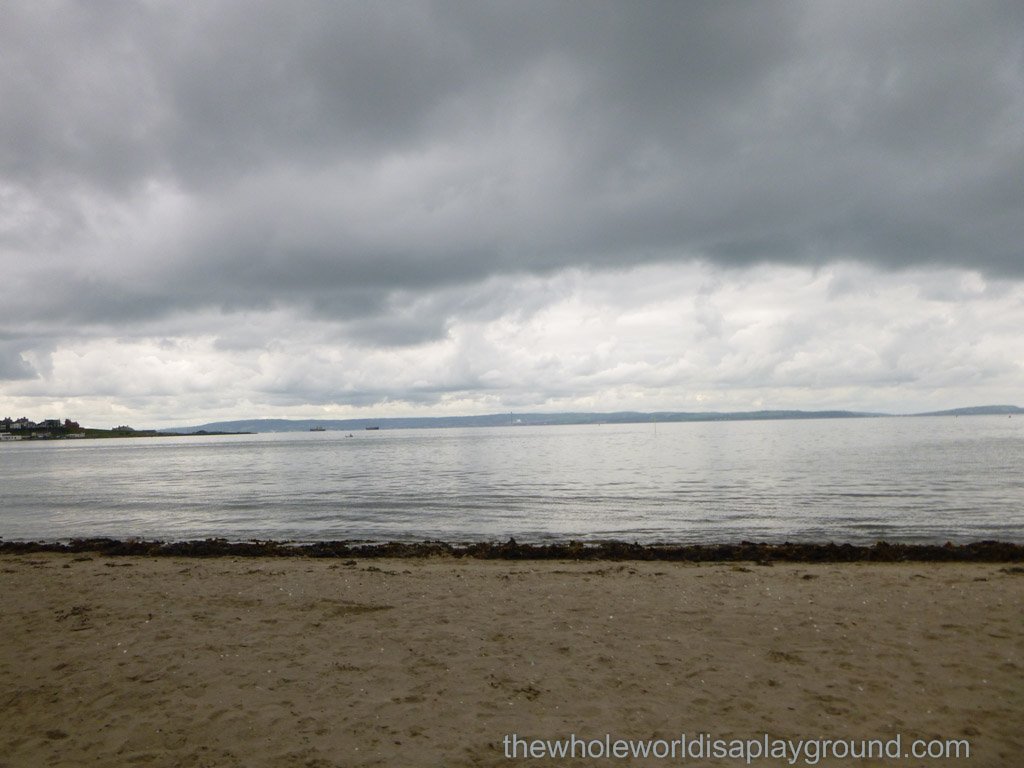 The cool, overcast afternoon made for perfect race conditions as we set off along the Bangor strand.

One of the 25k runners was actually running barefoot which was amazing given the race distance. He only switched to a pair of Vibrams during the rougher terrain sections of the course. I’m a big fan of a minimalist shoe but I’m not sure I’d ever be able for barefoot, impressive!

Bangor strand (and a barefoot runner): 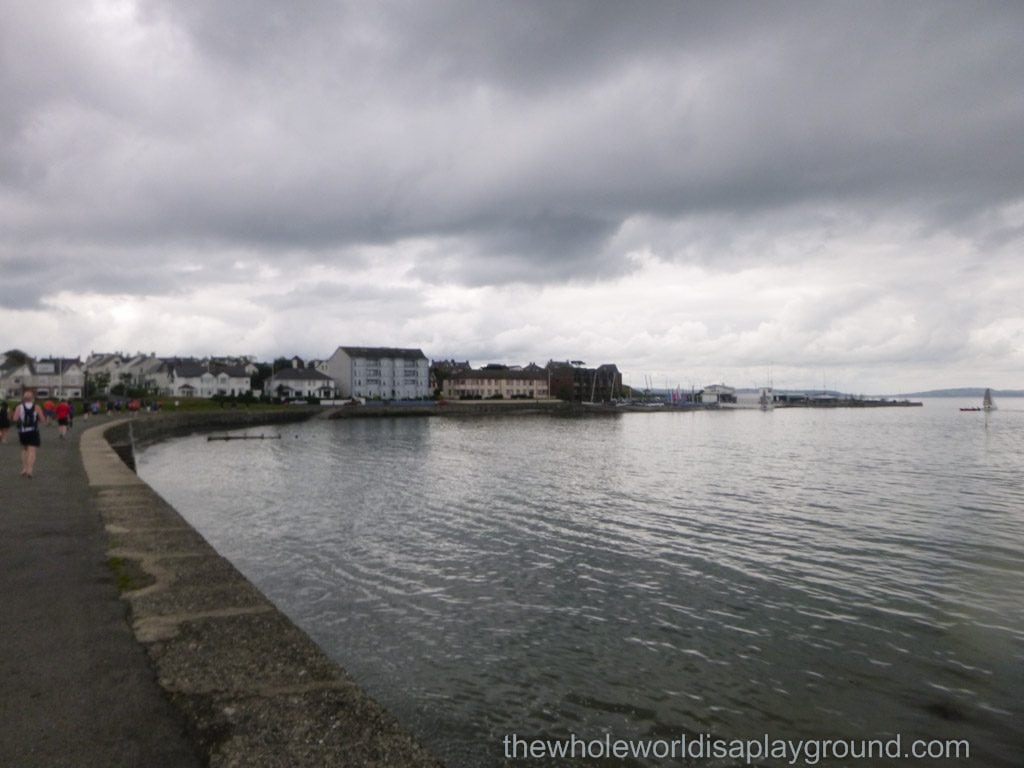 The first few miles took us into Bangor marina and, although there were lots of slight turns, each was marked on the ground very clearly in advance so navigating the route was OK. Well that and the starter’s orders to keep the sea on your right the whole way in! It wasn’t easy to miss the water! 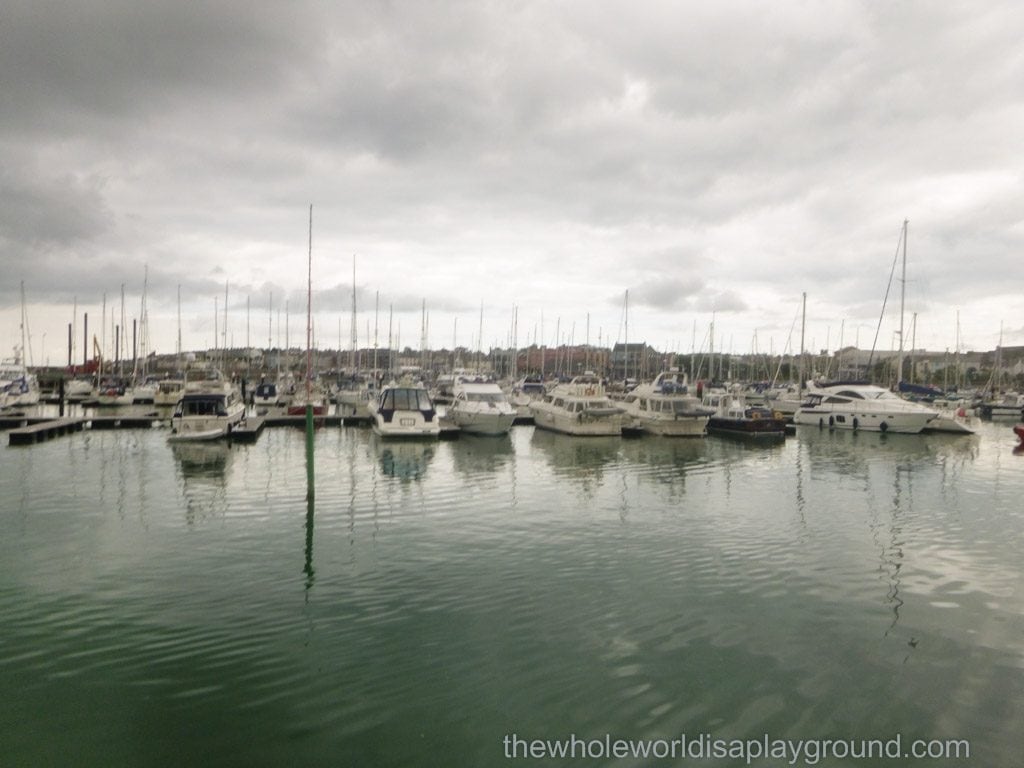 After leaving Bangor the race followed the coastal path until a few miles outside of Belfast city. The terrain was a mixture of tarmac, concrete and gravel path and varied from open pathways to quite narrow rocky passes at times. The variety of surfaces was a welcome change from the long training runs on hard, concrete roads.

The scenery was stunning as we ran along the coast: 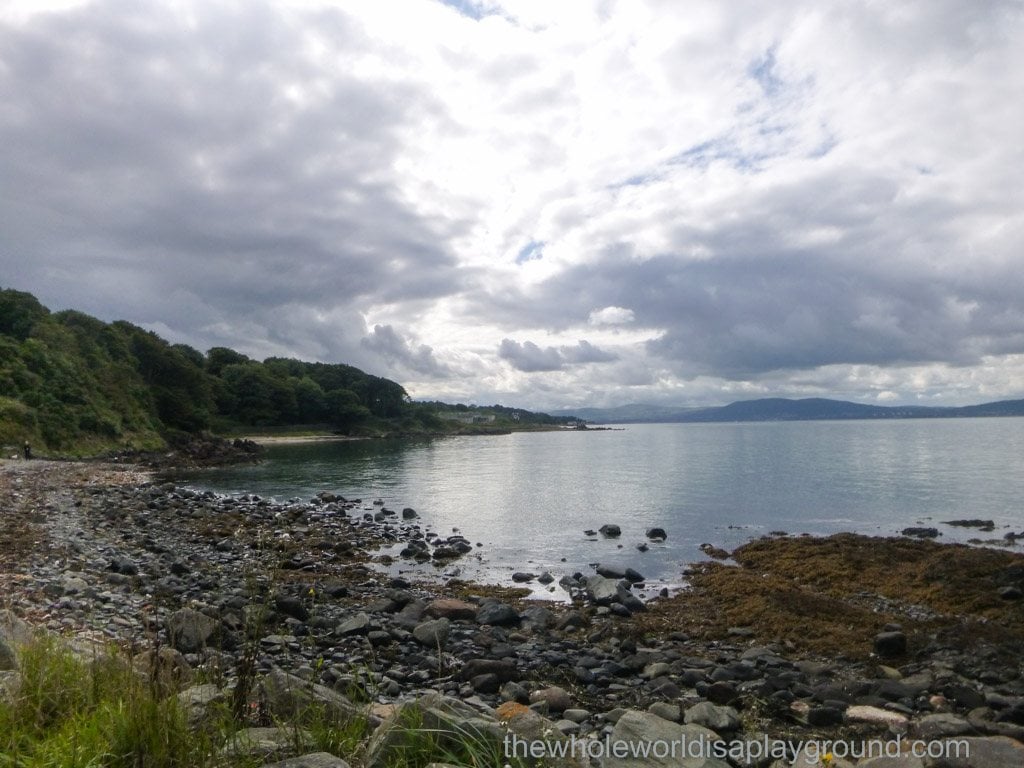 Although most of the route was open public pathways the track did narrow in some sections. I loved these bits as it made the run more interesting! 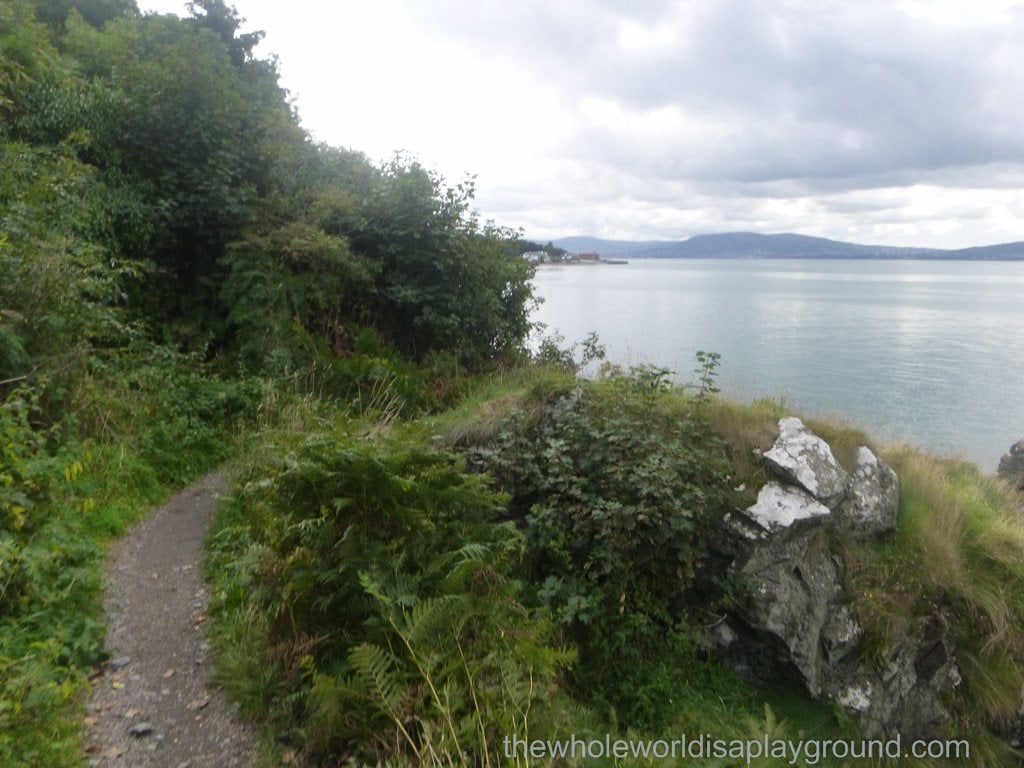 There was lots of support along the route as we ran by all the families out for a Sunday stroll. It was easy to dodge them as the path was quite open along the popular walking spots. 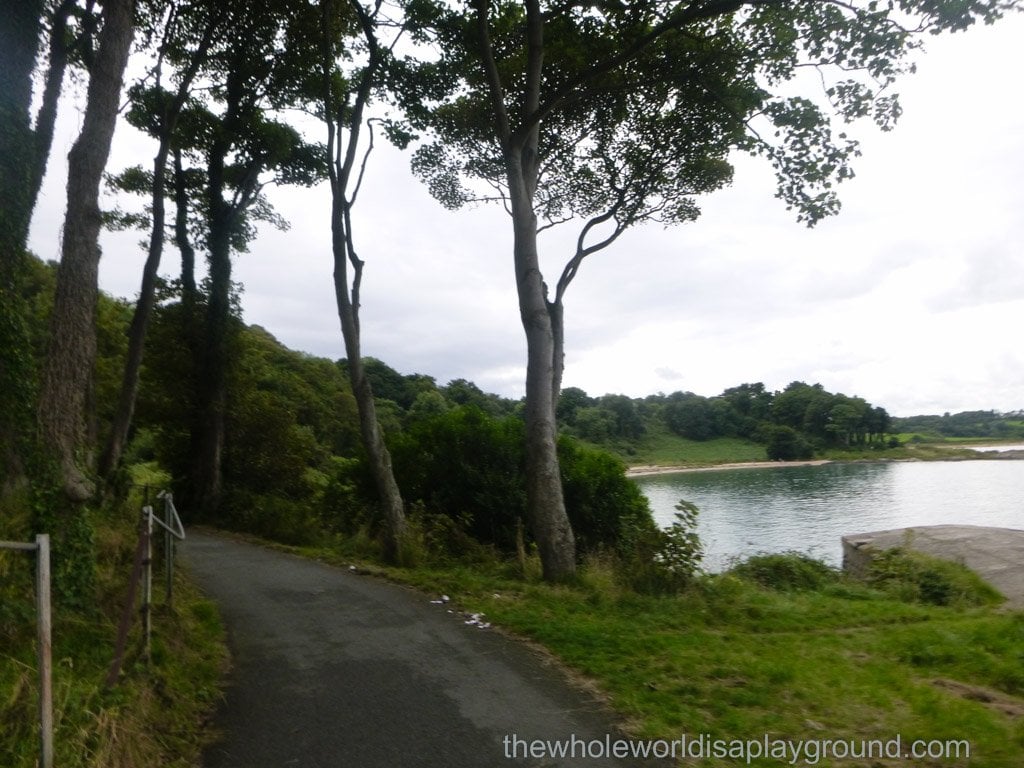 There were 2 water stations for the 25k race, the first at around mile 4 and the second at mile 10. The stations were well stocked with water, fruit (oranges and bananas), fruitcake and potatoes (potatoes seemed weird to me but the ultra-runners were crazy for them!). As I was treating the race as a training run I had my Camelbak

for holding water and energy bars so I only used the water stations for some oranges. My Camelbak holds 1.5 litres of water which was plenty for the 25k.

Once the route moved off the coast and turned towards Belfast the coastal scenery gave way to industrial estates and the docklands. It was a relatively quiet and isolated section of the race with not many people around. 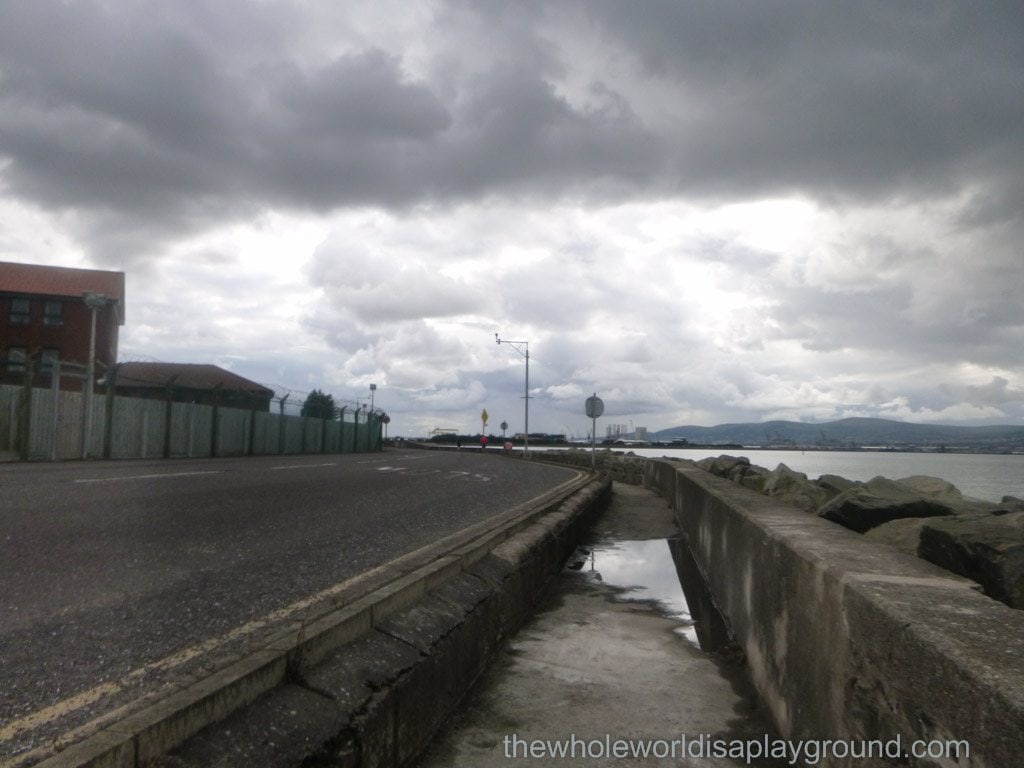 The isolation didn’t last too long however, as soon the Harland and Wolff cranes (Samson and Goliath) came into sight on the horizon. 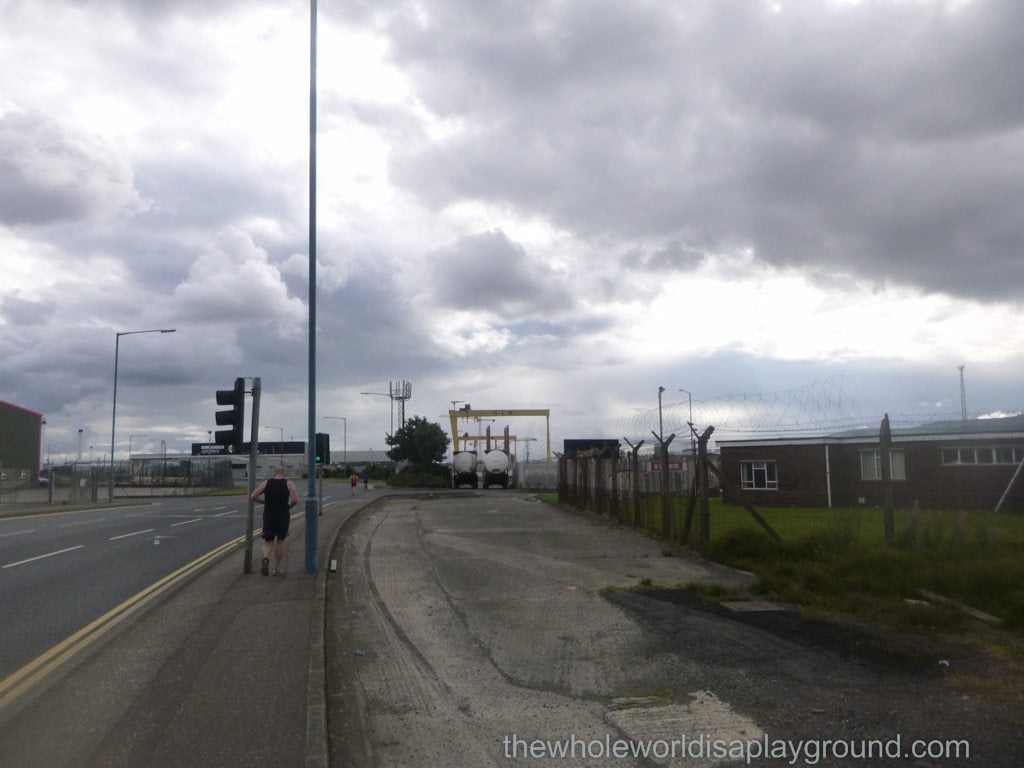 It was difficult to grasp the size of these guys until I ran past one. They’re massive! That’s probably why I thought I was so close to the finish for about 10 miles before I reached the cranes!

As I passed the crane a 50k runner zoomed past me and, given that I was struggling at this late stage in the race, seeing this guy fly past me was a humbling experience! He turned out to be the 50k winner so I tried not to feel too bad!

A few turns later and the finish line appeared in front of me along with a medal and a well deserved, cold beer … non alcoholic of course! 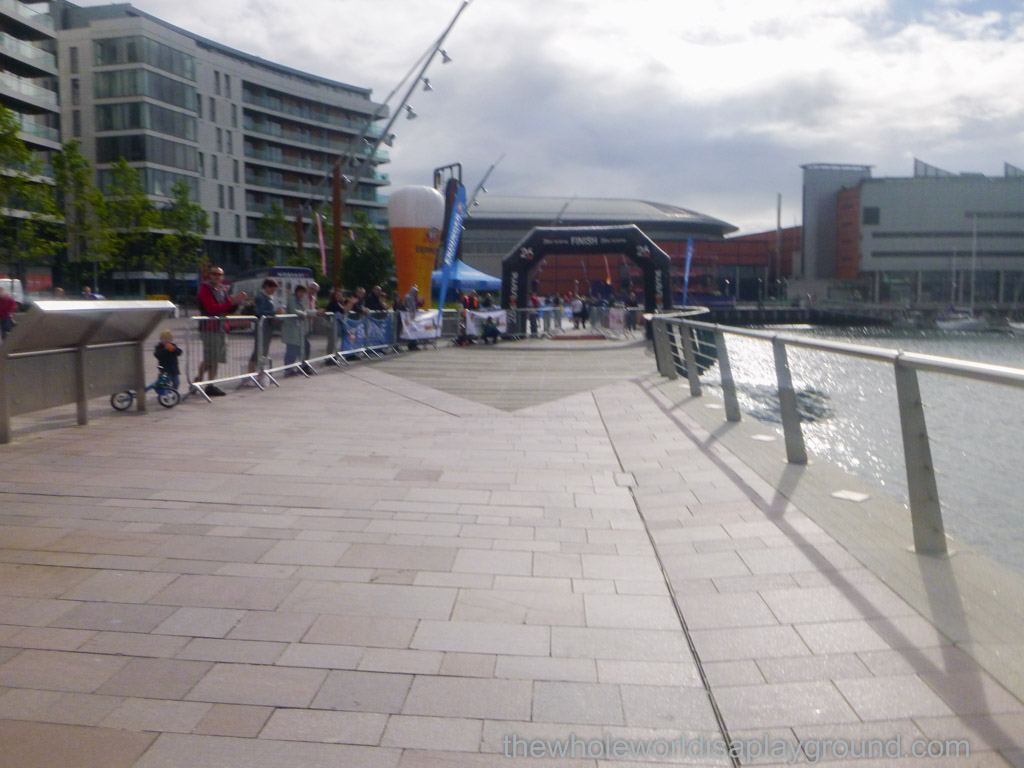 Some of the 50k and 101k runners were finishing around the same time as me and it was so impressive to see these guys crossing the line. It was hard to comprehend that the 101k runners had been on the road since 6am that morning and it was now after 4pm. They’re a different class of runner!

Overall we loved the race and 26 Extreme did a great job organising the 3 races in one day. The atmosphere was great, the route was well marked out and the aid stations were well stocked. The route itself was beautiful and made for a really interesting run. The free non alcoholic beer at the finish line was a nice addition, nothing says I’ve finished a long run like a cold beer!

The September race date is perfect to tie in with a long training run for the Dublin marathon (or on our case New York. Check out our New York marathon race report here).

I can’t praise this race enough! 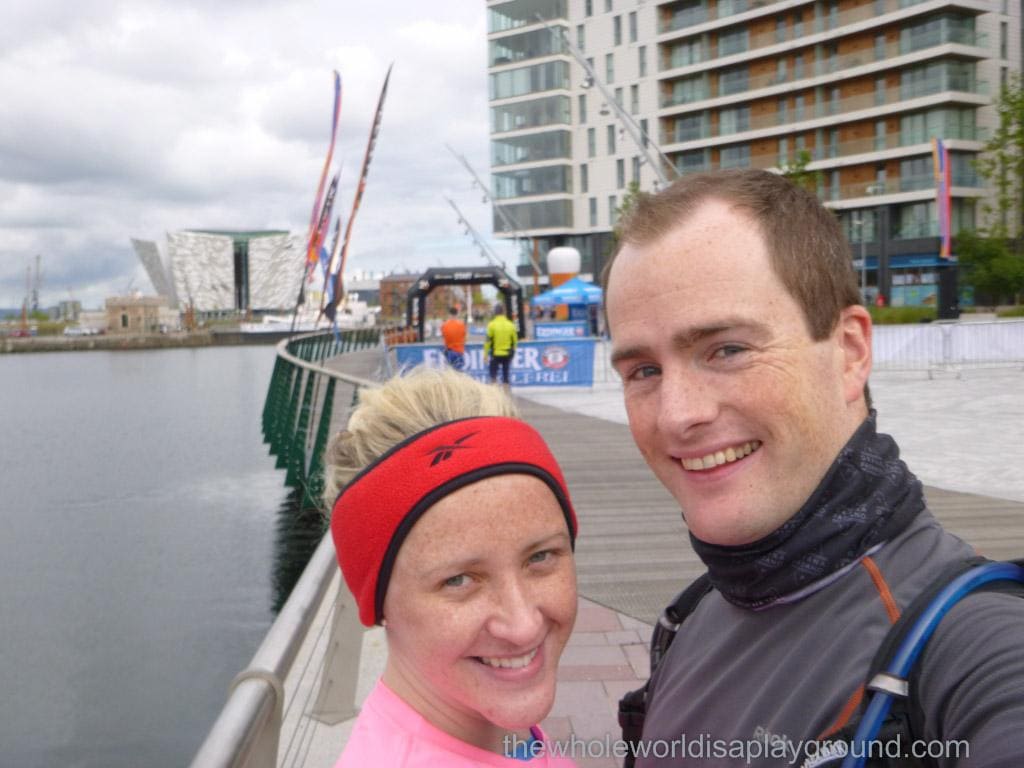 Our goody bag included a Buff

(the scarf/bandanna thing runners/cyclists wear!) and medals were given out at the finish line: 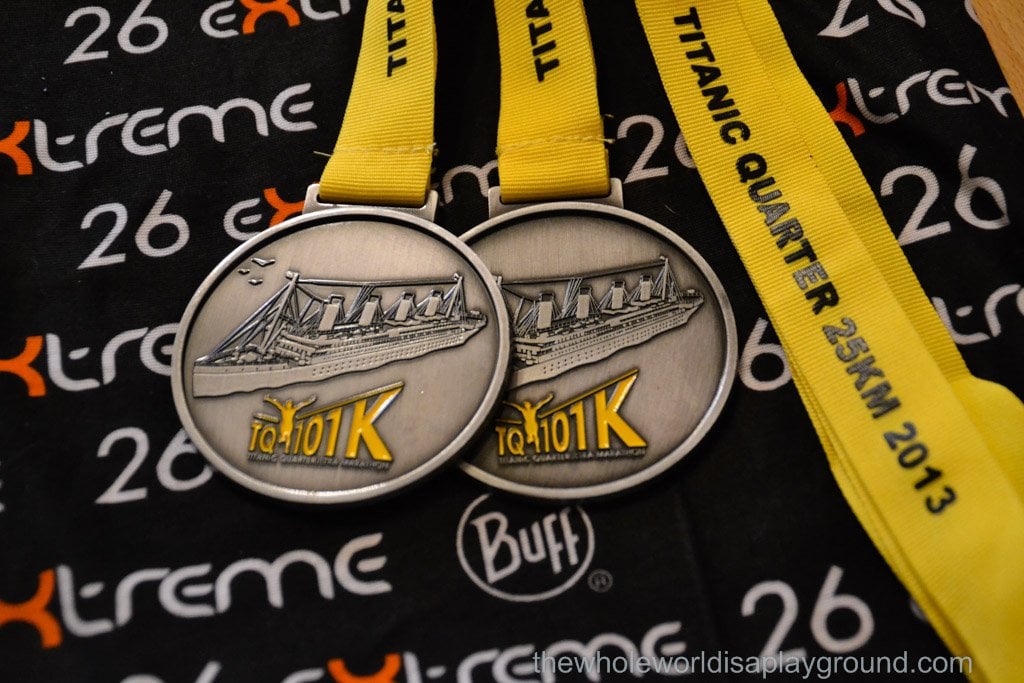 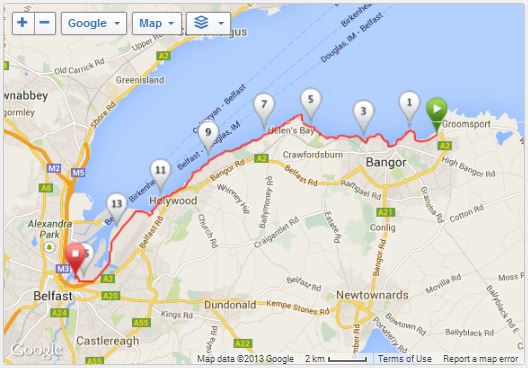 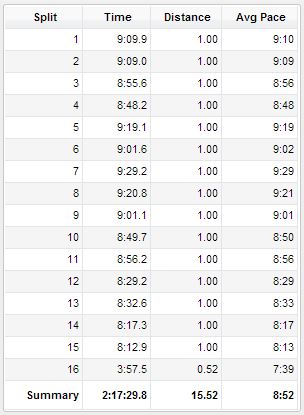 (the scarf/bandanna thing runners/cyclists wear!), the bus to the start line and a goody bag with snacks and vouchers.