We were in China and I had one small request: take me to the home of the pandas! OK, I really wanted to see the Great Wall as well but the pandas were most definitely in my China top two!

A quick two hour flight from Beijing and a lot of turbulence later we made it to the home of the giant panda and I was ready to be overwhelmed with the cuteness of the Chendu panda family! 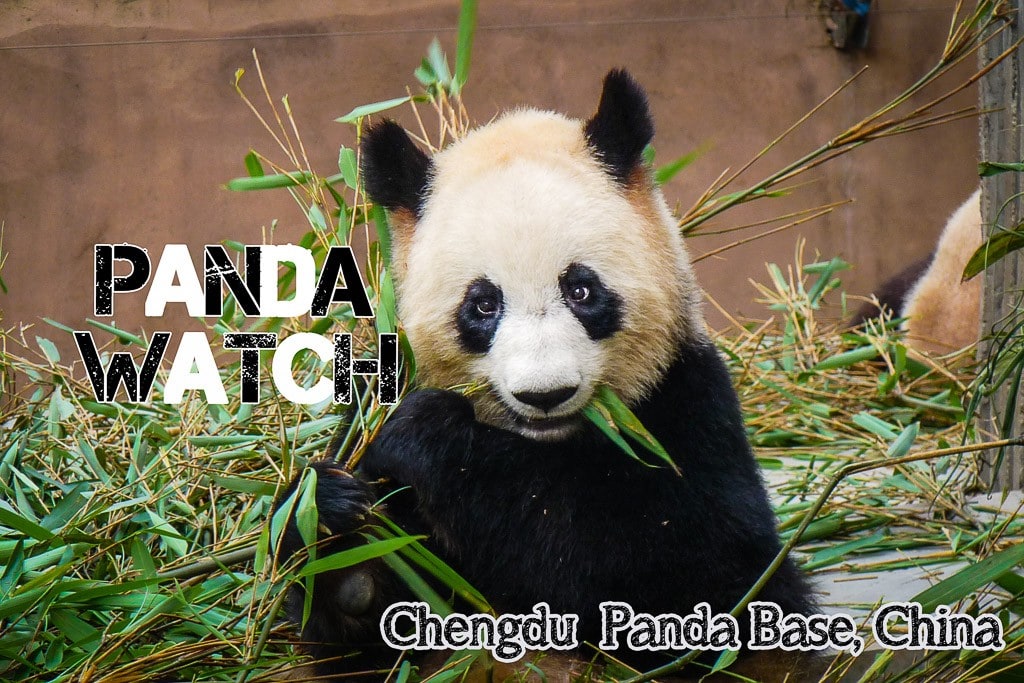 We arrived at the panda base early in the morning in the hope of avoiding the crowds and catching the pandas at their most active. Panda snack time and the cool morning temperatures resulted in some fairly lively pandas.

The pandas are housed in different enclosures throughout the park and, as we wandered through the park, it was lovely to see the giant pandas hanging out in their own habitats. The pandas are like cartoon characters tumbling around in slow motion!

My first panda sighting, an adorable panda exploring the caves: 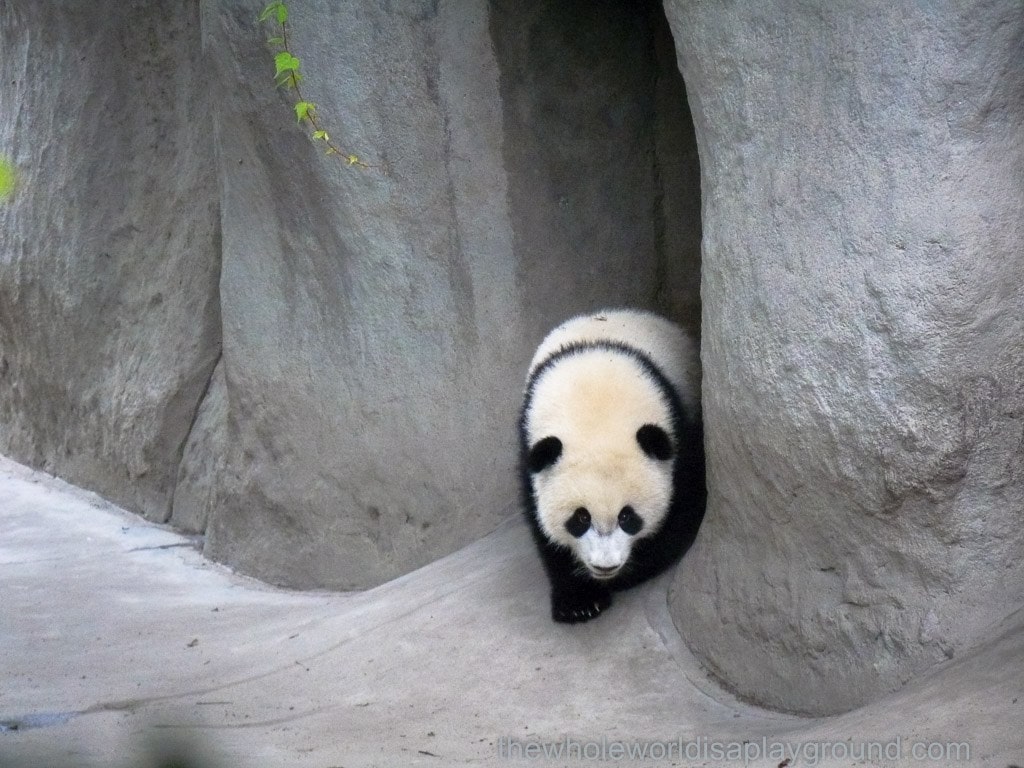 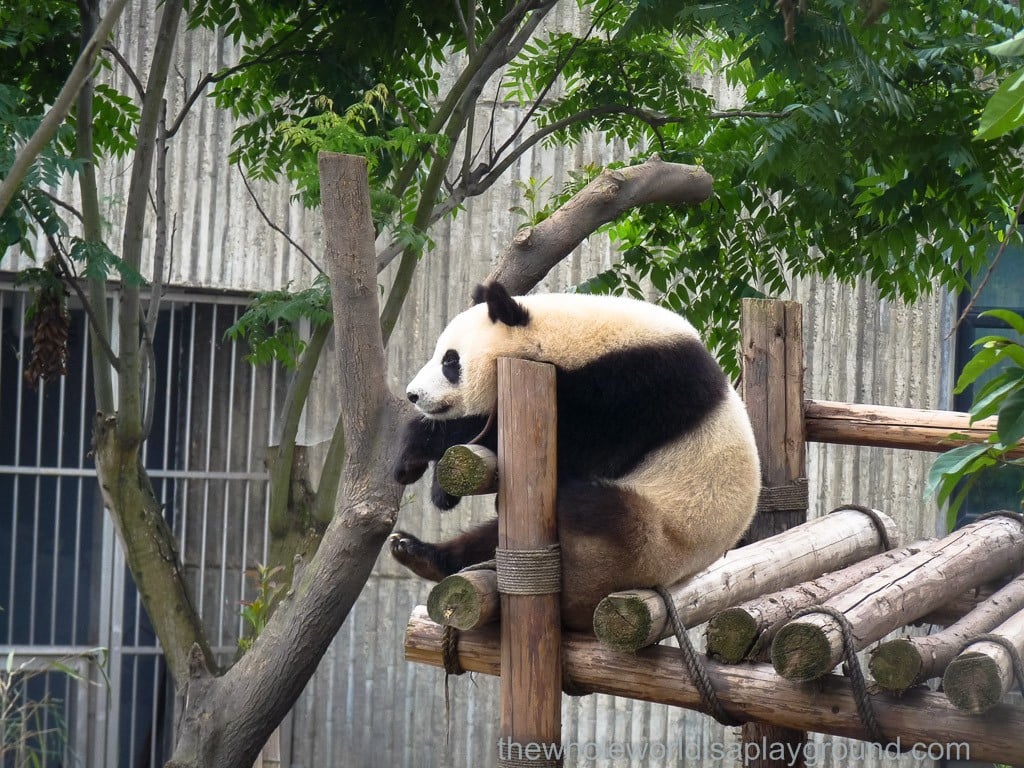 The adult enclosure is home to a big group of giant pandas and was one of my favourite areas of the park. The pandas were adorable as they tumbled around on the bamboo and it was fascinating to watch them interact and play with each other. 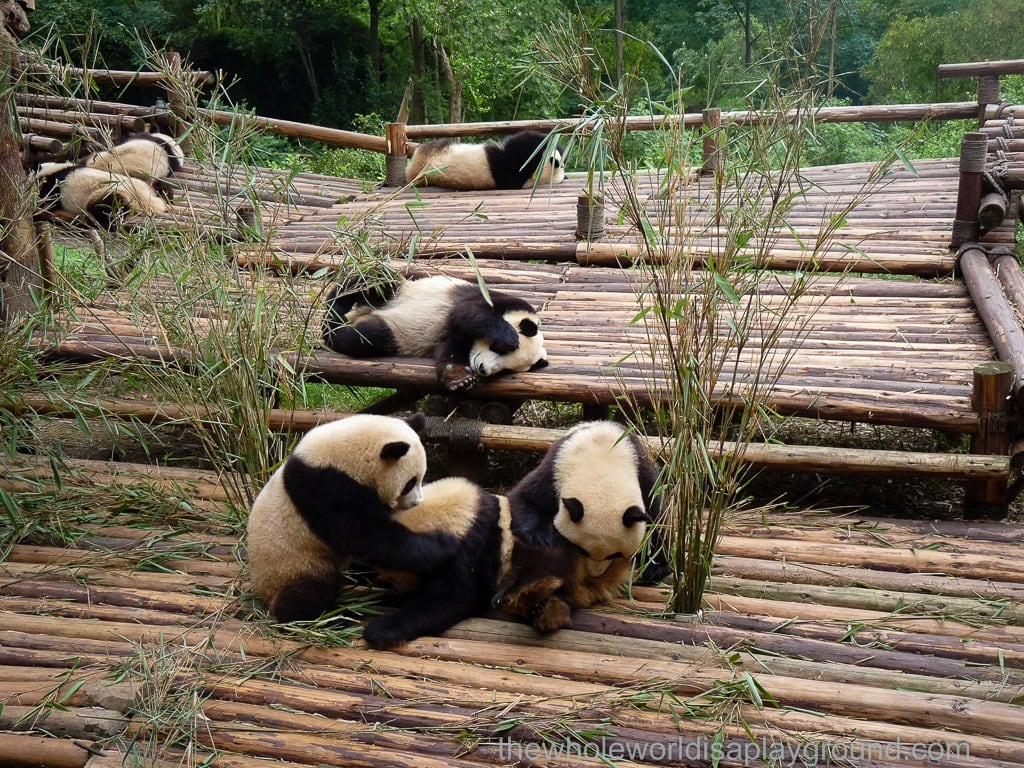 The pandas seemed right at home with the crowds watching them and were happy to play it up for the cameras! 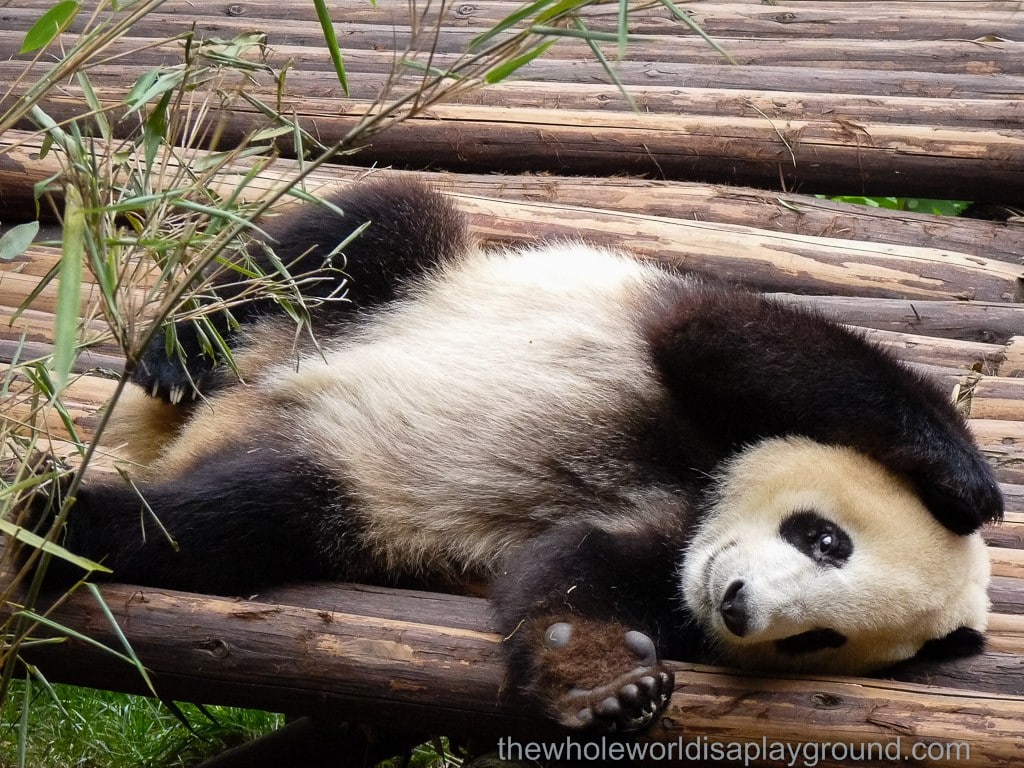 The giant pandas spend a considerable amount of the day snacking! The pandas eat up to 40kgs of bamboo every day consuming the leaves, shoots and stems so it’s understandable that it takes the best part of the day! 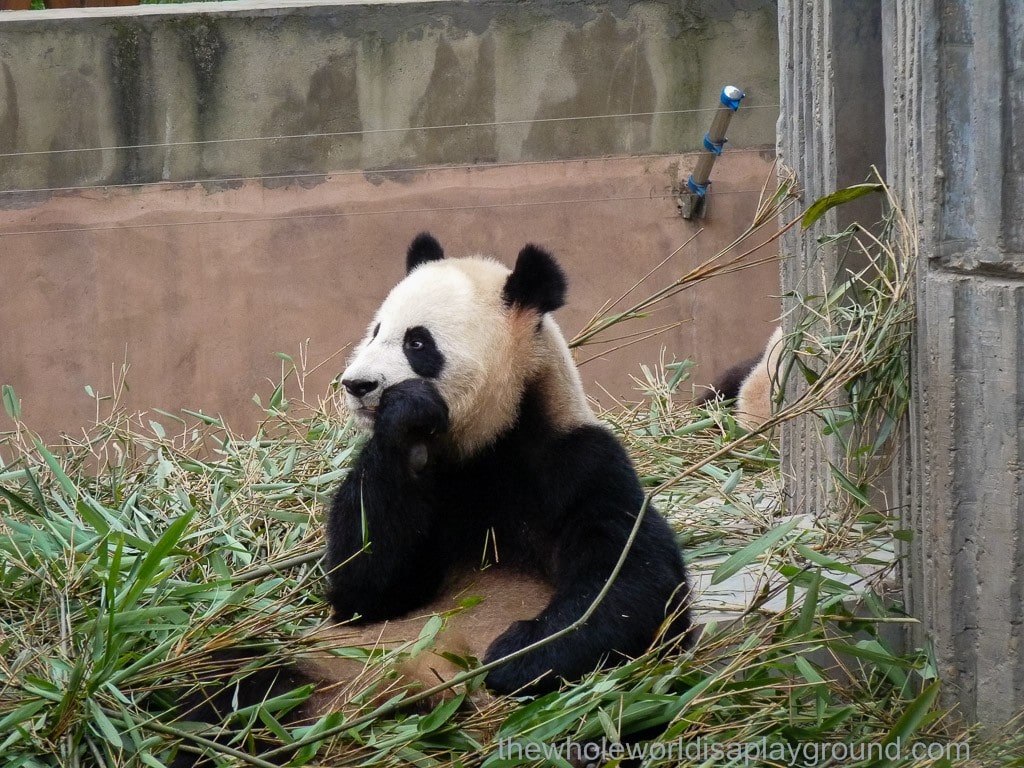 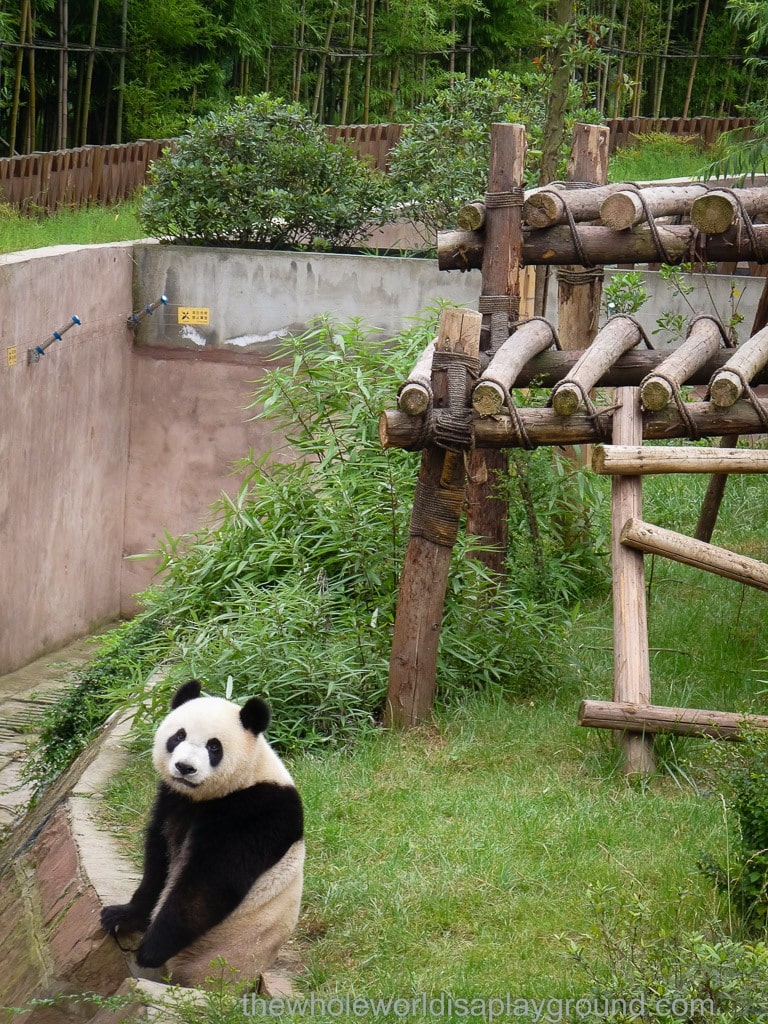 There are signs warning that the red panda can get fierce so I didn’t get too close when one wandered past me on the path! 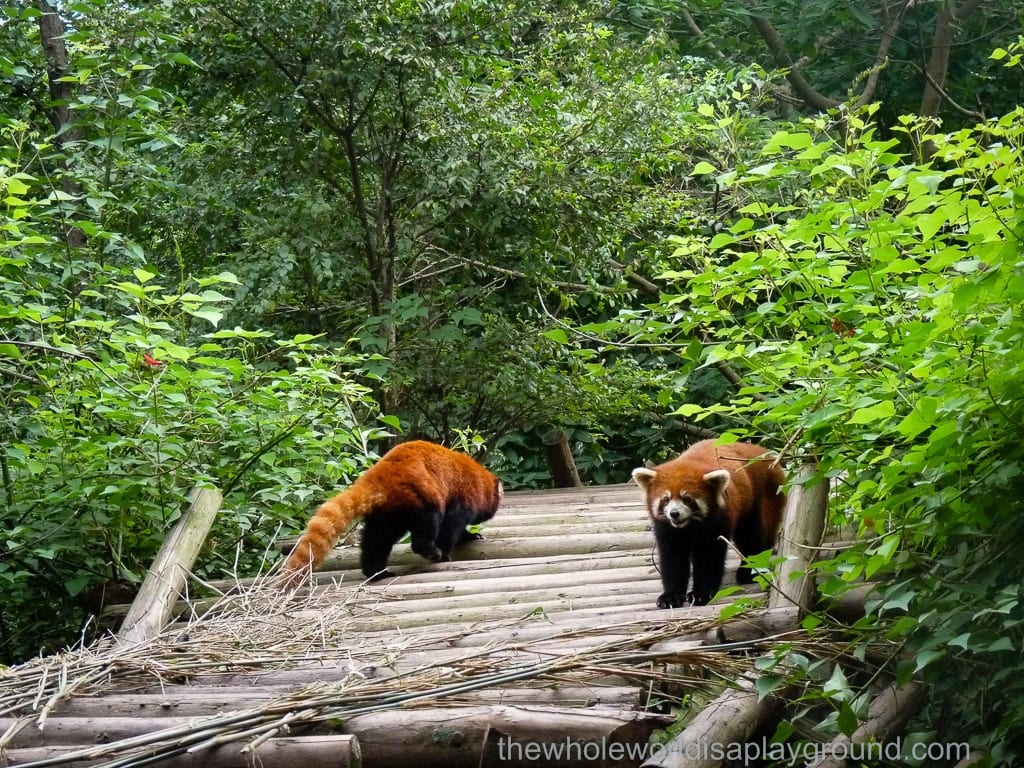 Up close and personal with the pandas

It was amazing to see the pandas up close. Some of the enclosures were relatively quiet and we were able to hang out with the pandas one on one (from behind the fence of course!). 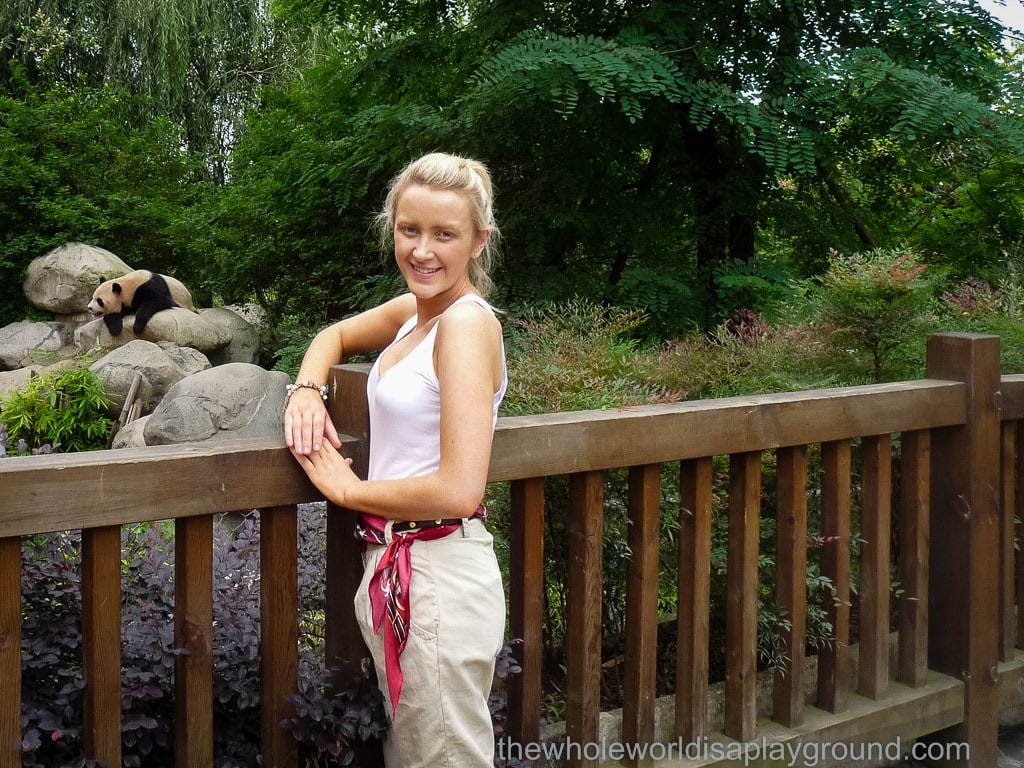 It is possible to hold a small panda at the Sunshine Panda Nursery with a donation of 2000 RMB (USD 340) which includes some merchandise and staff take photographs of the occasion.

The panda base is set in 165 acres of parkland and is beautifully landscaped with rivers, lakes, brooks, wild bamboo forests, rocks and caves which enhance the pandas natural environment. The park is home to other wildlife including butterflies, swans, peacocks and birds.

For 10 RMB a pass can be purchased for the motorised buggies which navigate the park and move visitors between the enclosures. 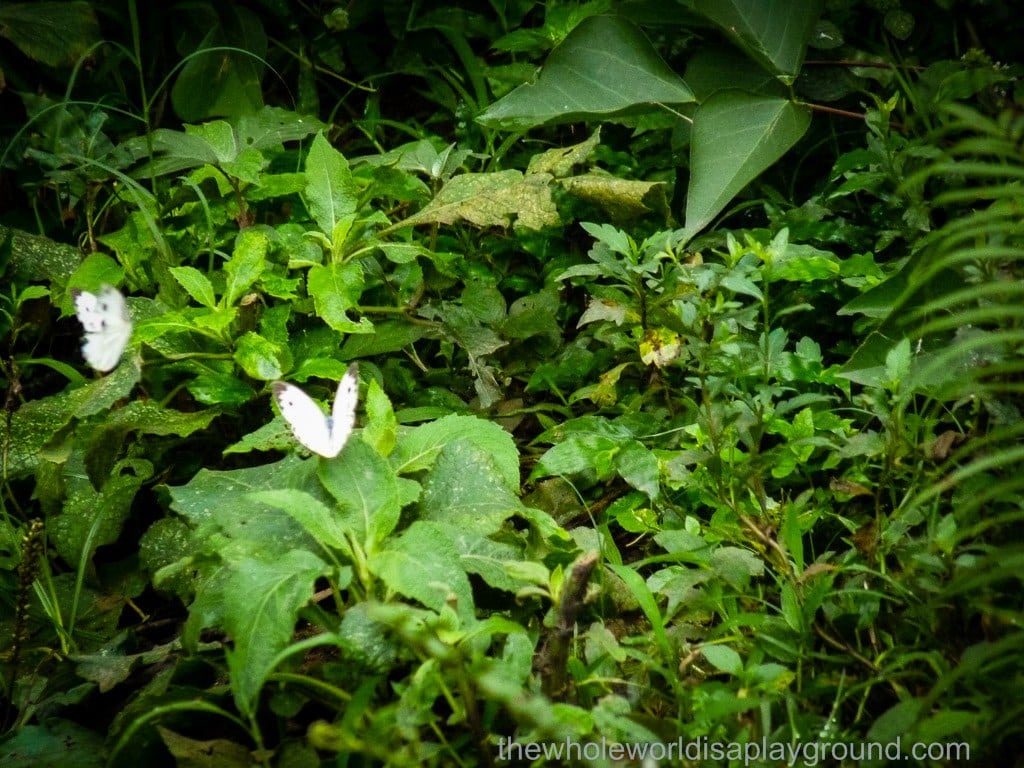 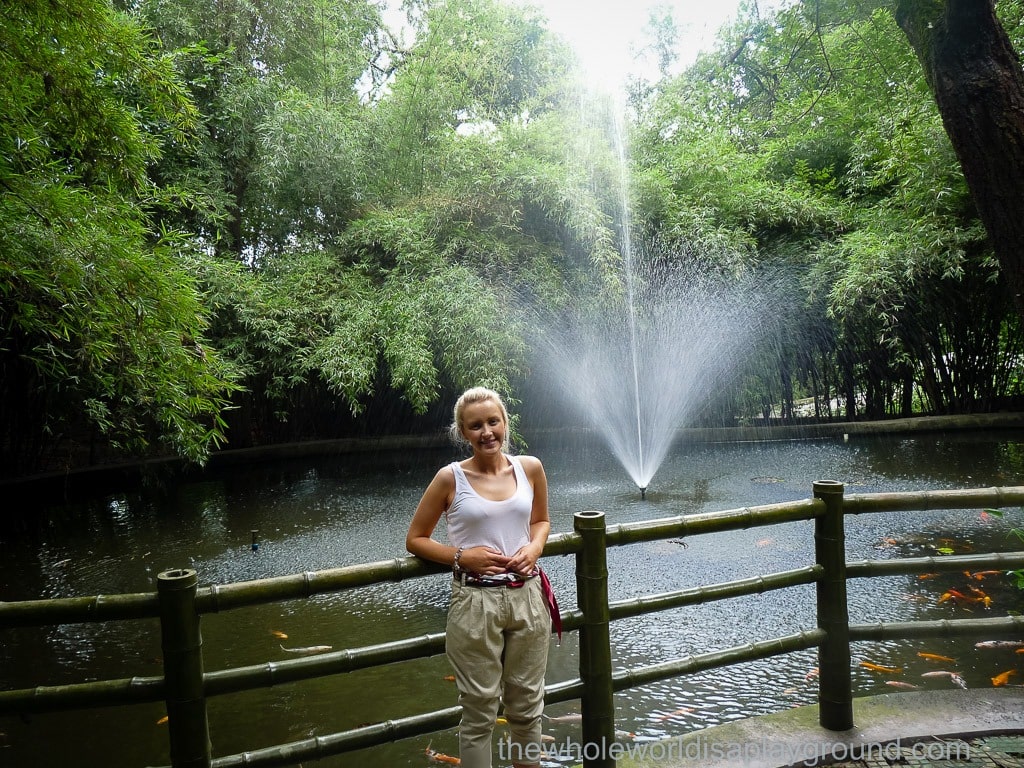 Later in the Day

As the day progressed and the temperature rose the giant pandas got tired and some were flat out asleep in their enclosures! When the temperatures reach 25 degrees the pandas retreat to their air conditioned caves and they’re hard to spot. 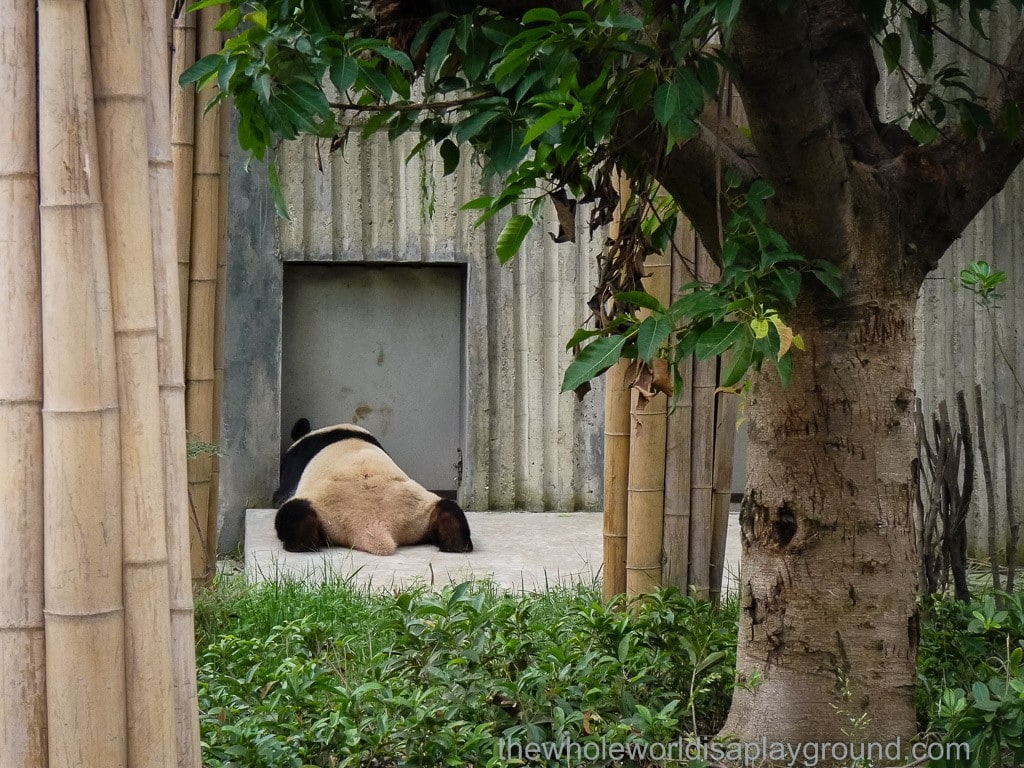 The pandas weren’t the only ones exhausted later in the day! After miles of walking and hours of adorable panda watching we were ready to head back to the luxury of our hotel and chill out for the evening.

Our day with the pandas had been spectacular and seeing them up close was an amazing, once in a lifetime experience, and totally worth the trip from Beijing.

Giant Pandas are an endangered species with a population of less than 2000 and the Chengdu Research Base of Giant Panda Breeding is a not for profit organisation established in 1987 with the aim of rescuing and protecting the endangered giant panda species. The base began with 6 giant pandas and now has a thriving population of over 100 pandas. 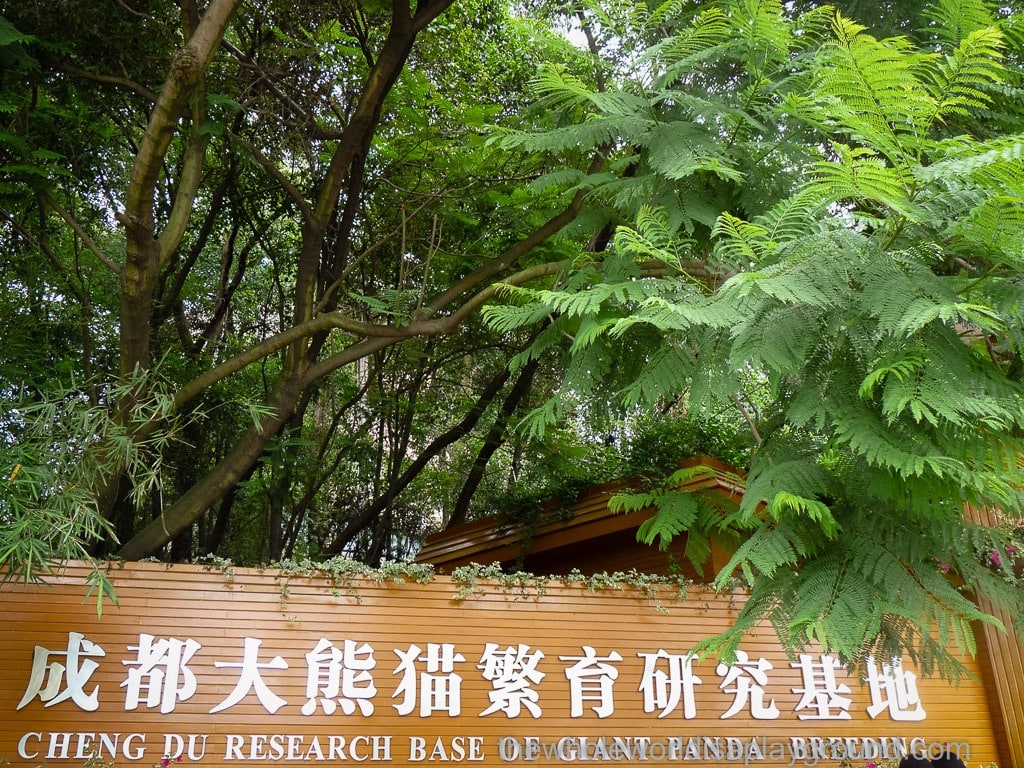 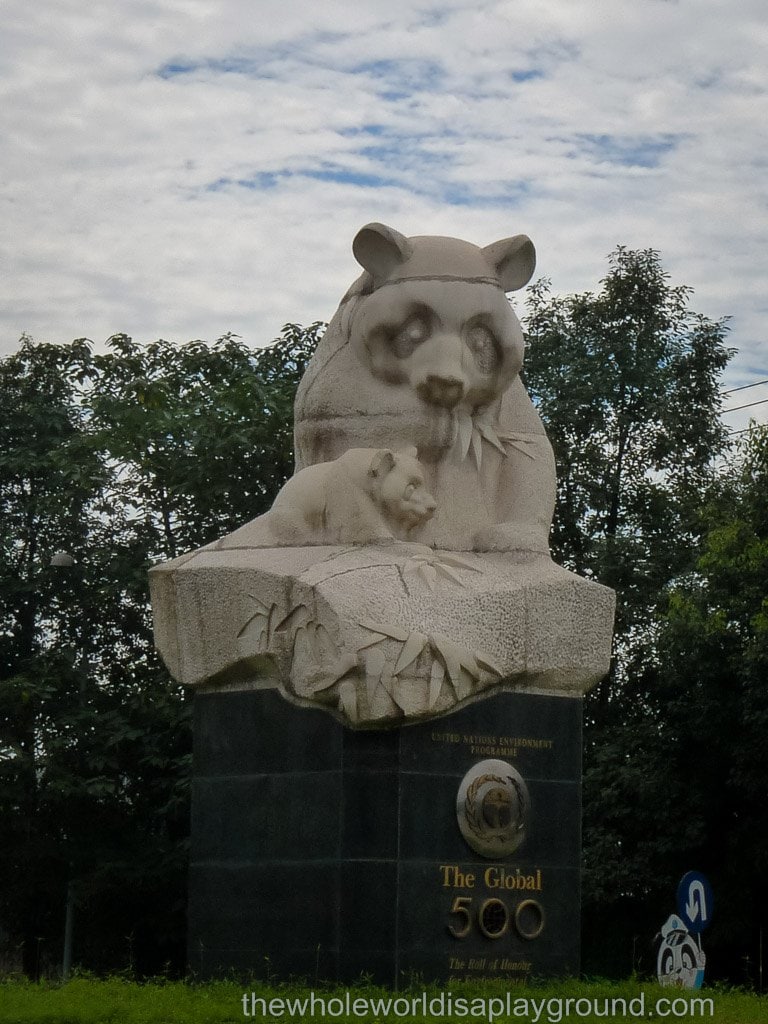 Getting there: The Chengdu Panda Reserve is located 10km north of Chengdu and is accessible by car, bus and metro. Directions are available on the Chendgu Panda Reserve website.