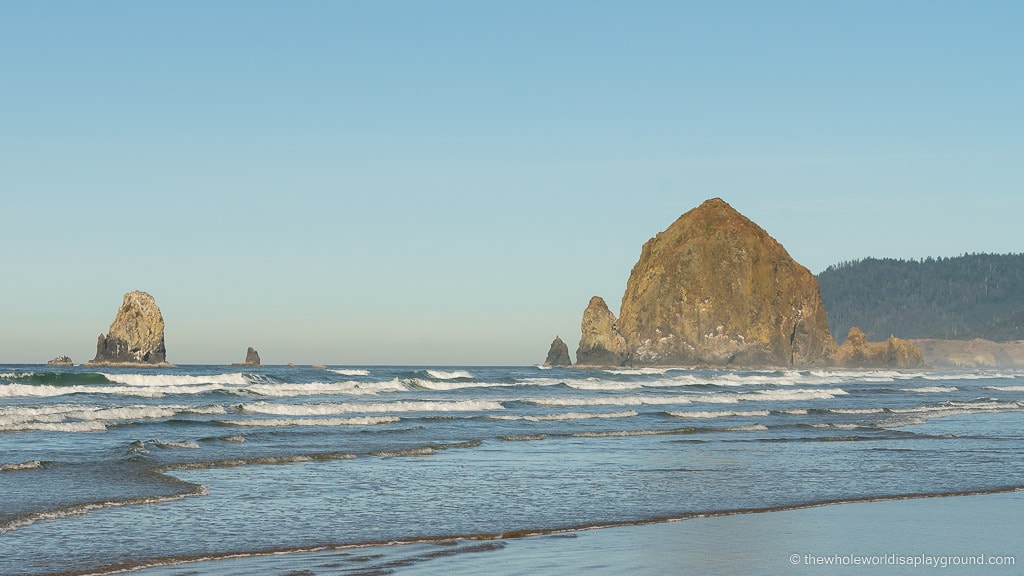 Nothing stokes nostalgia for the 1980’s more than checking out the original Goonies filming locations in Oregon! There was a time after the movie was released when every 80’s kid wanted a treasure map and to go in search of One-Eyed Willy’s lost treasure!

Any Goonies fans planning an Oregon trip should make sure Astoria is on their list as it was here that the majority of the iconic Goonie movie scenes were filmed. We’ve put together this list of our favorite Goonies filming locations near Astoria, including a map of all the locations and tips for visiting them all.

Map of the Goonies Filming Locations

This is easily one of the most recognisable Goonies filming locations in Astoria. The county jail in Astoria was the jailhouse where Jake Fratelli was held until his family helped him escape. It’s possible to visit the cell where he was held and the actual jeep that was used by the Fratellis is usually parked out in front of the jailhouse.

The county jail is now home to the Oregon Film Museum which celebrates the history of film-making in Oregon. The self-guided tour of the museum is short at less than 30 minutes but visitors can see the cell where some of the Goonies scenes were actually shot.

This is probably the most famous Goonies filming location in Astoria and the one that all Gonnies fans will want to see in person. The owner of the house has welcomed back Goonies fans in recent months (some of our readers have mentioned there is a donation box on the drive). Visitors are requested to respect parking restrictions and only access the drive way by foot.

The Goonies Filming Locations tip: as with any private property, please respect the owners’ wishes when visiting the Goonies house.

Data’s House is located next to the Goonies house on the same private road.

Mouth’s house featured in some early scenes in the movie and is a short drive up the hill from the County Jail. The front of the house is in one scene and in another Mouth is his bedroom with the view from the actual location behind him visible out through the window

Be sure to make a quick stop at the cross walk opposite Astoria Coffee Co in Astoria. It is here where Rosalita is seen crossing the street as the Fratellis speed past with the cops in pursuit.

The scene where Chunk, holidng his pizza and milk shake, sees the car chase through the window of is shot from the Lower Columbia Bowling alley.  Today the building is still operating as a bowling alley and you can see the glass where Chunk viewed the car chase from.

One of the most beautiful buildings in Astoria is the Astoria Historical Museum. In the movie the Goonies cycle down the hill past the museum in search of One Eye’d Willie. Mikey’s father, Mr Walsh, worked as a museum curator. Visitors to Astoria can do a self-guided tour of this historic house that lasts around an hour.

Ecola State Park is home to several Goonies filming locations that visitors will instantly recognise from the movie.

One of the best-known locations is the spot where the Fratelli’s had their hideout and where the Goonies started their treasure hunt. Known as the Lighthouse Lounge in the movie, the hideout was purpose-built for filling and taken down afterwards. Today you can visit the location of the scene where a small structure stands in place of the hideout in the movie.

The second scene is when the Goonies stop on their bikes when searching for the start of the treasure map. This scene is from along the Indian Beach trail through Ecola State Park.

There a numerous other scene shot in the park and the road where Mikey’s brother (Brandon) is pushed off his bike is in the area.

The magnificient Cannon Beach is where the Fratelli car chase came to an end. It was the location of the 3rd Annual ORV Ralley and was filled with cars and spectators in the scene. Cannon Beach is also where the final scene from Point Break was filmed

The scene with Andy at cheer practice was filmed at John Warren Field. Unfortunately, the site is now the location the Columbia Memorial Hospital but some of the grassy area from John Warren field is still visible.

It’s often thought that the final scene in the movie, where One-Eyed Willie’s ship sails into the sunset, was not shot at Indian Beach. In fact, the final scene from the Goonies was shot at Goat Rock Beach in California.

12 thoughts on “11 Goonies Filming Locations You Can Visit”