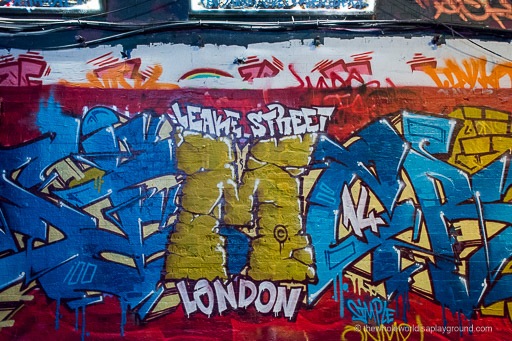 The husband is always on the hunt for cool photo opportunities wherever we go and he definitely lucked out when we came across Leake Street in Central London. He read about the dark graffiti filled tunnel and decided it was his photography dream! A post brunch detour was required and off we went to explore Leake Street! 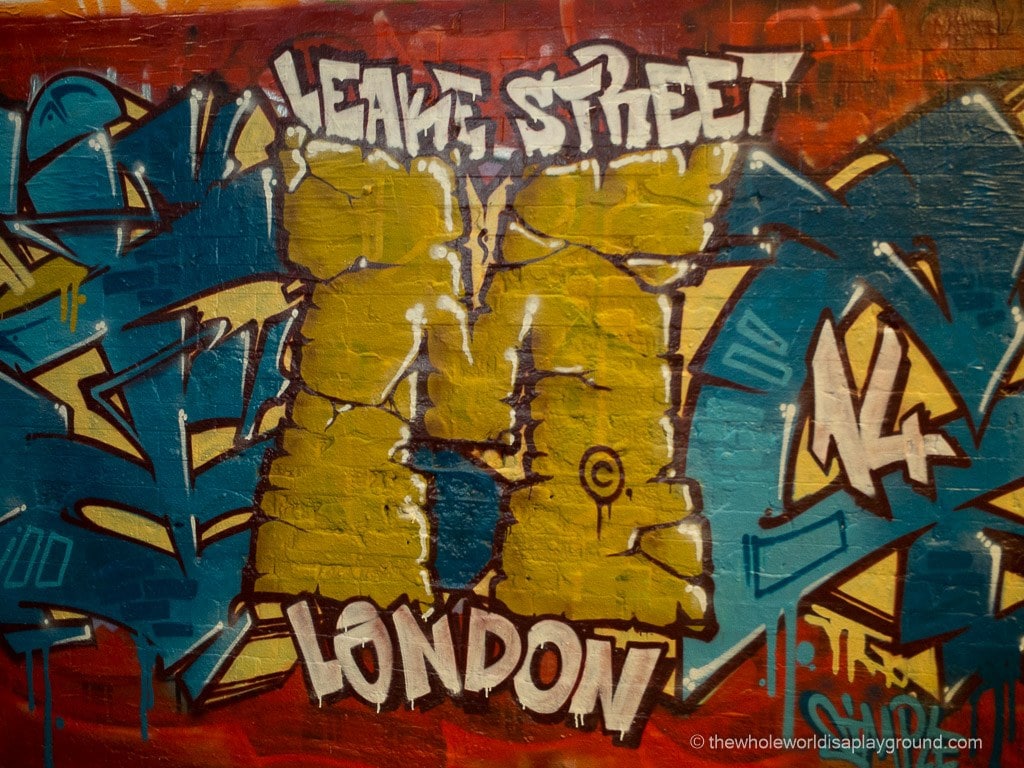 Leake Street is underneath the platform and tracks of Waterloo station in the shadow of the London Eye. The tunnel has been declared an authorised graffiti area and it’s no surprise that Banksy had a hand in its inception. The tunnel was created during a 2008 ‘Cans’ festival organised by Banksy and his aim was to ‘transform a dark forgotten filth pit into an oasis of beautiful art’. 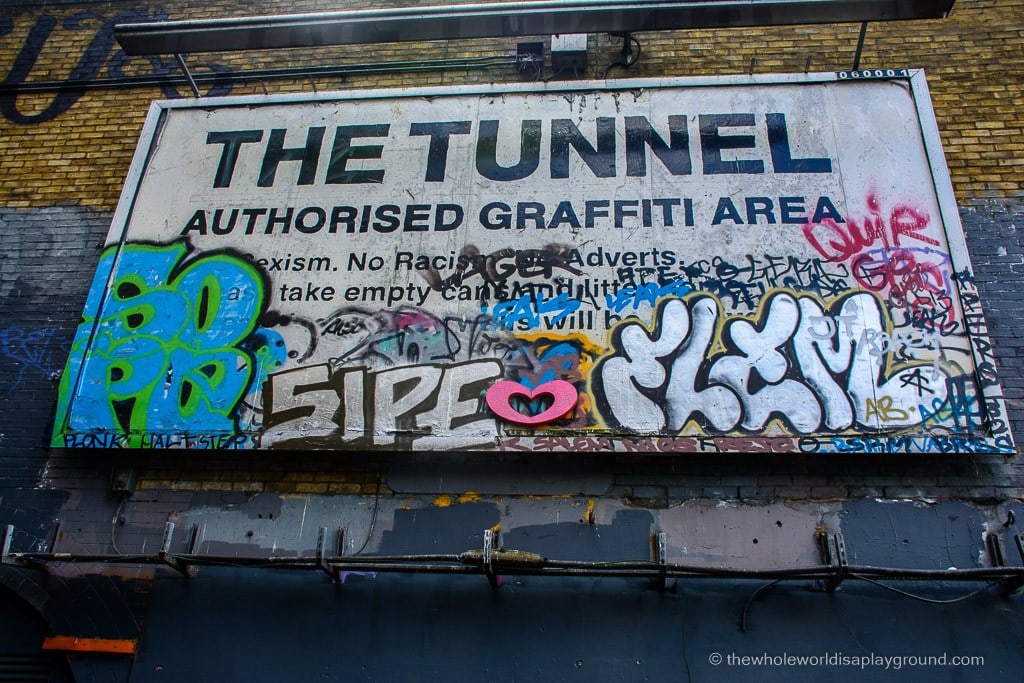 The once disused tunnel has been transformed into a street art mecca filled with grafiti, bright colours and artists at work. It might look dark and abandoned but the activity behind the gates tells an incredible story. Given its status as an authorised graffiti tunnel, the artwork and backdrop is constantly changing. 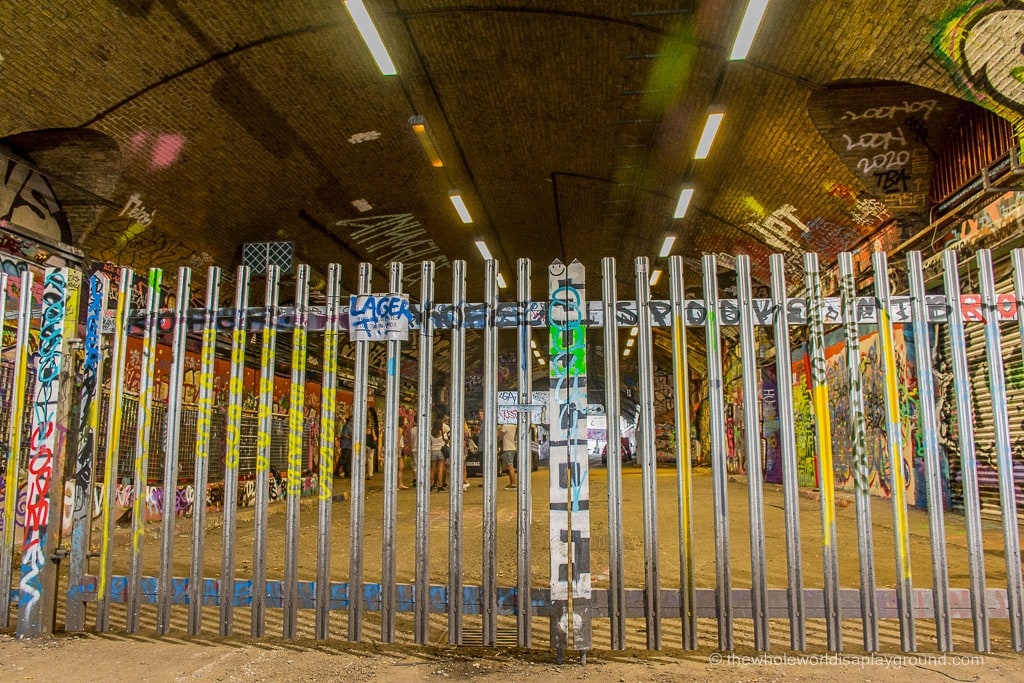 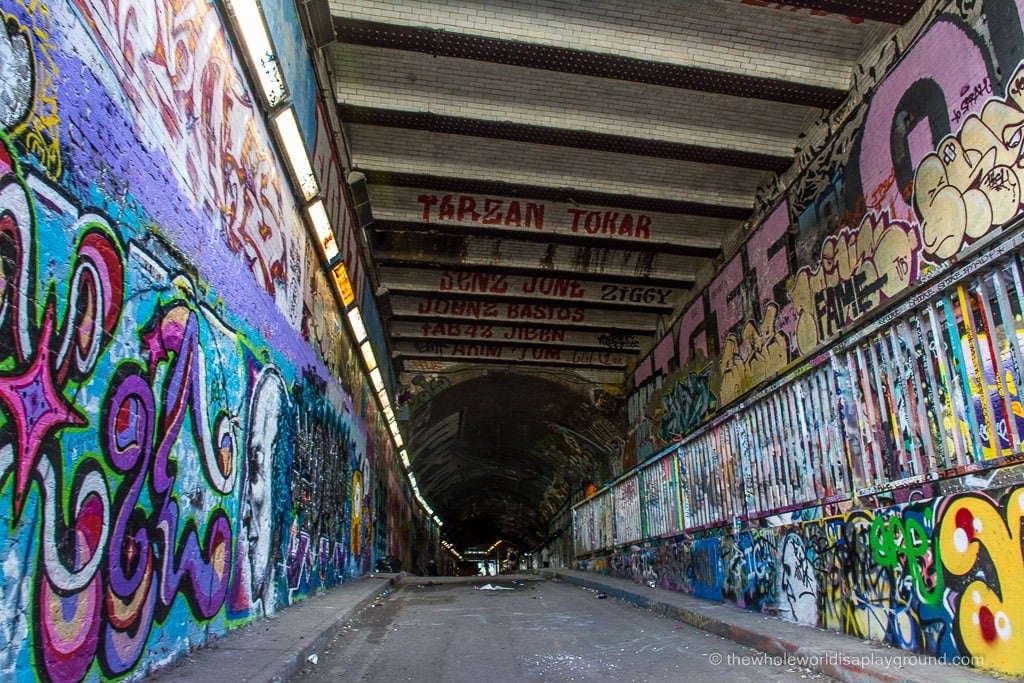 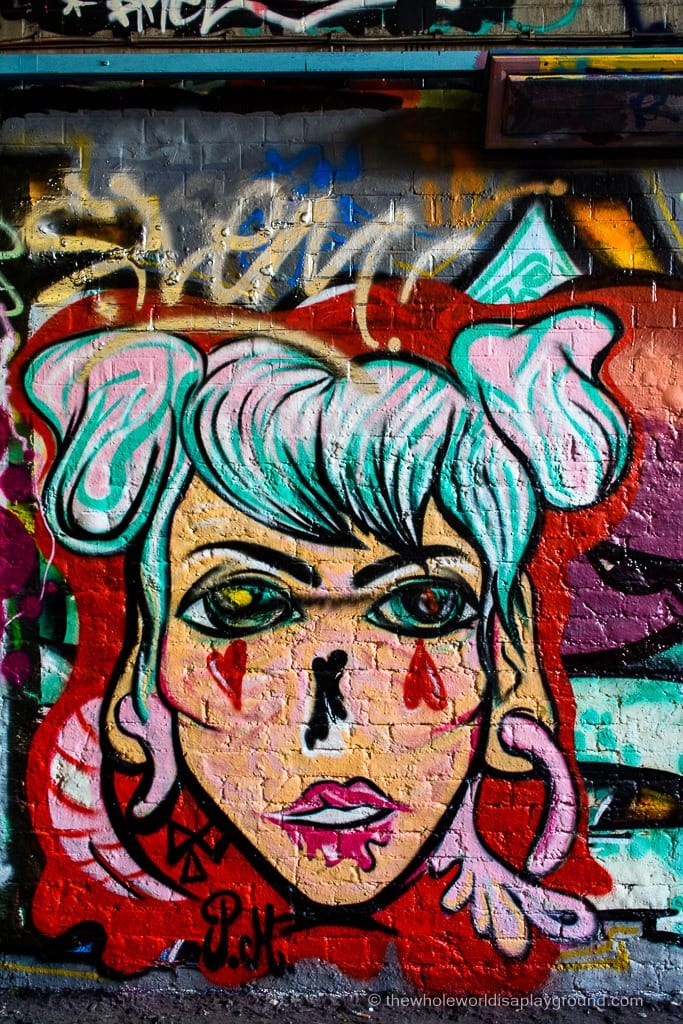 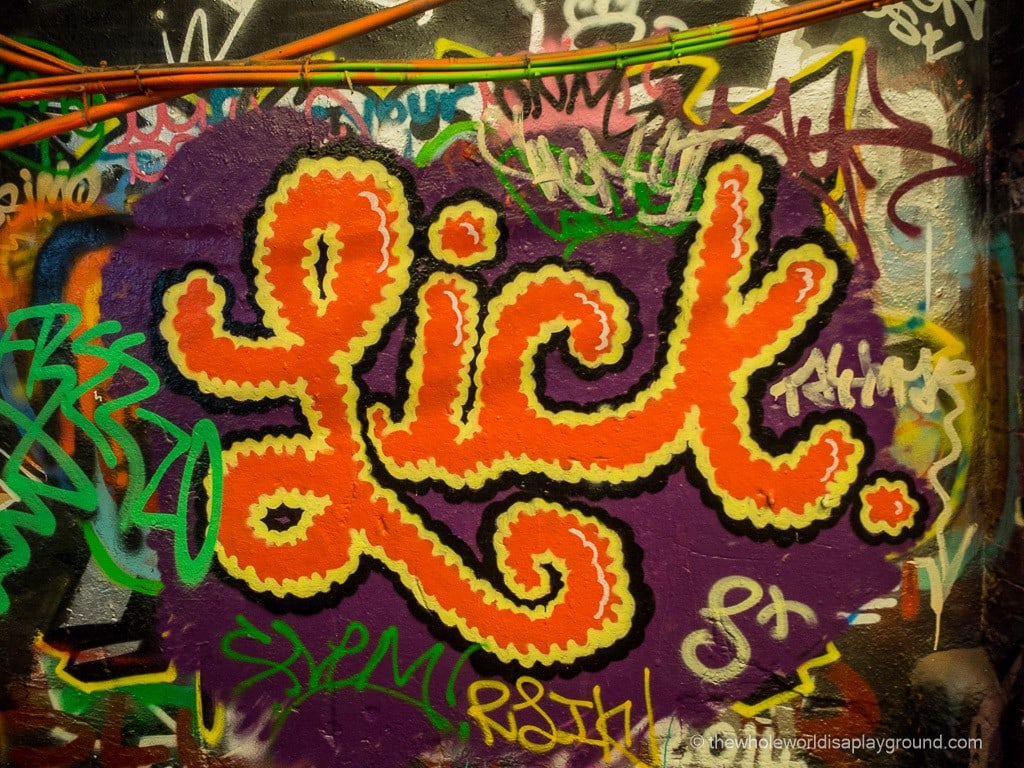 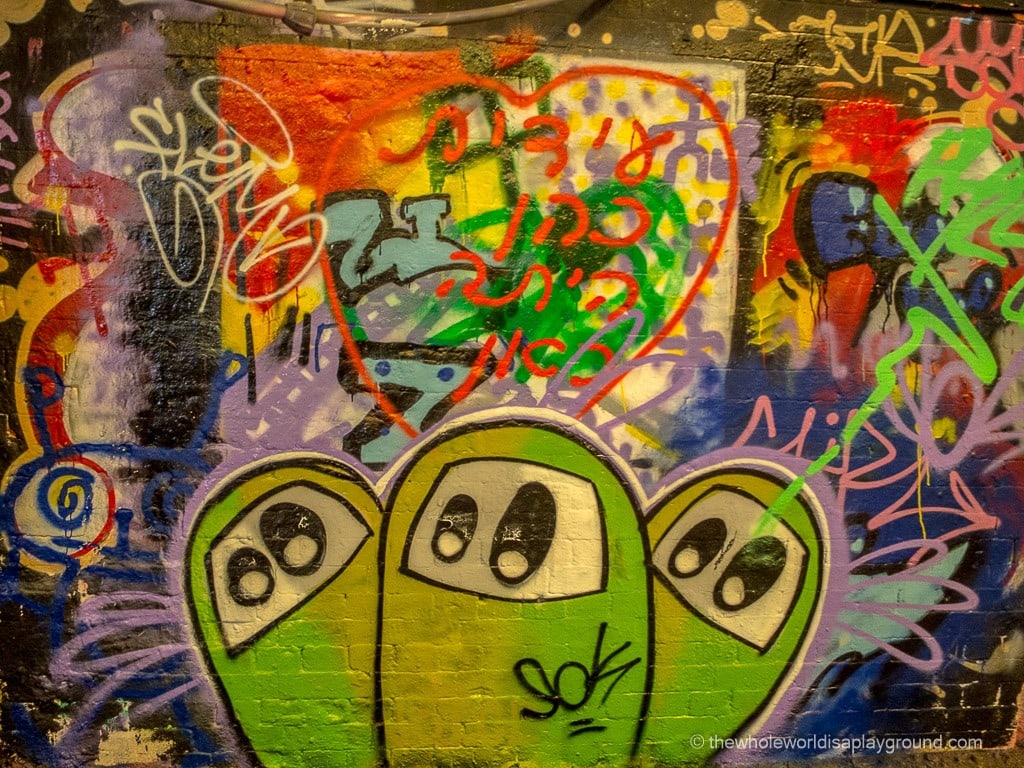 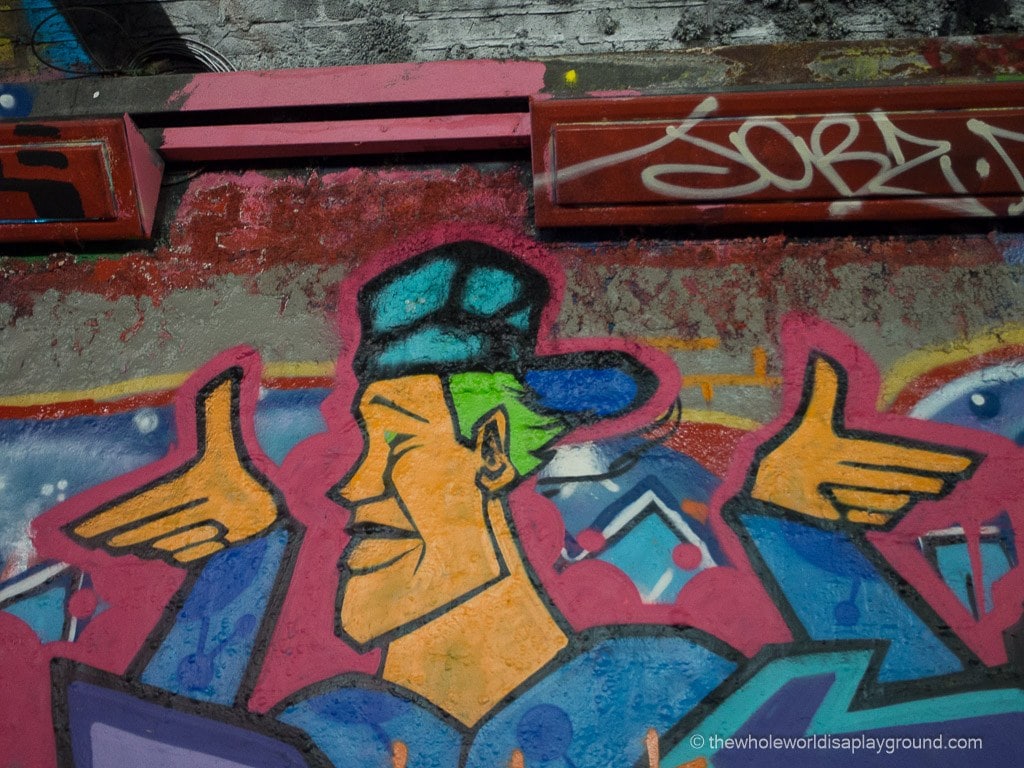 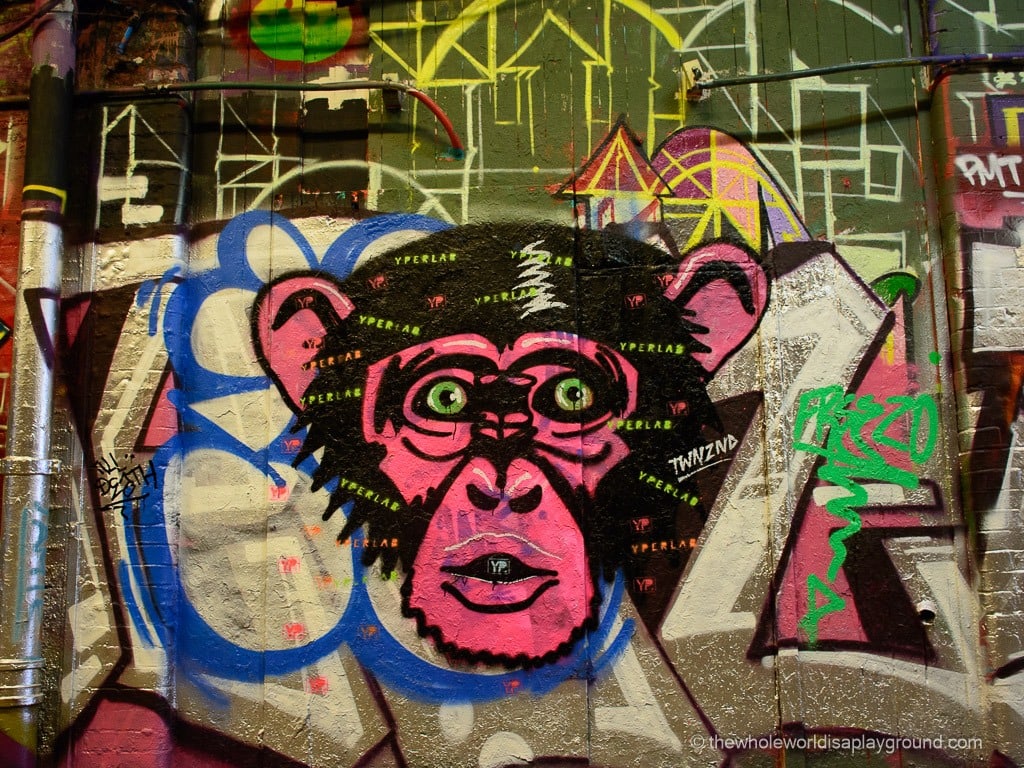 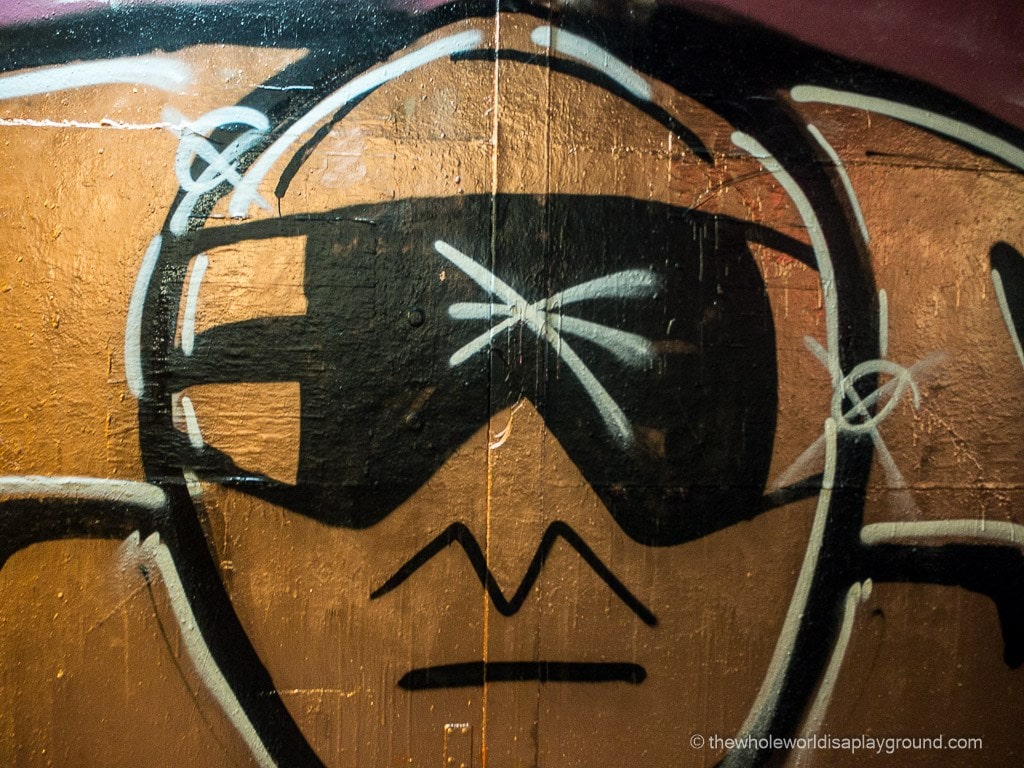 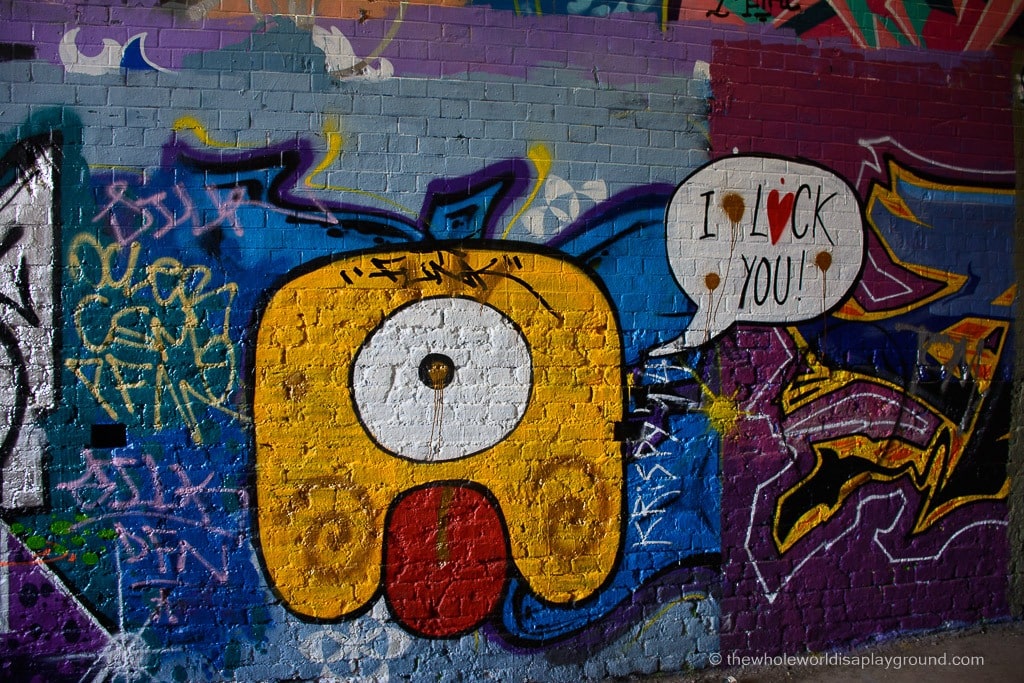 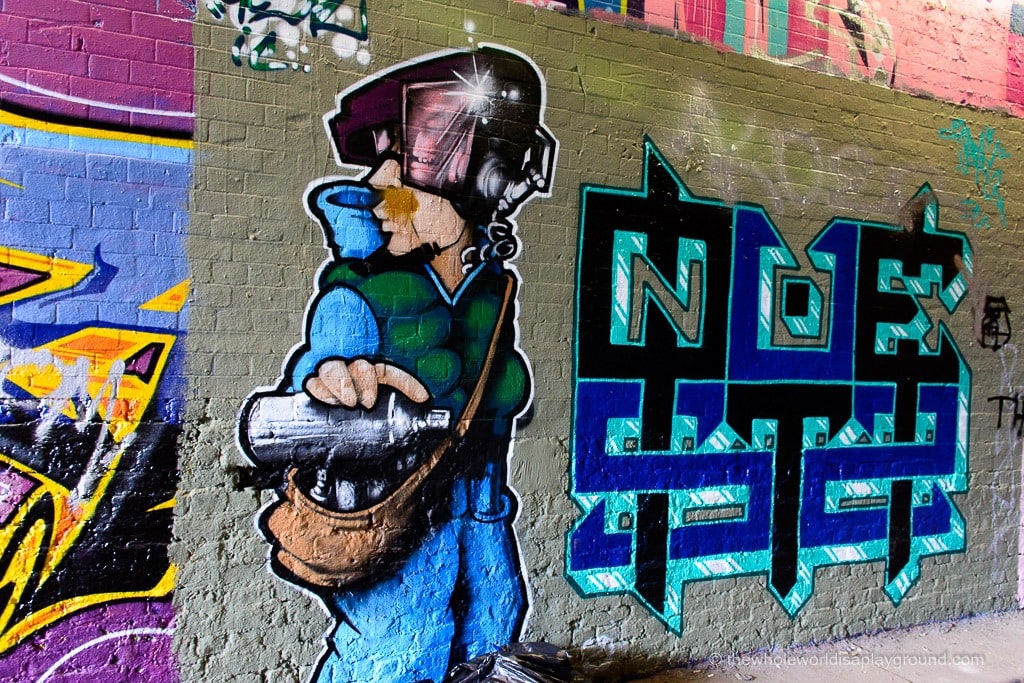 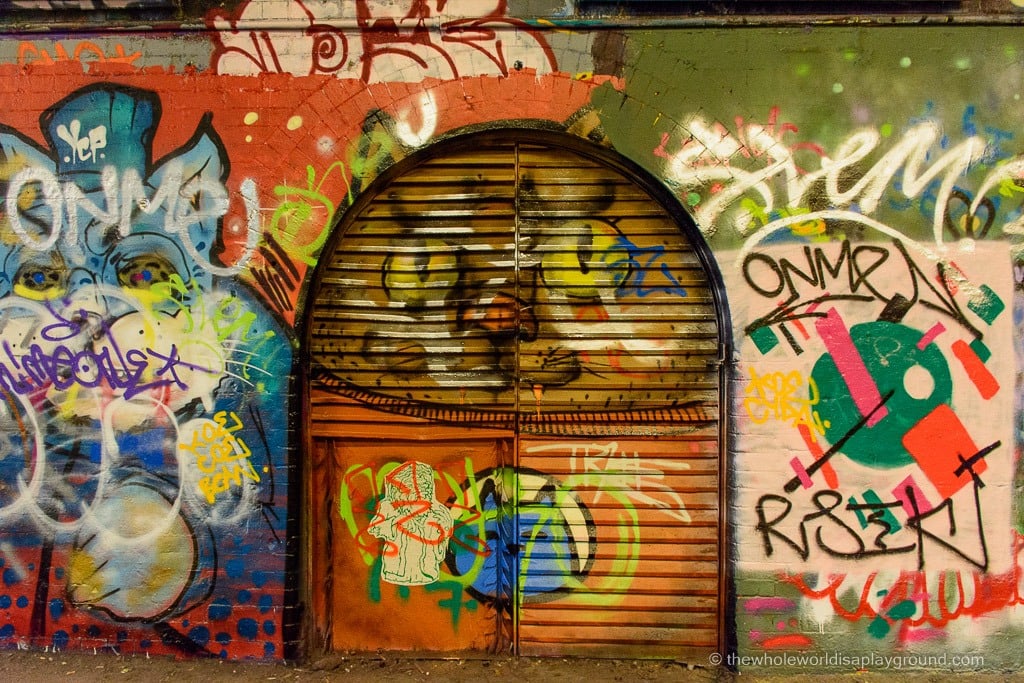 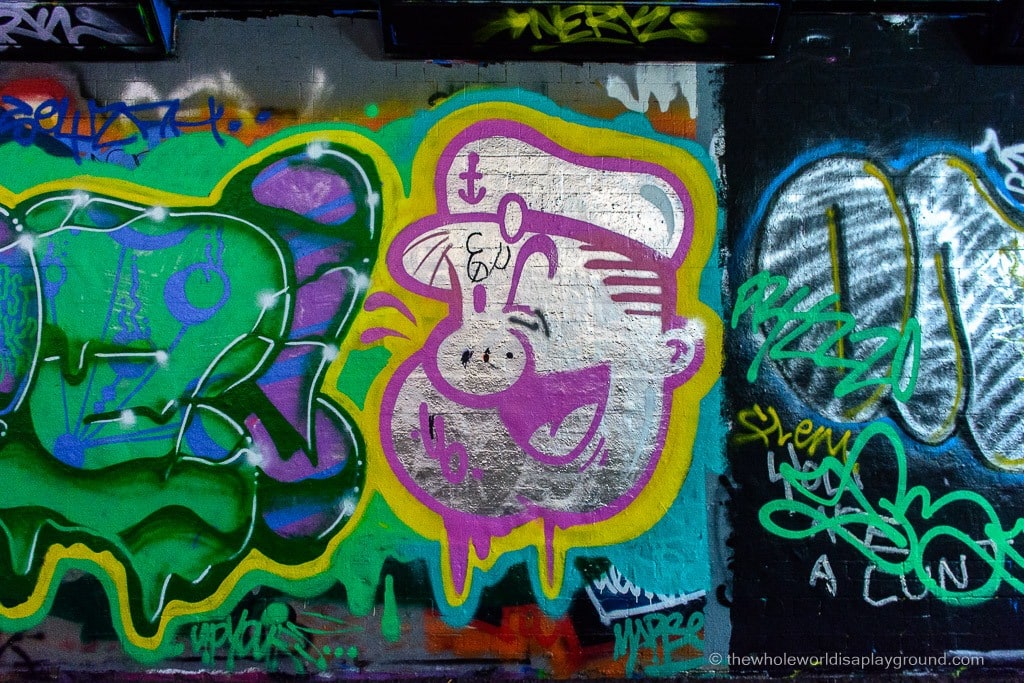 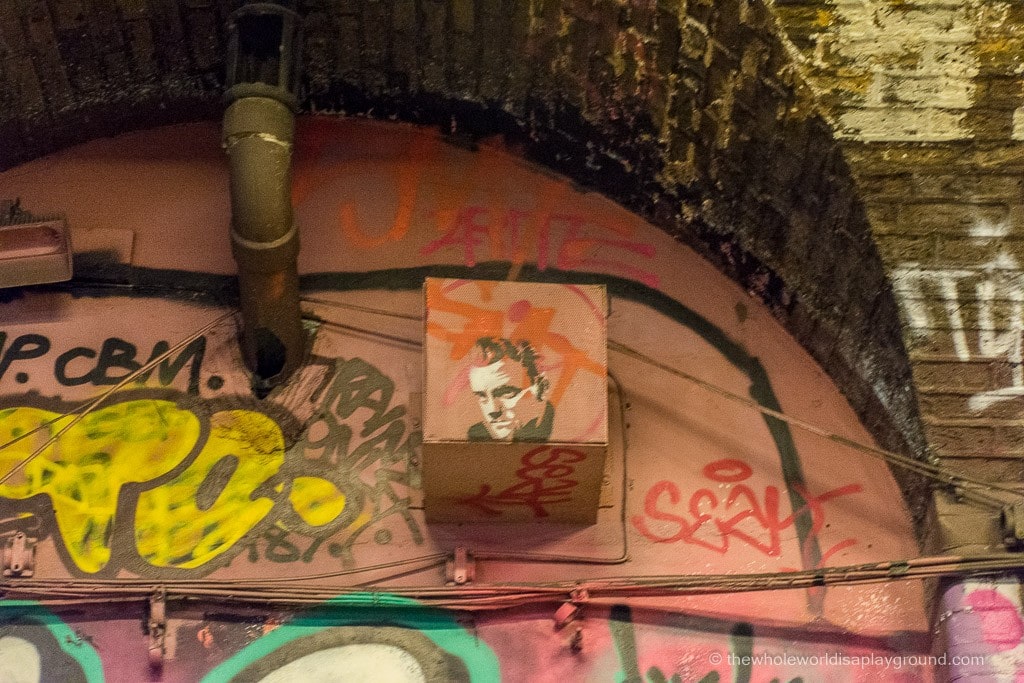 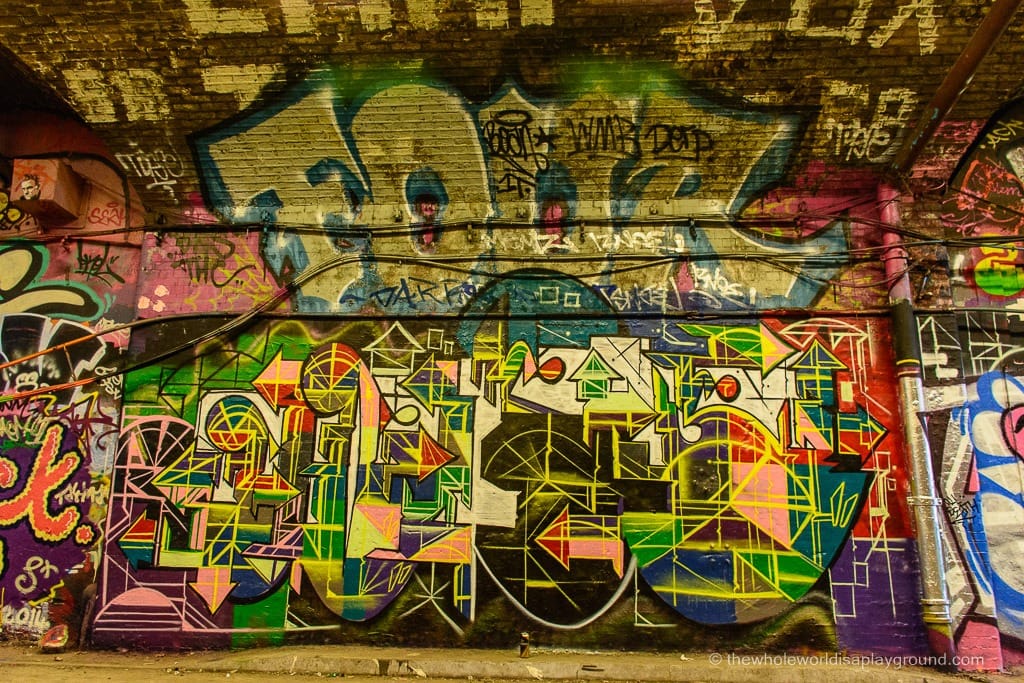 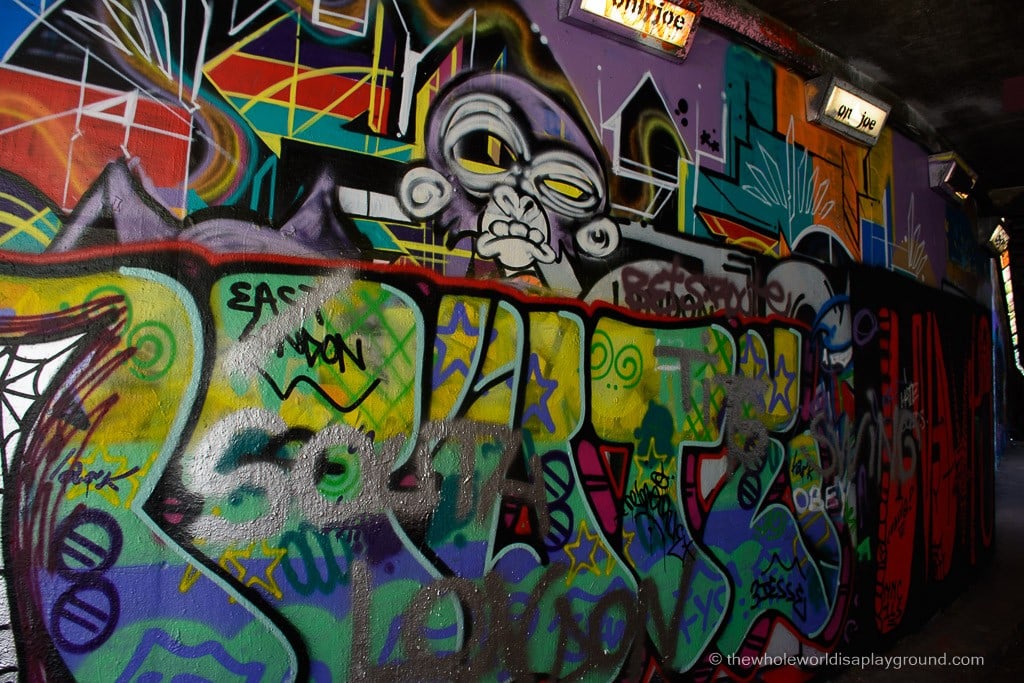 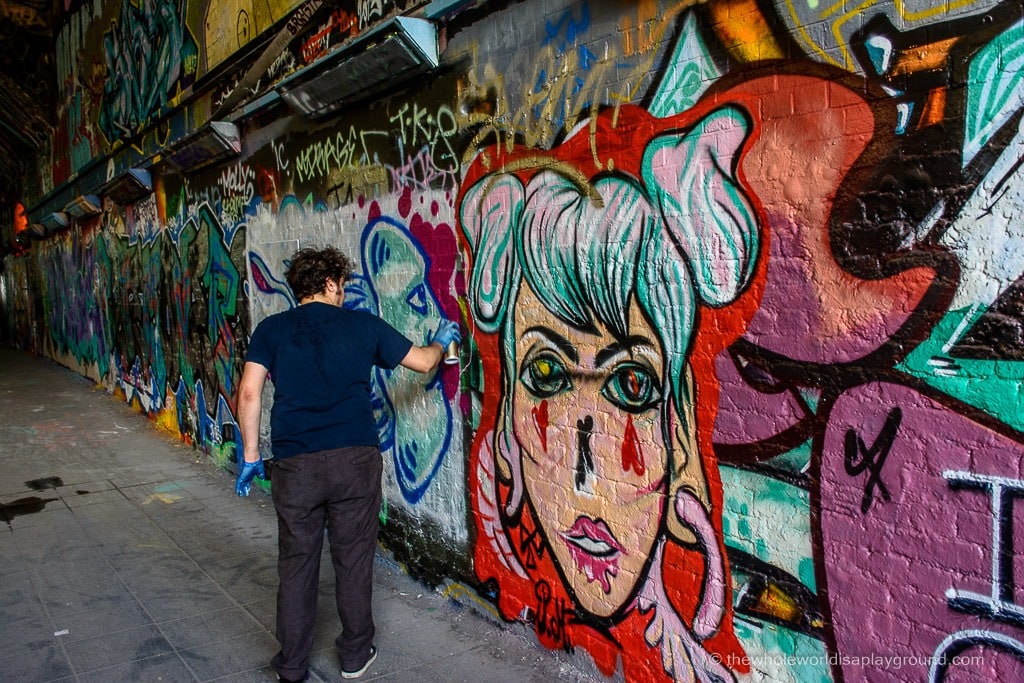 Location: Leake Street is located around the corner from Waterloo Station,