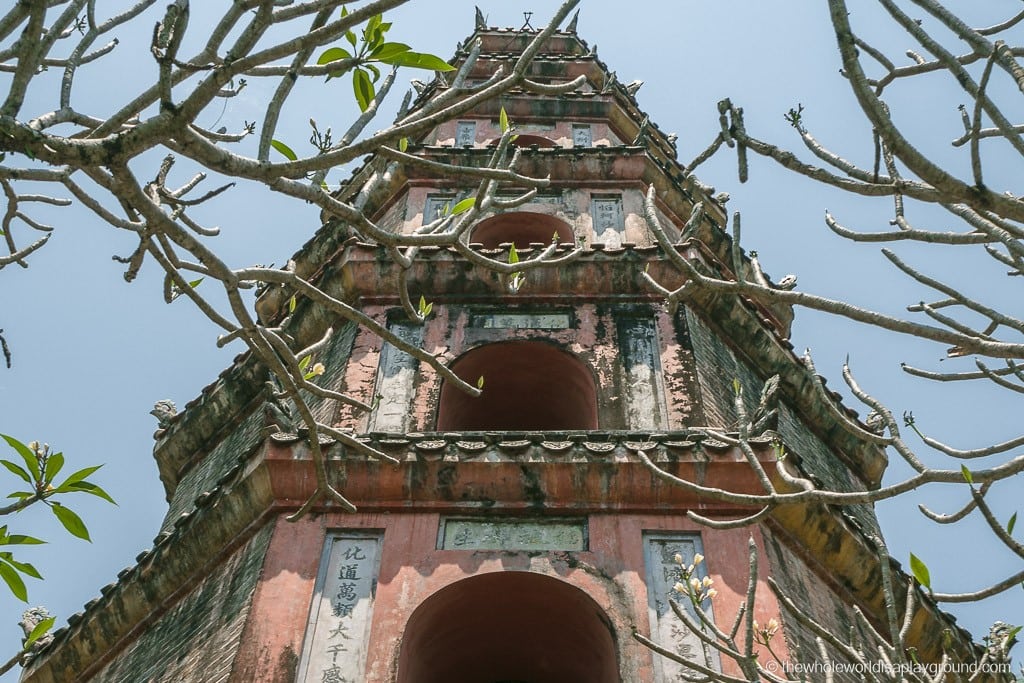 Hue was our second stop during a whirlwind trip through Vietnam and we were determined to check out the top sights in Vietnam’s ancient capital. Situated on the banks of the Perfume River, sightseeing in Hue is filled with pagodas, tombs, glimpses of the Perfume River, a UNESCO World Heritage Site and the incredible Imperial City. With one day to explore Hue’s must see sights here are our top picks for a fun filled Hue itinerary! 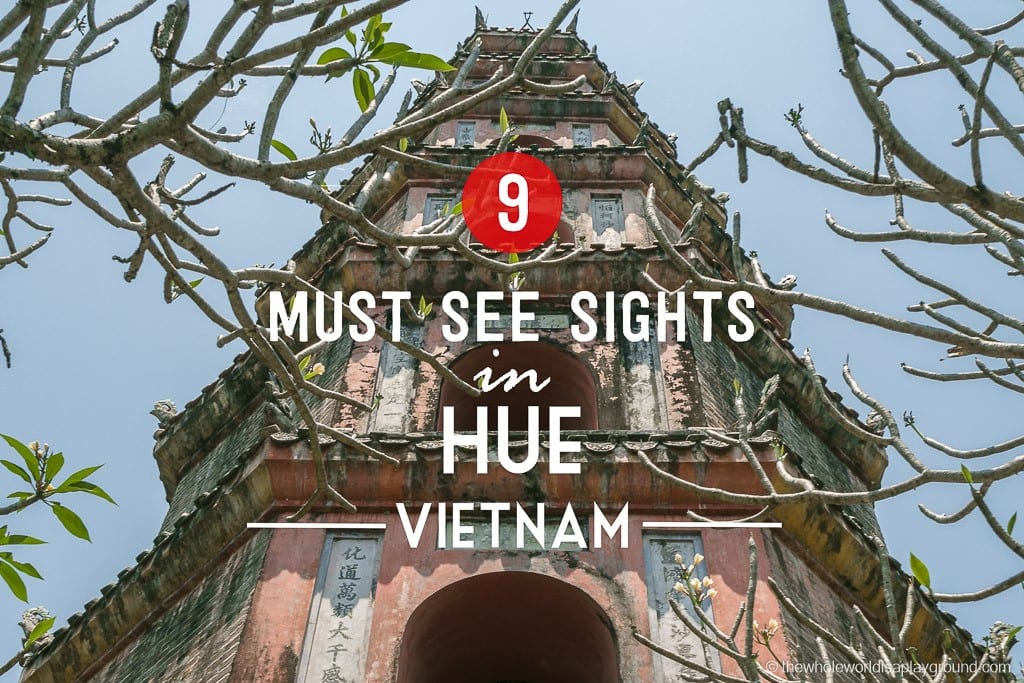 Where to stay in Hue

We rented a car and driver to navigate the sights of Hue in one day. There are also some great group tours – check tour prices here!

The Thien Mu Pagoda, overlooking the Perfume River, is an iconic Hue backdrop and a symbol of the ancient city. The 7 story pagoda was originally built in 1601 but, as a site of political demonstrations, has been destroyed and rebuilt many times in the years since. The pagoda is still a religious site today and it’s common to see monks wandering around the grounds.

The Austin car which Thich Quang Duc, the infamous burning monk, used to drive himself to the Ho Chi Minh intersection where he burned himself to death in an attempt to demonstrate that Buddhism needed martyrs is also housed on the grounds. 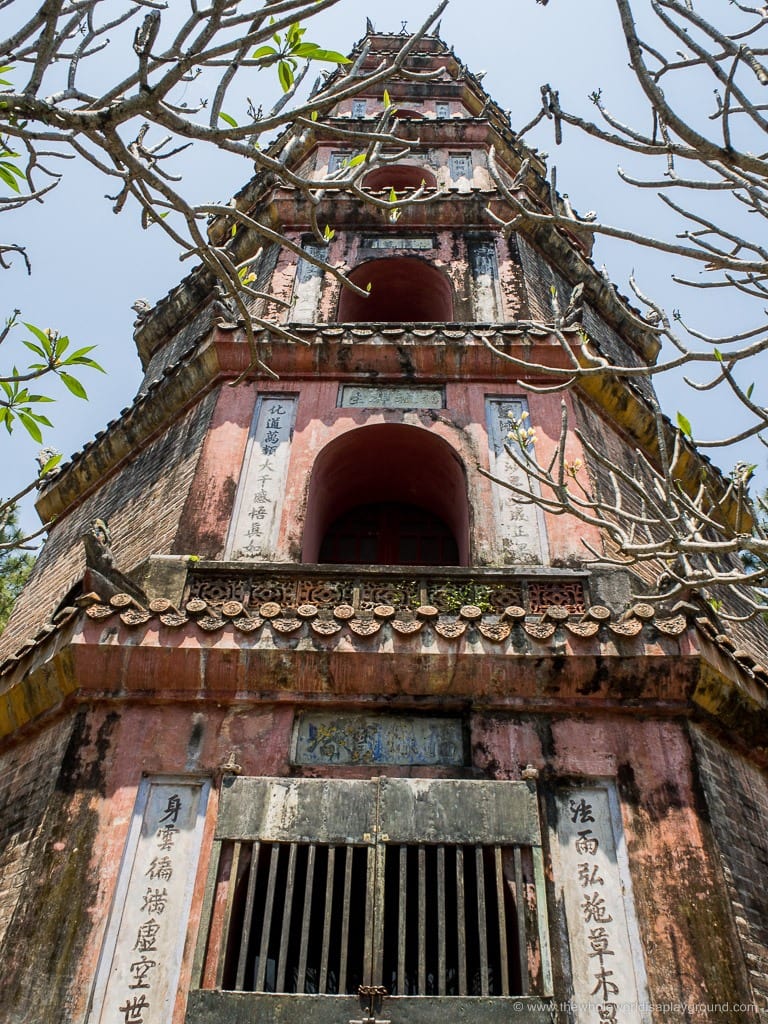 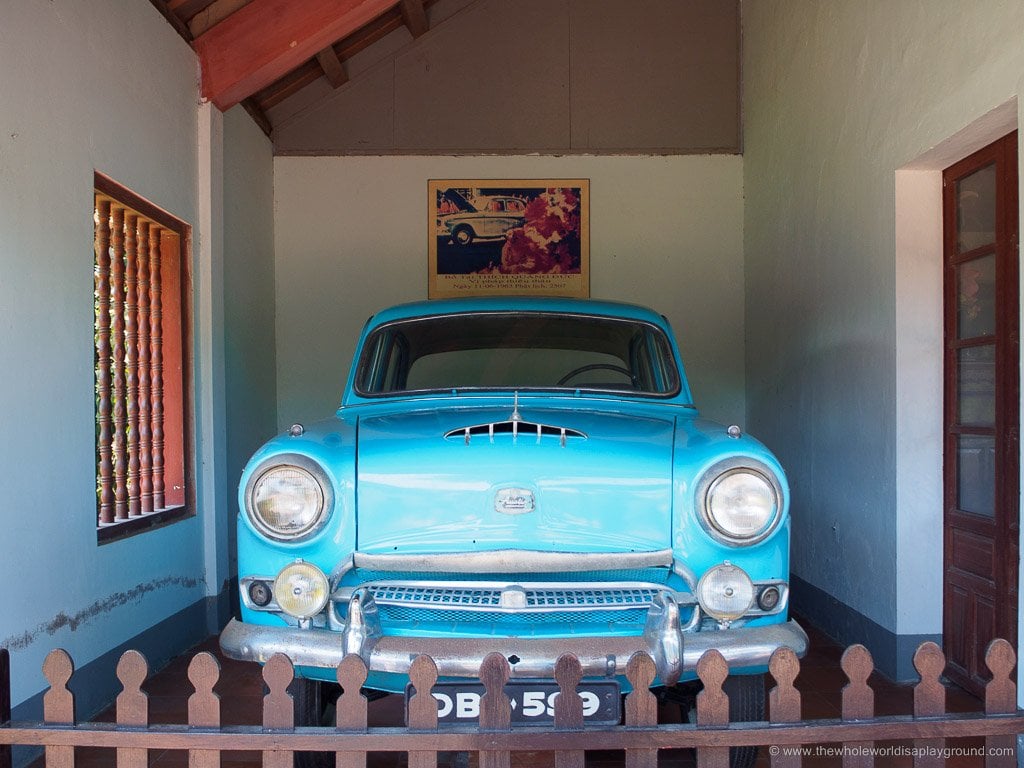 The Perfume River, slowly winding its way through Hue, is a tranquil contrast to the hustle of city life. Named for the tropical scents that are carried along the river from its flora and fauna rich source, the river is surrounded by the historic sights of the ancient city. We loved spending some time along its banks watching the passing boats and river life in full swing. As for the perfume fragrance, we’ll have to take a rain check on confirming that the truth is in the name! 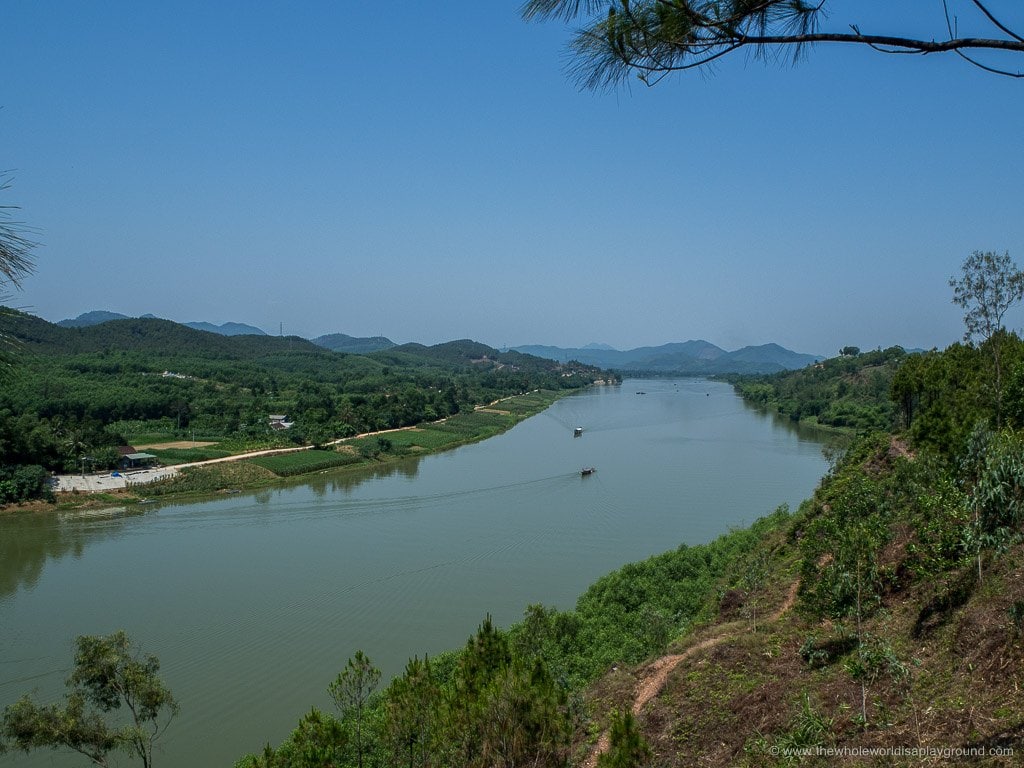 Check out some of our favourite Vietnam guidebooks for more trip inspiration. We found them really useful for planning our visit to Vietnam and took them with us on our travels!

The walled fortress and palace in the city of Hue was once the administrative capital of Southern Vietnam. The Citadel grounds are surrounded by a moat fed by the Perfume River and inside the Citadel is the Imperial City which houses the Purple Forbidden City inside its perimeter. The vast complex was once the administrative centre of southern Vietnam during the 17th and 18th Centuries and, although the complex is in disrepair and restoration has been slow, it’s still absolutely worth a visit when in Hue. 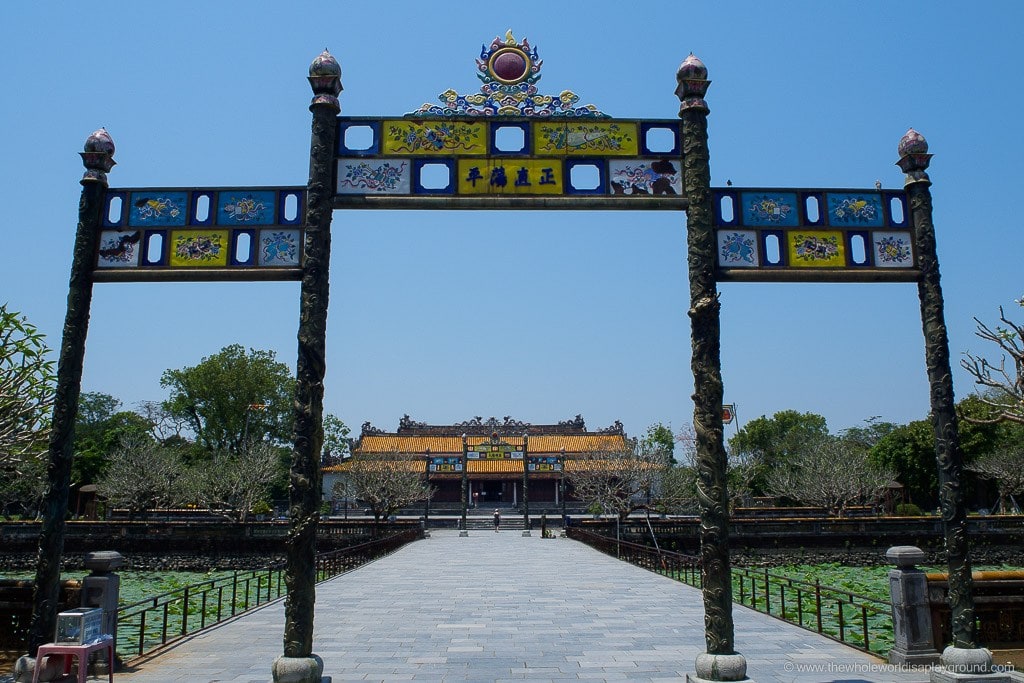 4 | The Tombs of the Emperors: Tomb of Tu Duc

The ancient capital of Vietnam was home to the Emperors of the Nguyen Dynasty and 7 of their tombs lie along the Perfume River. The Tomb of Tu Duc, the longest reigning ruler in the Nguyen Dynasty, is one of the most visited in Hue. It was designed by the Emperor himself and the elaborate grounds include a lake with a tiny island. Despite the grandeur of the tomb, the Emperor chose to be buried in a secret location in Hue and the site is yet to be discovered. 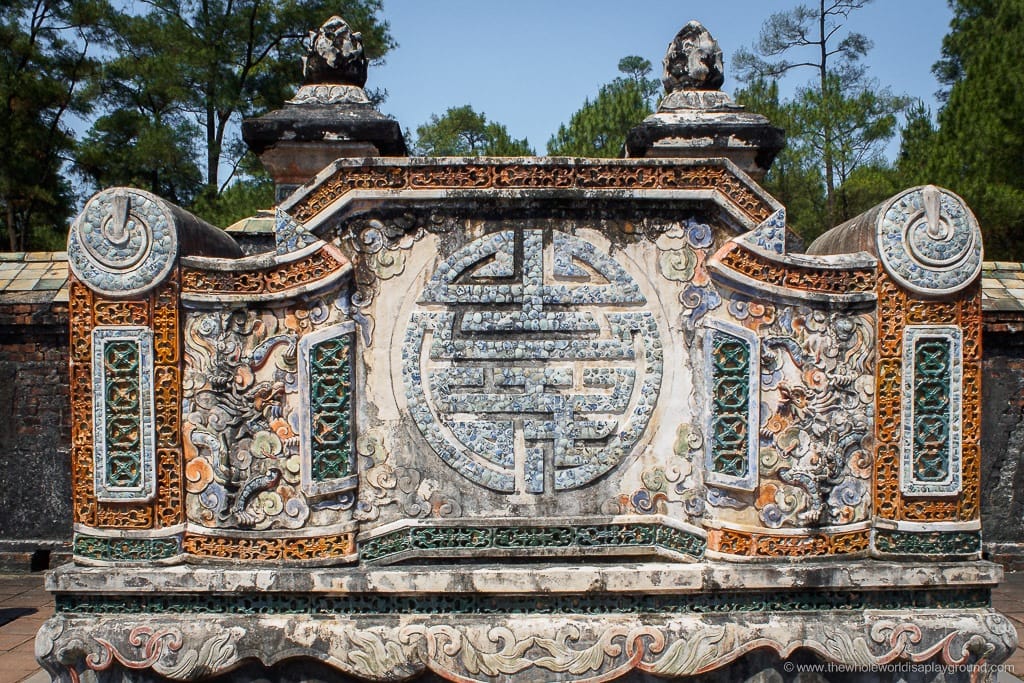 The elaborate sculptures in the grounds: 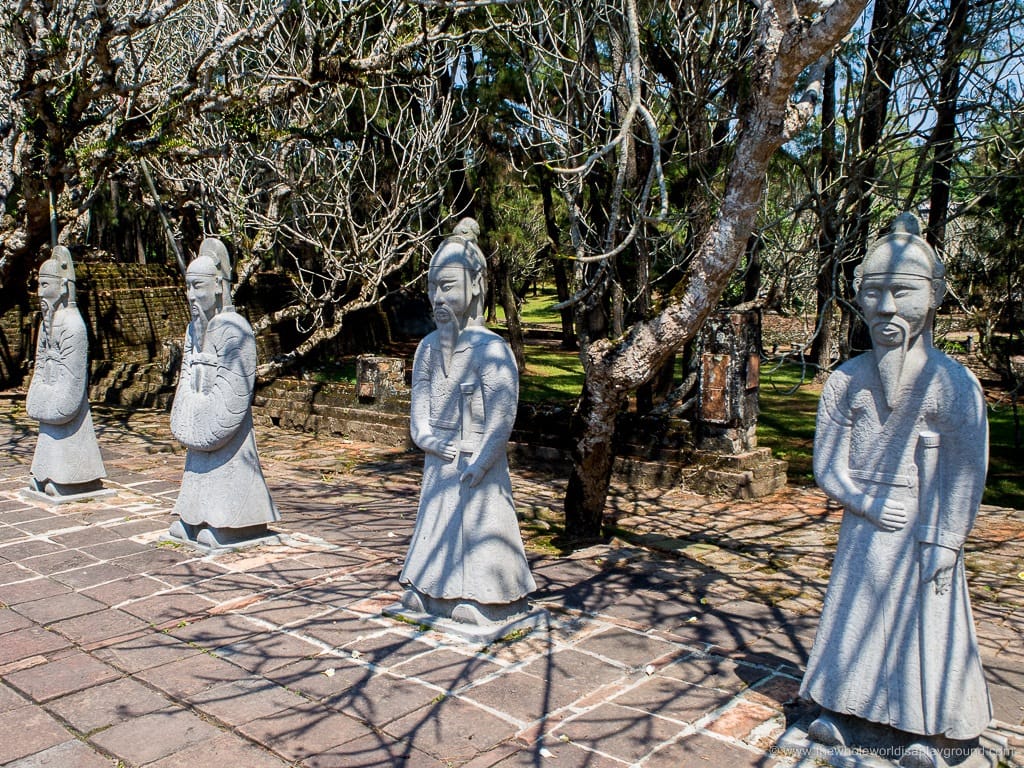 The classic ornate Japanese footbridge is located in the sleepy countryside a few kilometers outside Hue. The bridge was built in the late 18th Century, has Japanese and Chinese features, and aimed to unite the two sides of the village. Villagers congregate on the bridge making it the perfect spot to observe local life and we had lovely chats with the elders who managed to overcome our lack of Vietnamese! 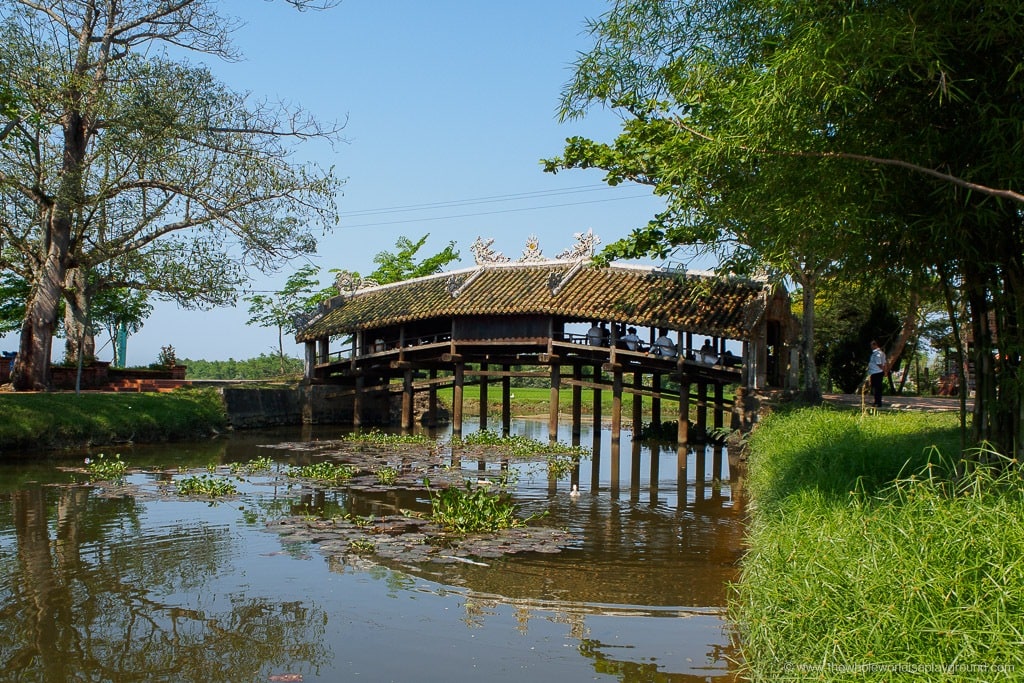 6 | Bunkers from the Vietnam War

The Battle of Hue was one the bloodiest and most intense battles of the Vietnam War and it’s interesting to spot the remnants of the war throughout the city. The hillside war bunkers are a stark reminder of the conflict that marks the country’s history.

7 | The Tombs of the Emperors: Tomb of Khai Dinh

Although a hugely unpopular Vietnamese ruler, the Tomb of Kahi Dinh is one of the most visited and elaborate of the Emperor Tombs in Hue. The ceramics adorning the inside of the tomb are impressive and the mix of Vietnamese and European architecture are in stark contrast to the simplicity of the tomb of Tu Duc. 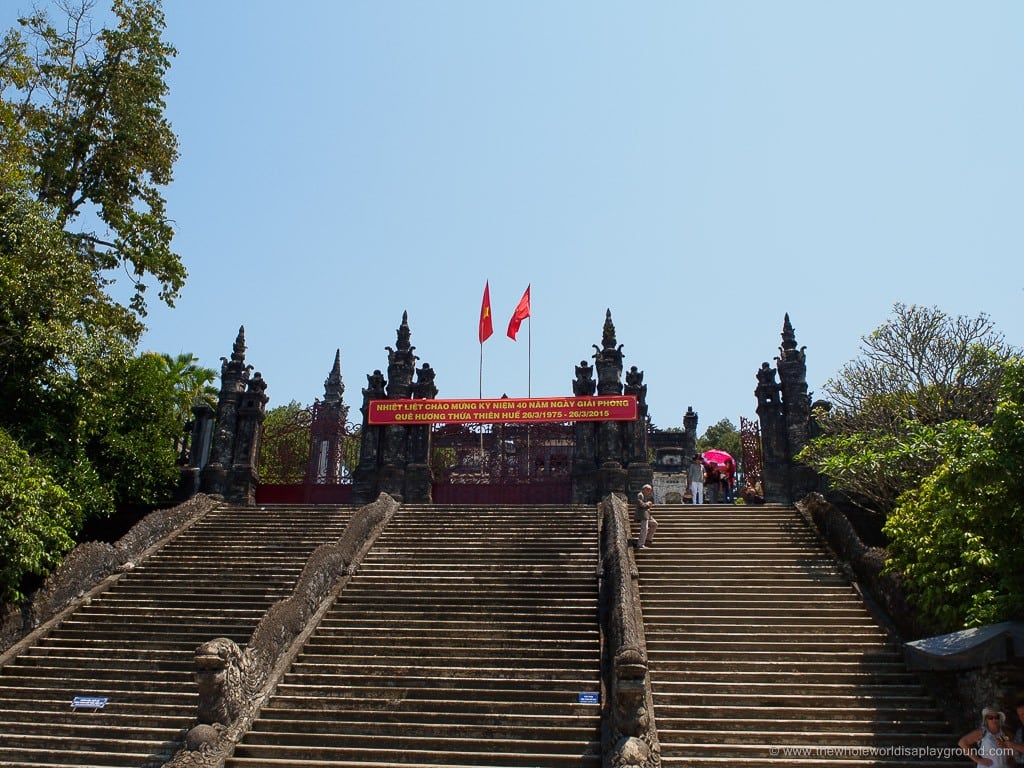 Visiting a market is an essential part of any Vietnamese sightseeing adventure and Dong Ba in Hue is a decent option. The market is a mix of local Vietnamese produce and souvenir shopping and it’s fascinating to witness market life. Be prepared: it’s dirty and grimy and a tourist tax is inevitable! 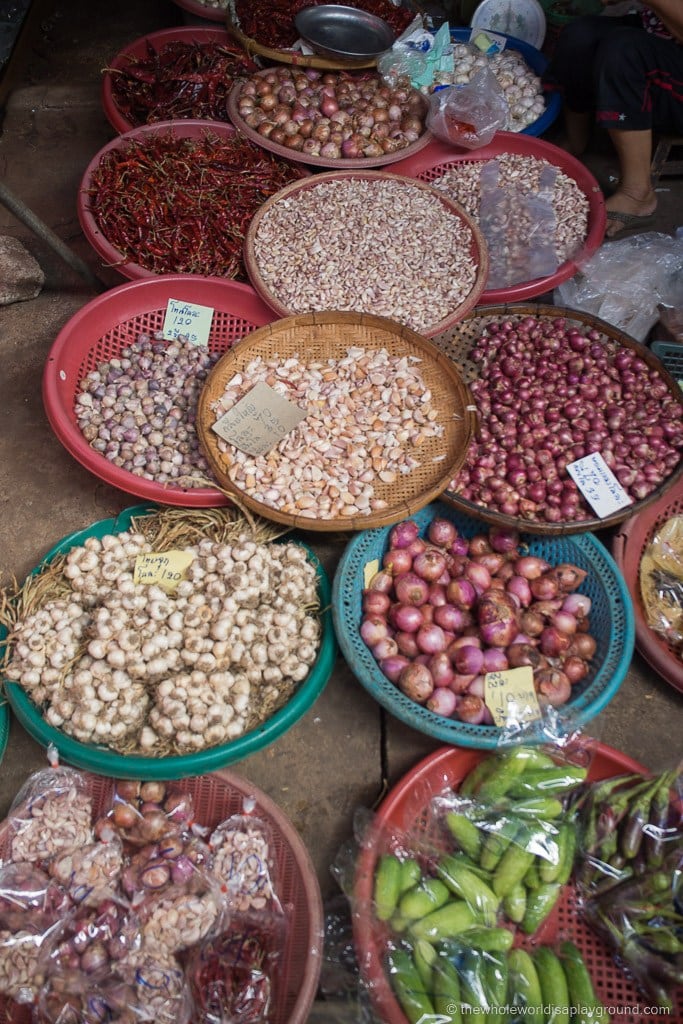 If you share our fascination with UNESCO World Heritage Sites it’s worth noting that some of the must see sights we’ve listed make up the The Complex of Hue Monuments, the country’s first designated UNESCO World Heritage Site. The central structure is the Hue Citadel which includes The Imperial City and The Forbidden City. The Tombs of the Emperors and the Thien Mu Pagoda are also part of complex of monuments which make up the UNESCO listing.

I spy a UNESCO! 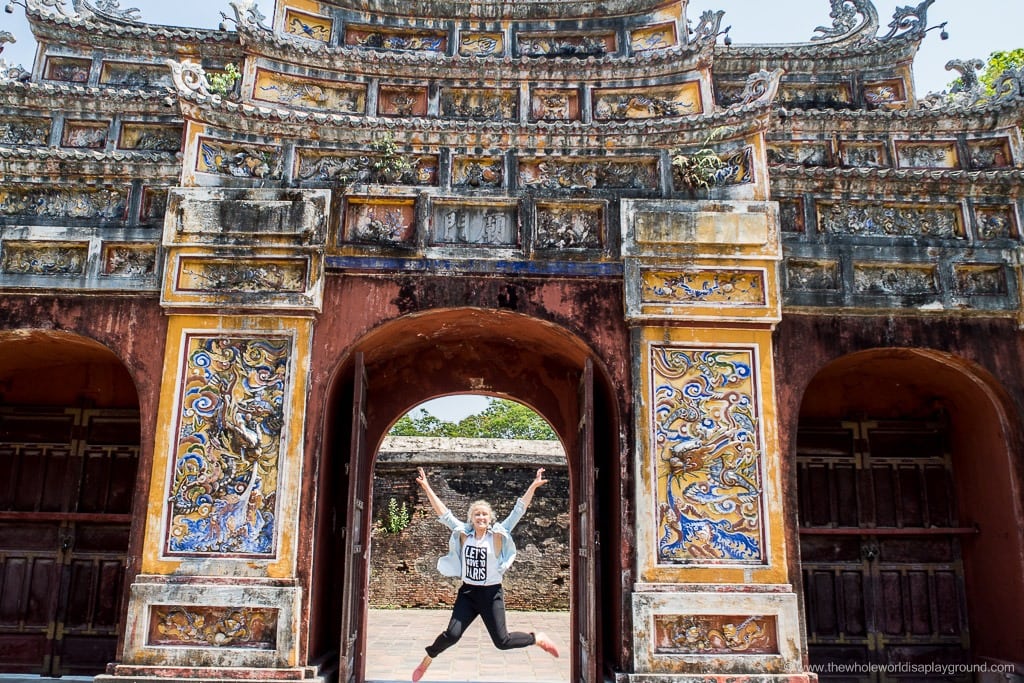 So there you have it, 9 highlights from our day in Hue to help you plan your visit to the ancient Vietnam capital. To read more about our Vietnam adventures check out our round up of the trip here, a lowdown of our amazing night at the Hoi An Lantern Festival here and our experience of driving through the Hai Van Pass here! 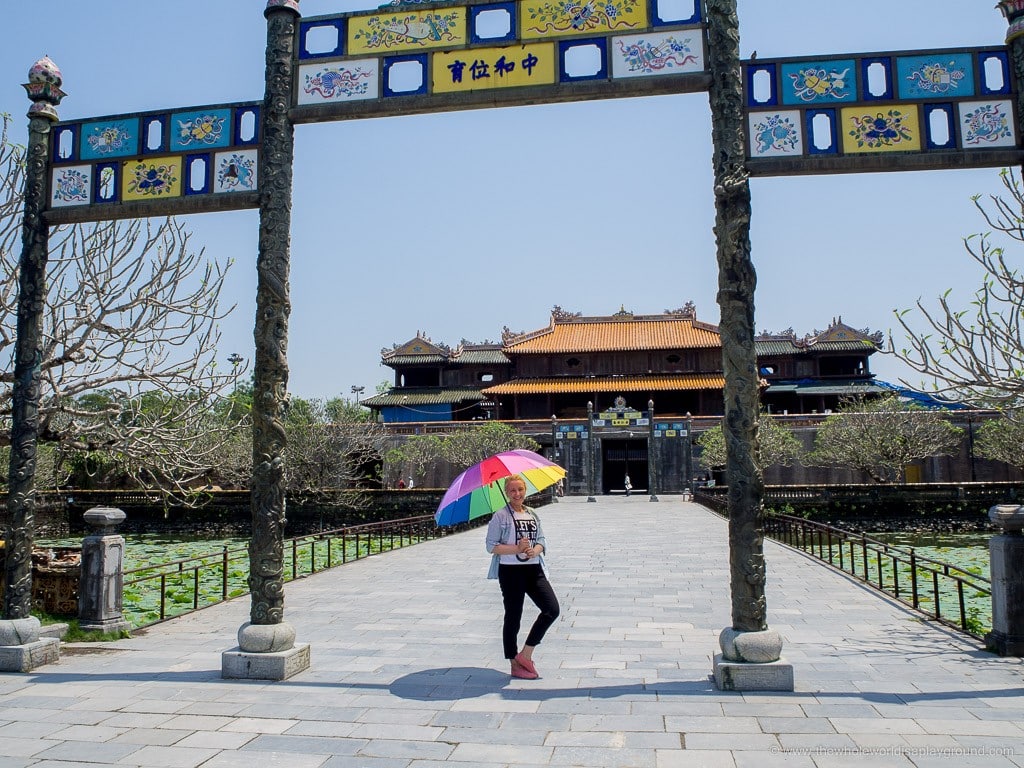 Pin this article for later 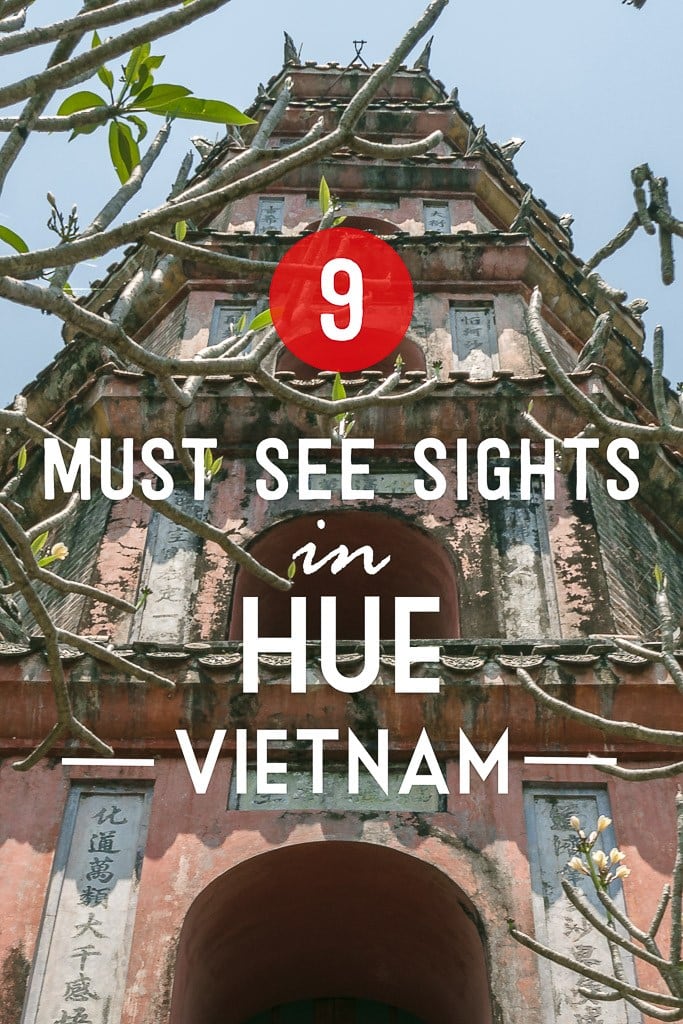 2 thoughts on “One day in Hue: 9 must see sights in Vietnam’s ancient capital city!”