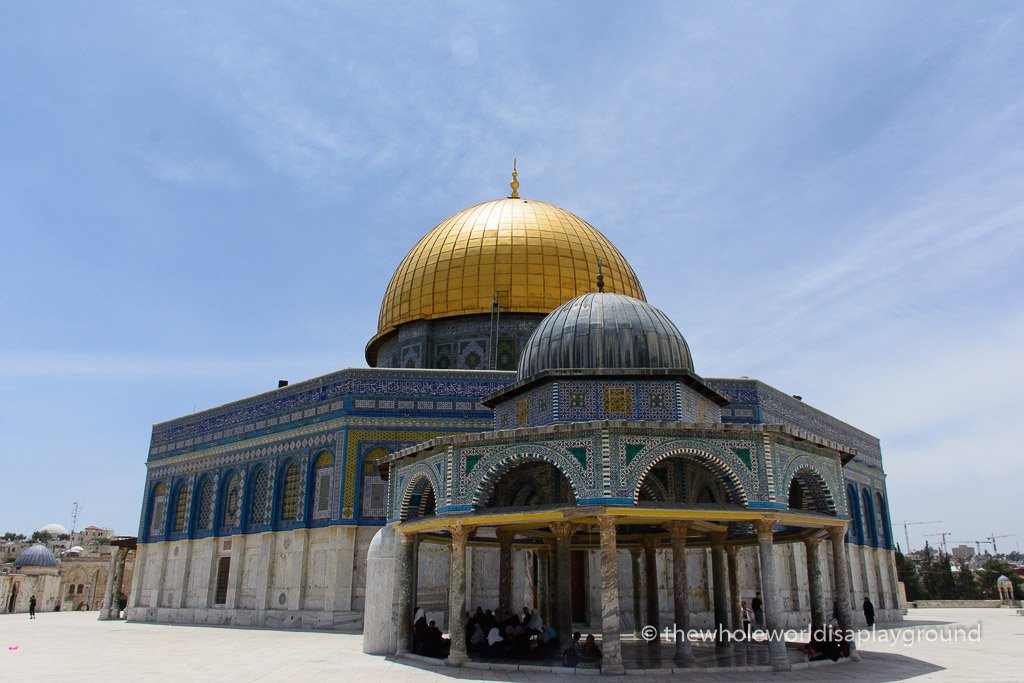 We hit the road earlier this month and checked out Israel, Jordan and Palestine in the Middle East. It was two weeks of travel bliss with unforgettable sights, fantastic food, beautiful weather, some old friends and lots of laughs. And not forgetting the incredible amount we learned about Israel and Palestine along the way. Read on to see what we got up to on the Israel and Palestine part of our travels and keep following thewholeworldisaplayground to hear all about our Jordan trip!

After a lovely flight from Dublin to Tel Aviv (with a brief stopover in Istanbul) we arrived in Jerusalem, our base for the first week. I was allowed to take it easy on the first day but the husband takes his sightseeing duties very seriously and, after that, he had me up at 6am every morning ready to hit the road! 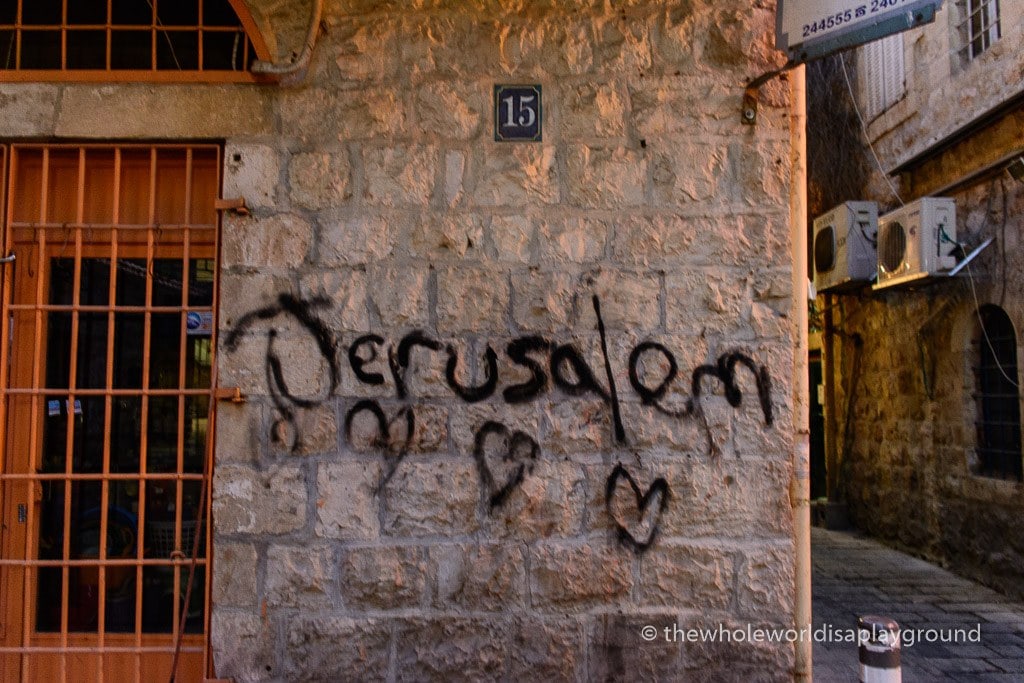 Our first few days were spent in Jerusalem’s walled Old City which was once considered the centre of the world. The Old City boasts some serious sightseeing credentials and is a World Heritage Site (checking out World Heritage Sites is a slight obsession of mine as regular readers will know!). We must have walked 50 miles through the Old City’s cobbled streets absorbing the atmosphere, people watching, sightseeing and sampling the delicious traditional Jerusalem dishes.

The  cobbled streets of the Old City: 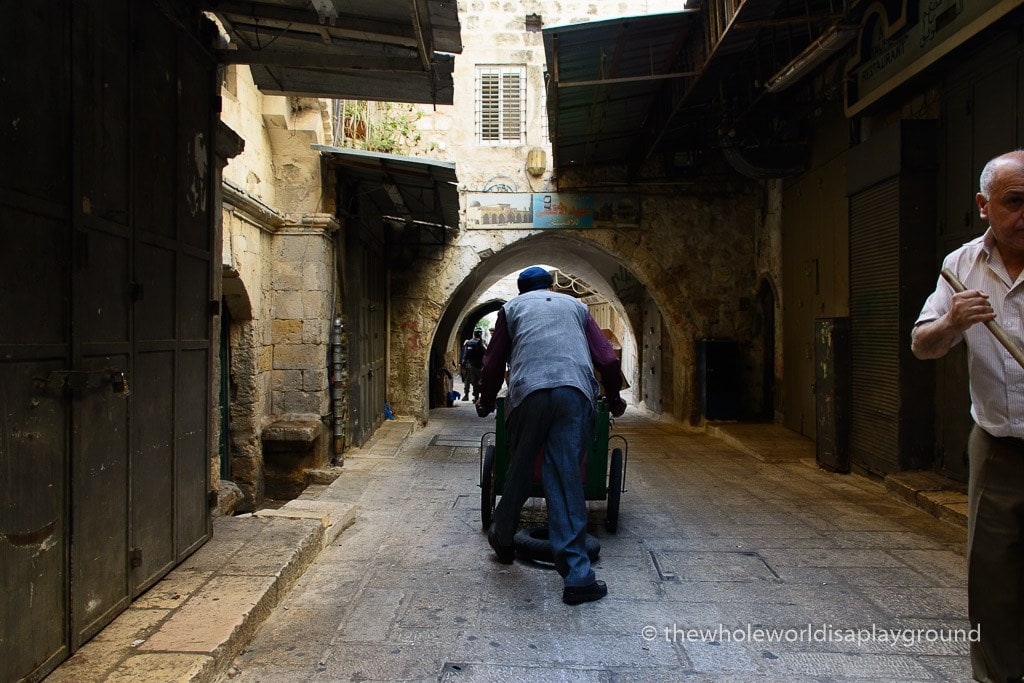 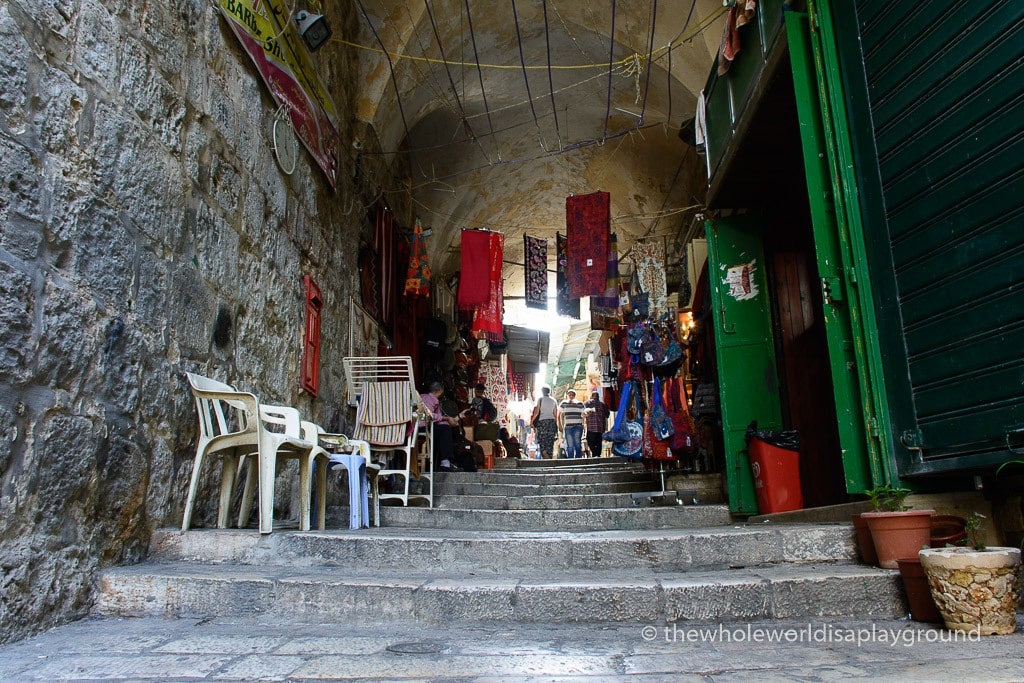 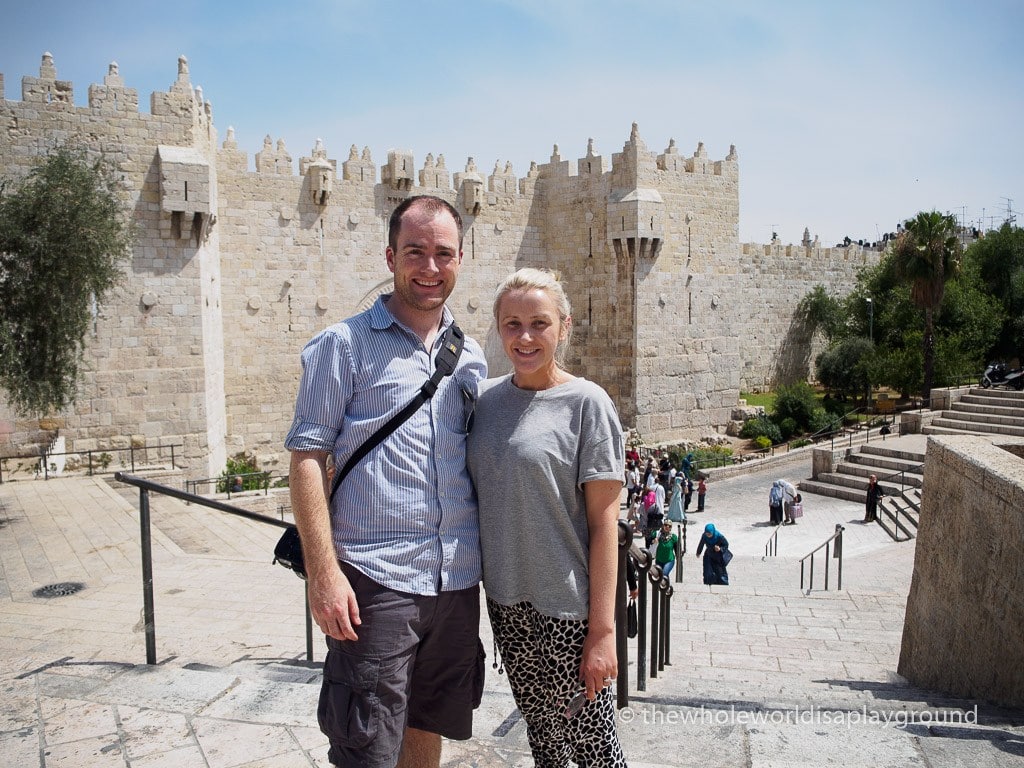 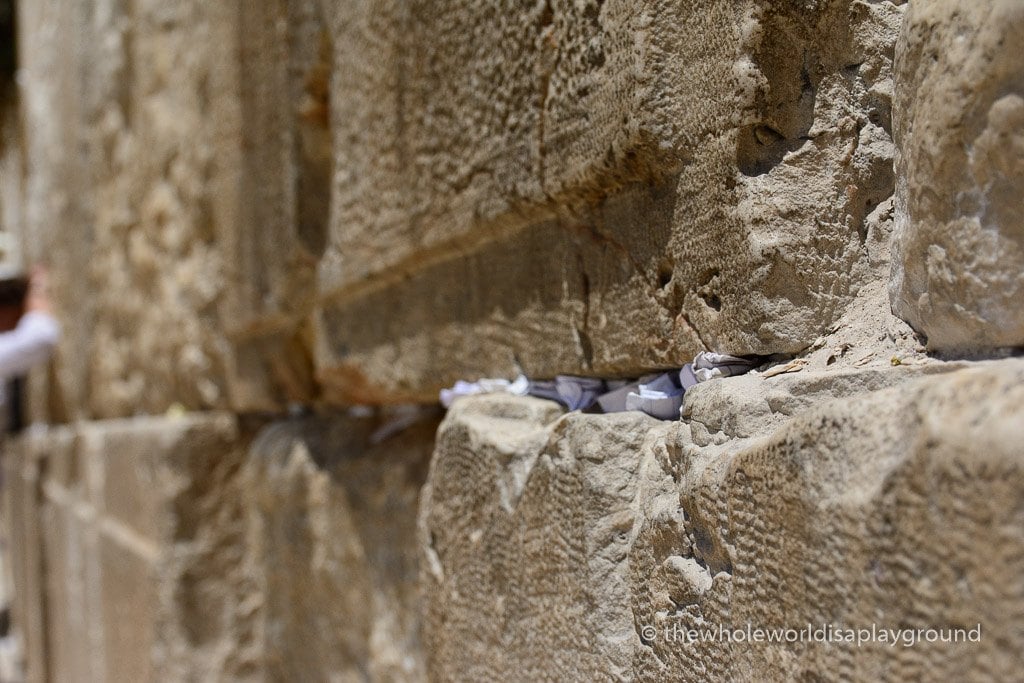 Friday night at the Western Wall, the atmosphere was incredible: 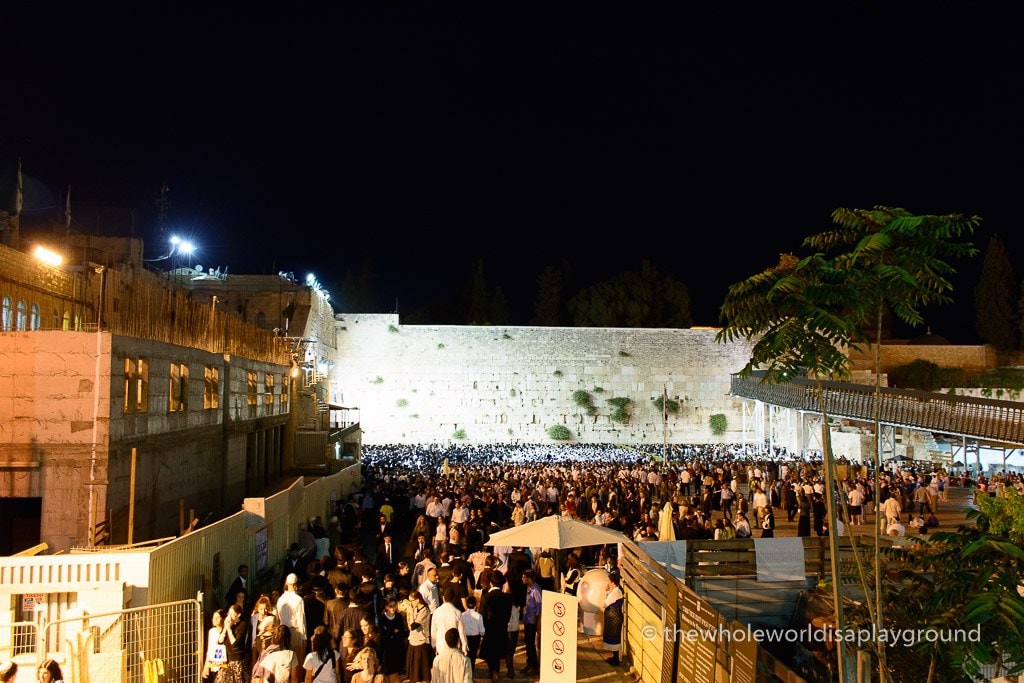 Temple Mount, one of the holiest sites in the Old City:

Just chilling. With a machine gun:

Given all the media coverage on the region, the West Bank and Palestine don’t exactly scream tourist destination but the two days we spent in Bethlehem and Ramallah were incredible. A planning mishap (bad travel blogger!) meant that we arrived in Israel without having obtained the necessary visa to cross over to Jordan at the King Hussein Bridge and, as a result, we made an unexpected trip to Ramallah and the Jordanian embassy. We also ventured to Bethlehem where we saw the birthplace of Jesus, the 430 mile separation wall between Israel and Palestine’s West Bank and some unbelievable Banksy graffiti (my Banksy obsession has now reached new heights!). Check out our day in Bethlehem here! 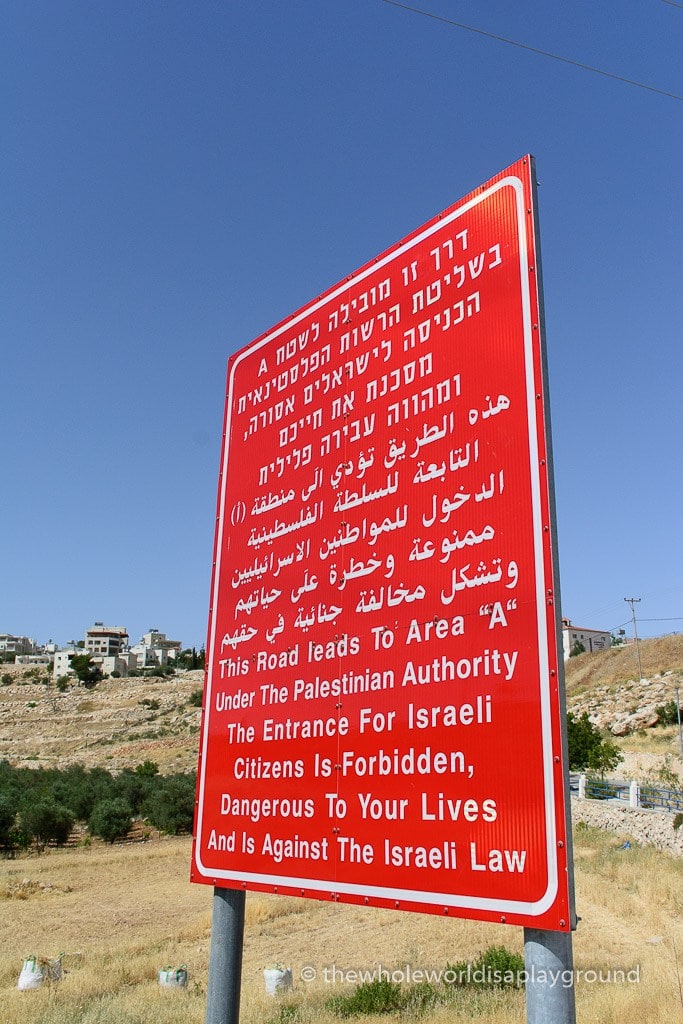 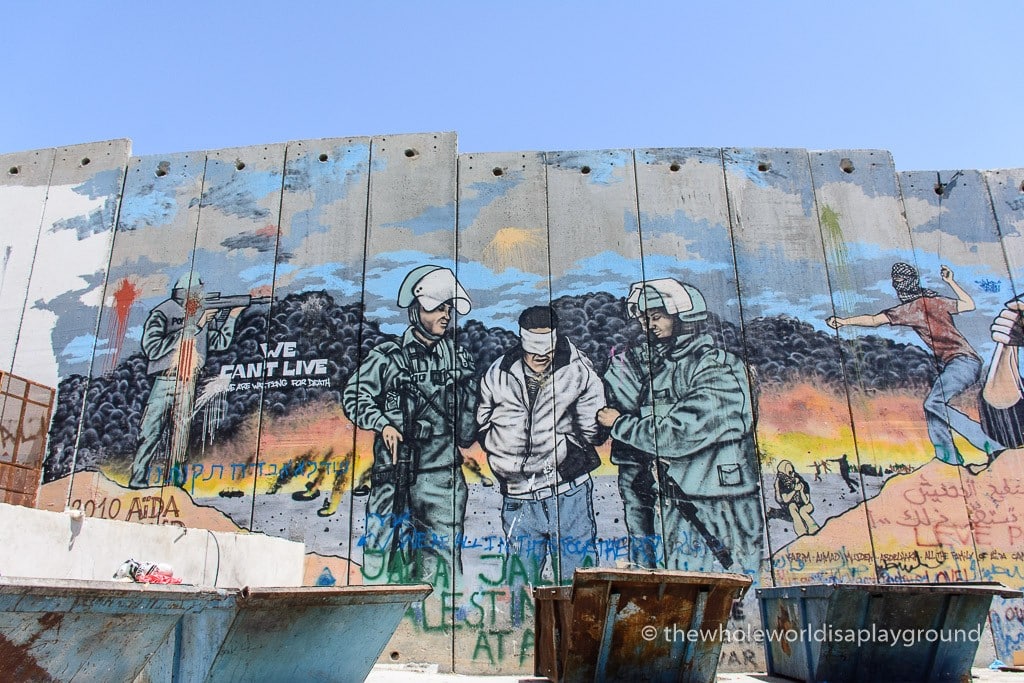 Church of the Nativity where, according to tradition, Jesus was born: 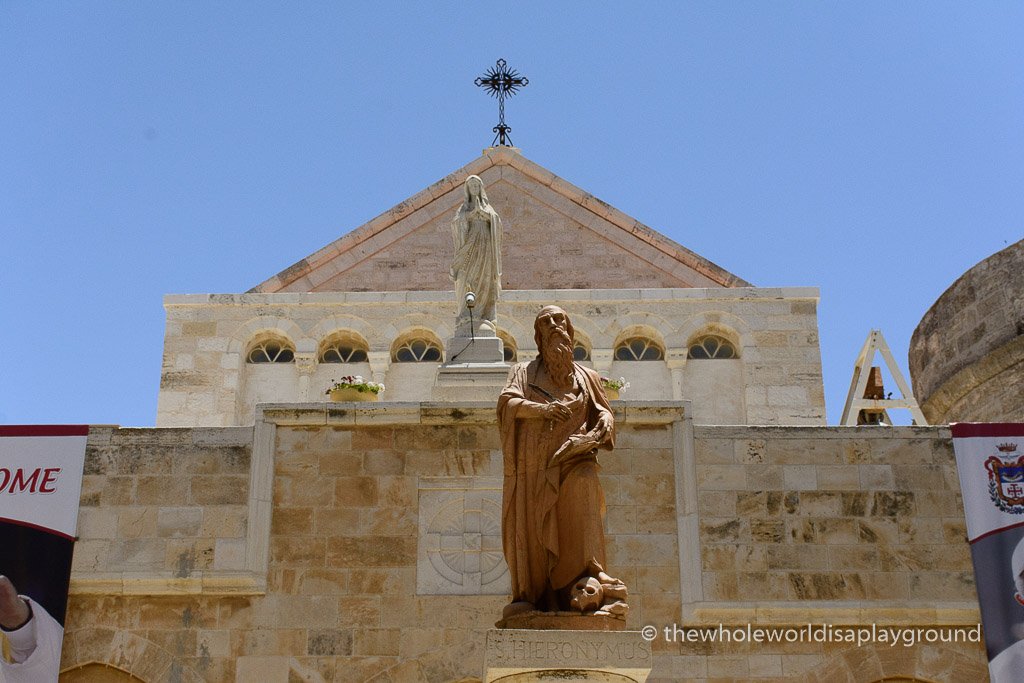 Having spent a few days in Jerusalem and Palestine we decided it was time to check out some more of Israel and we headed down the coast to Masada and the Dead Sea. Masada, on a rock plateau surrounded by steep cliffs, is a World Heritage Site and the location of King Herod’s luxurious desert fortress with two palaces, swimming pools and boat houses. Impressive work for the first century BC!

The husband, obviously suffering some kind of heat disorder, thought it would be interesting to take the Snake Path, a series of steps and tracks, to the top of the mountain. This was despite the fact that there is a cable car to do all the hard work of climbing to the summit. Anyway, I just about survived the steep climb in the beating sunshine and was rewarded with the incredible views and a peek at the palace! Needless to say we took the cable car down!

Don’t look down! Snake path and the cable car to the top:

What do you mean I have to climb steps? Are we there yet? 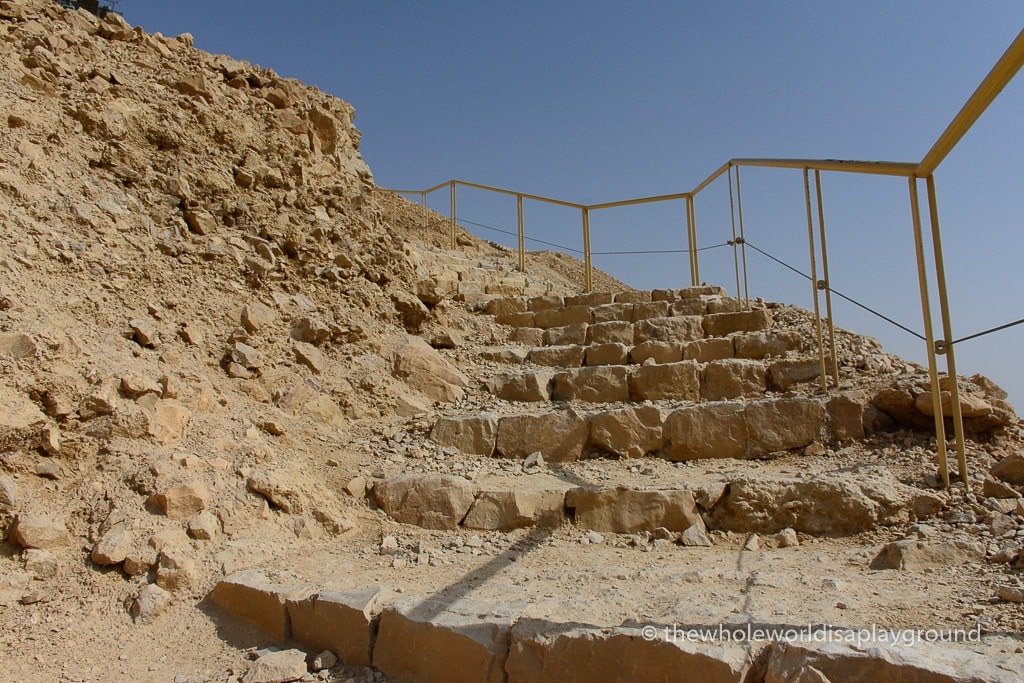 The stunning view from the summit: 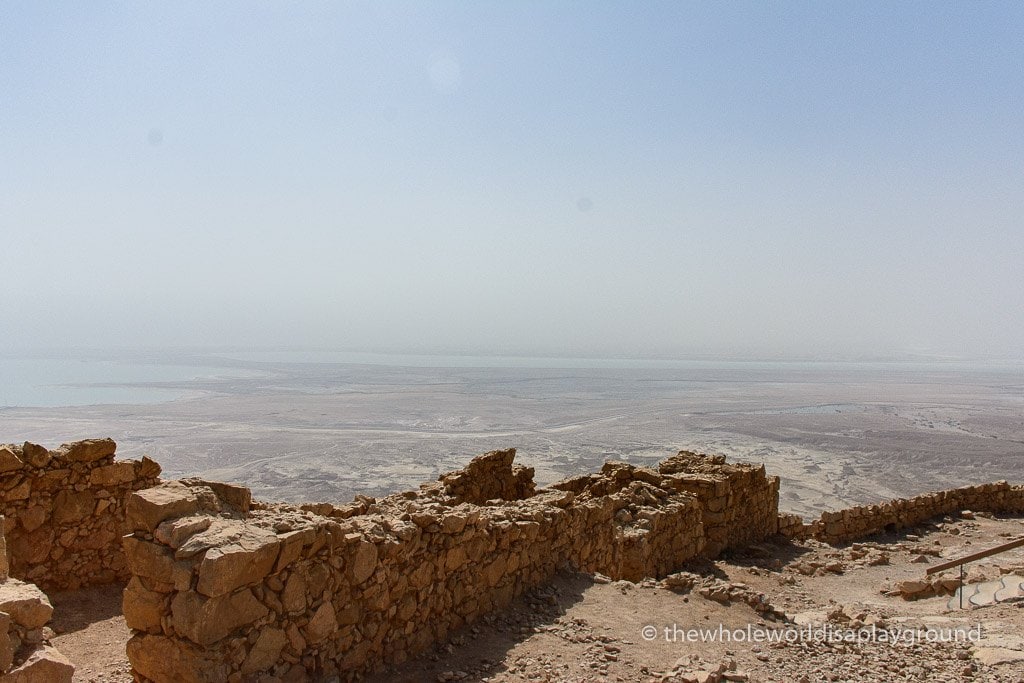 The rest of Jerusalem

On our return to Jerusalem we ventured outside of the Old City and checked out the rest of the sites including the Mount of Olives, the Garden of Gethsemane and Yad Vashem, an overwhelming tribute to victims of the Holocaust.

Incredible views of Jerusalem from the Mount of Olives: 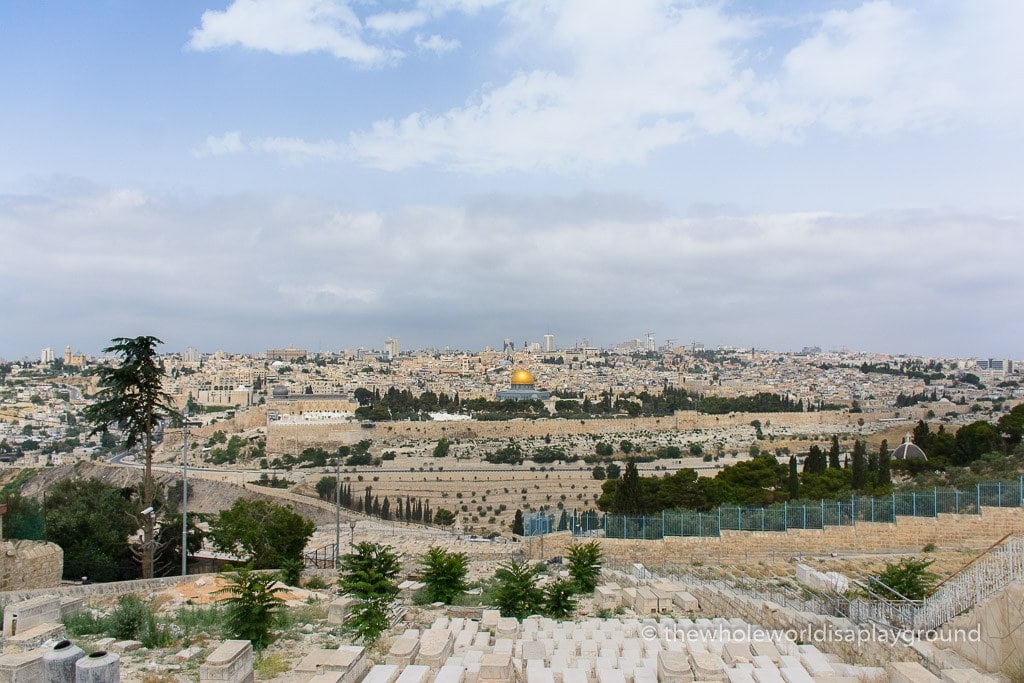 At the foot of the Mount of Olives, the beautiful and peaceful Garden of Gethsemane where, according to the Gospels, Jesus prayed with his disciples the night before his crucifixion:

The Hall of Names at Yad Vashem, a memorial to the 6 million Jews who perished in the Holocaust: 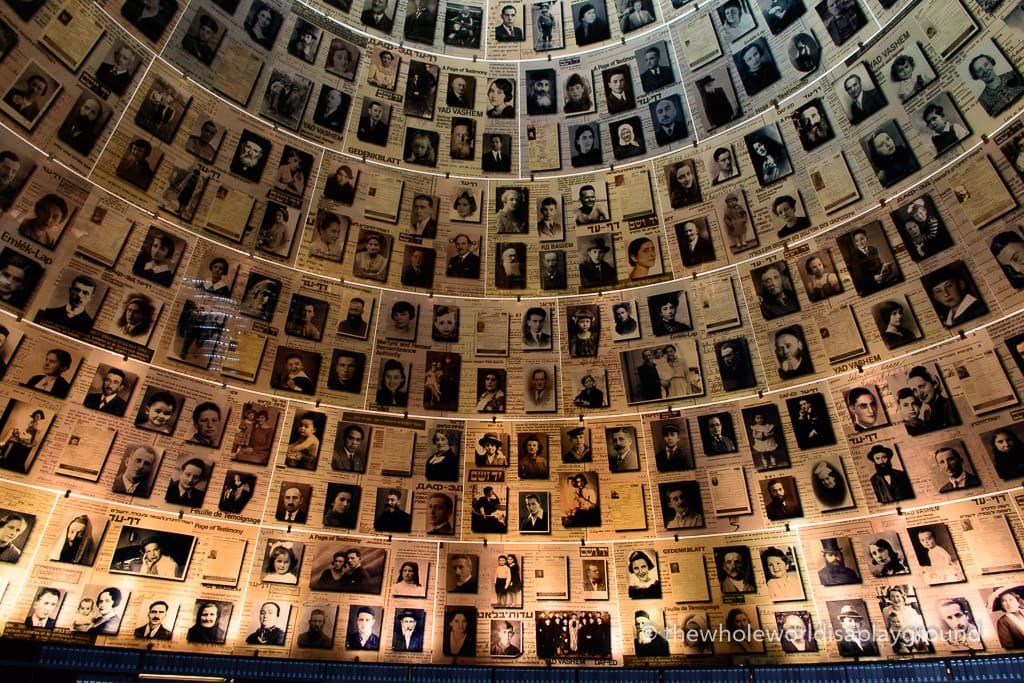 We discovered a serious love for Middle Eastern food on our travels! Famous for hummus, falalfels, pitas and fattoush we were spoiled for choice. Let’s just say our waistbands were not thanking us at the end of the trip but you only live once and we had to sample as much as possible!

Makluba, the amazing upside down chicken, rice and vegetables: 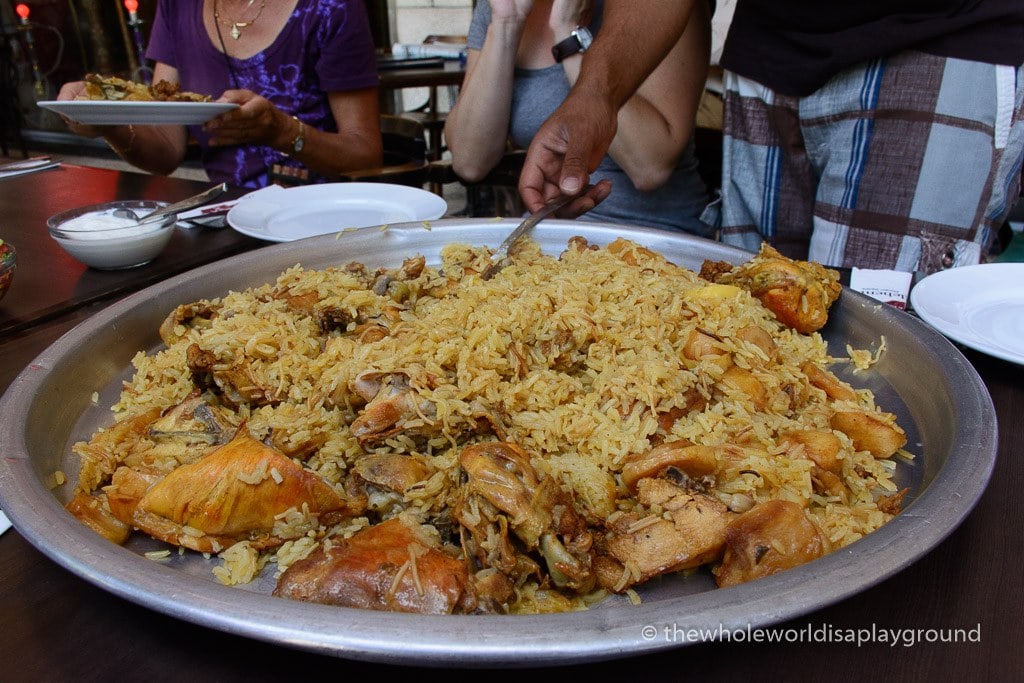 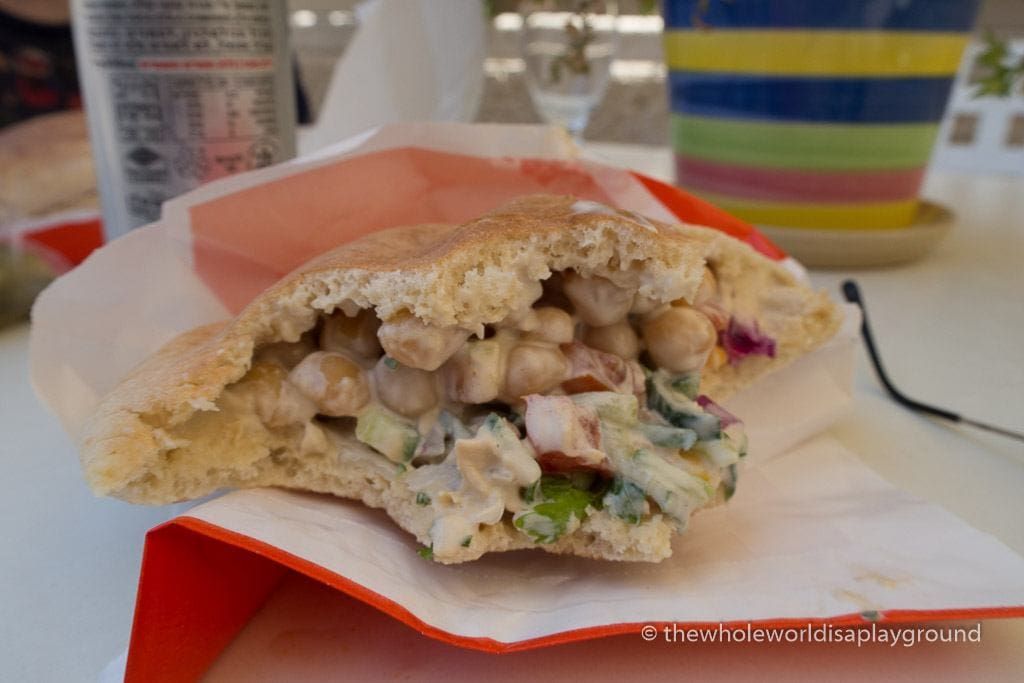 Sweet treats in the Old City: 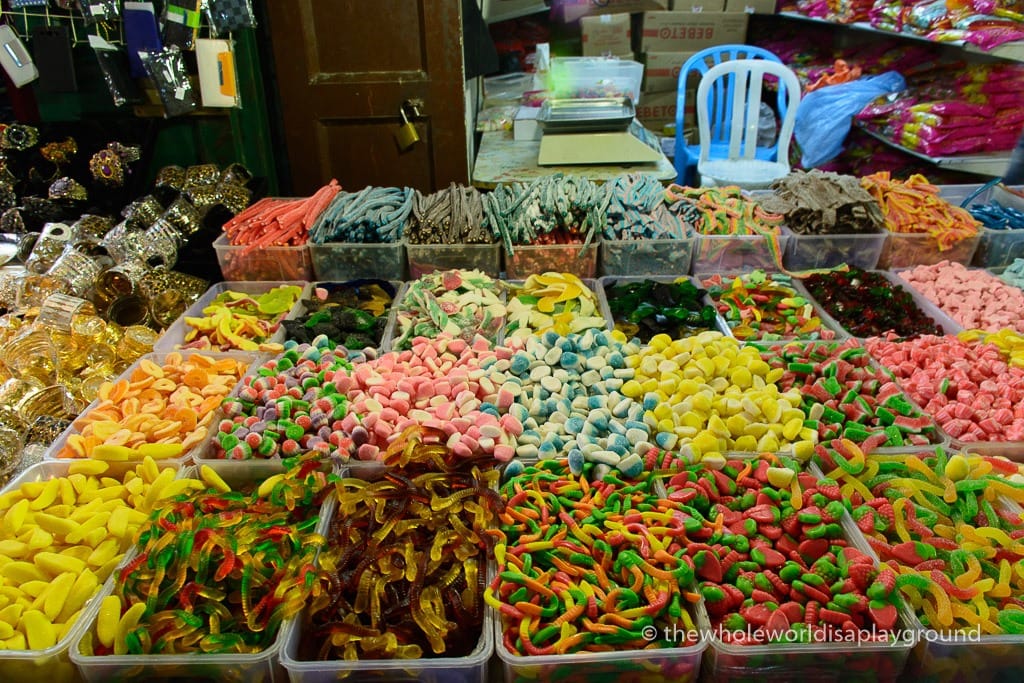 After an incredible week in Jerusalem and Palestine (which passed way too quickly) it was time to move on to Jordan, our next stop on the trip. We do love a little adventure and decided to make a land crossing at the King Hussein bridge. Several buses, taxis, taxes and passport checks later we finally entered Jordan and prepared ourselves for a week of desert fun! 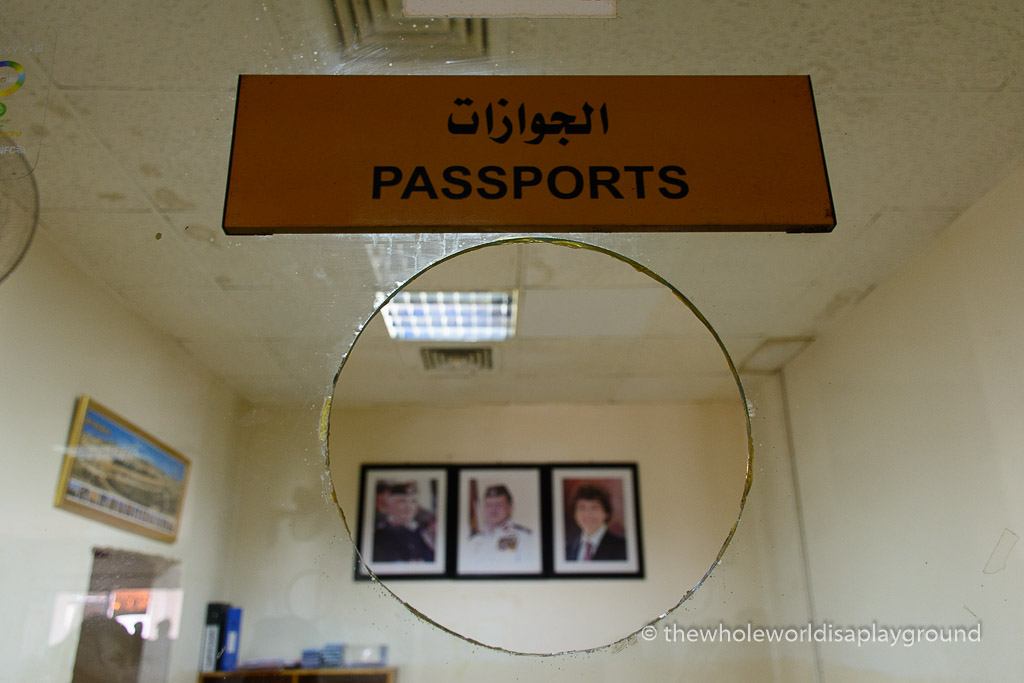 We had an amazing time in Israel and Palestine and were overwhelmed with the amazing things we managed to see, do, eat and drink! We learned a massive amount about Israel and Palestine and the relationship between the two. I’ve said before that I truly believe travel broadens the mind and it was incredible to witness first hand things we’d only seen on a news channel: the separation wall, the refugee camps, the military presence and the constant tension which exists to this day.