Investing in a stabilized gimbal was the one GoPro accessory purchase that brought our GoPro footage to another level and a good quality stabilized handheld gimbal is a purchase that we recommend for all GoPro owners to invest in. A GoPro gimbal will allow you to capture higher quality footage on your GoPro and allow you to produce more professional level videos. We’ve travelled around the world for the last few years with our GoPro and stabilized gimbal and wish we have purchased it the instant we bought our GoPro. This list includes the gimbals which we recommend as the best GoPro gimbals currently available.

What is a Stabilized Gimbal?

The first question most new GoPro owners ask when they view their first footage is why does it look so shaky? Why is it not as smooth and stable as the GoPro videos I’ve watched on YouTube? Well, in short, those videos are most likely shot using a stabilized gimbal!

In simple terms, a stabilization gimbal allows you to shoot smooth, high quality video by keeping the GoPro extremely stable as you move around and pan through shots. While you can stabilize footage to some degree in post-production using video editing software like Adobe premiere Pro, which we use, it is much more effective to shoot stable footage in the camera itself.

What to consider when buying a GoPro Gimbal 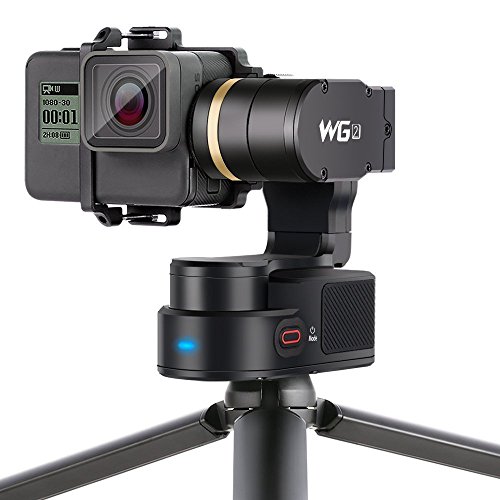 The WG2 from Feiyu is a great contender for the best GoPro gimbal. The biggest selling point of this wearable gimbal is that is it 100% waterproof and works with the existing GoPro mounts although you need to purchase an inexpensive tripod adapter. The WG2 can be mounted vertically, forward or inverted to allow you to capture footage from all angles. A foldable tripod is also included in the box so you can quickly set the gimbal on any surface for hands free filming. 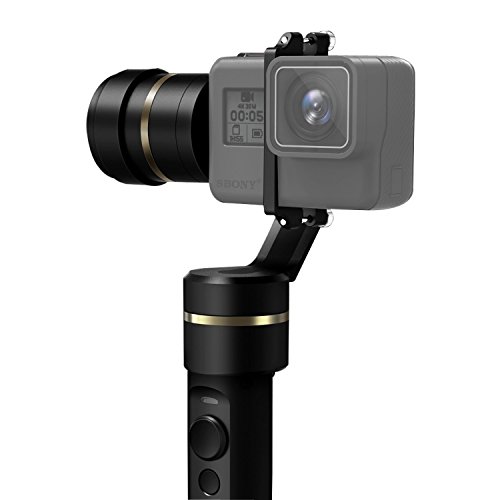 Works with: All GoPro models except Hero Session

The G5 is our favourite gimbal on the market and the manufacturer, Feiyu, are well known for their quality gimbals. We personally use the predecessor of the G5 (the Feiyu Tech G4) and have used it heavily for over 2 years with no problems and it’s been 100% reliable. The G5 improves on the G4 by adding joystick control to allow easy pan and rotation using your thumb when holding the gimbal. This is a really useful feature as it allows you to focus on holding the gimbal still while panning. The G5 also has a splashproof design so there is no need to worry about some rain getting on the gimbal. This is very important for the GoPro Hero 5 and 6 which are waterproofed without any casings. There’s good foam protection within the holder for your GoPro to avoid scratching and it adds to the smoother footage. The gimbal can also be controlled via the free smartphone app or using the separately sold remote control.

Works with: All GoPro Hero models

The Removu S1 is another highly capable GoPro gimbal. The major benefit of this gimbal is that its both a standard stick style gimbal and converts into a wearable version by detaching the small pole. I addition to these it’s also compatible with all GoPro models, something not many gimbals can do so it’s really useful if you have multiple GoPro models. The gimbal itself is also rainproof and includes a rainproof housing for the Hero 3 and 4. There is also a rainproof carry case included in the box. 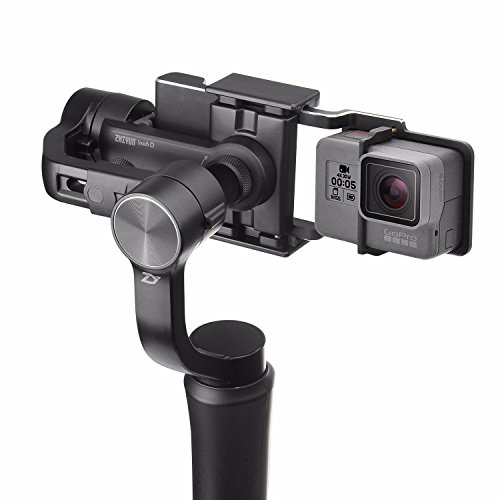 Works with: All Hero models except the Session

Originally a smartphone only gimbal, the Smooth Q now allows you to attach a GoPro using the Eachshot plate adapter which is included. This makes the Smooth Q a versatile gimbal option for those planning to use their iPhone or Android phone to capture footage along with their GoPro. The included carry case and splash proofing ensure your gimbal will be safe in most weather conditions and transporting will be a breeze. 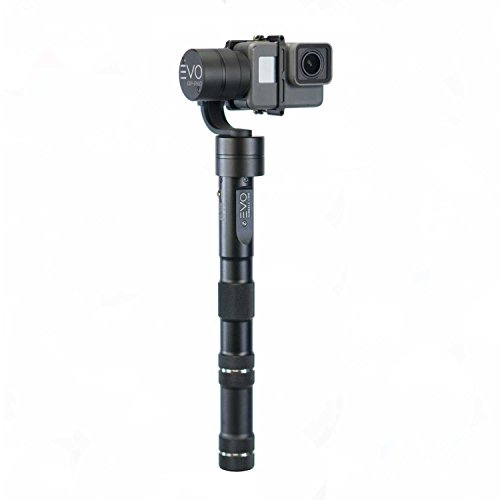 The Evo GP-Pro 3 is a more traditional gimbal model but still very capable and it produces beautifully smooth footage. A standard stick gimbal, the GP-Pro 3 offers premium build quality and solid construction although one of the potential negatives is that it is not splashproof. It’s also possible to use the GP-Pro 3 to stabilize smartphone footage but it does require an adapter which is sold separately. 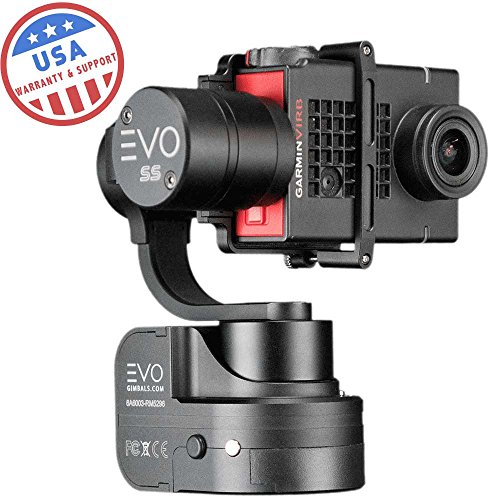 The newer Evo SS is a great alternative to the EVO GP-PRO 3. This is a wearable gimbal which allows you to attach your stabilised gimbal to the existing GoPro adapters. This is a real game changer as it allows you to use the GoPro for hands free stabilised action shots which previously would be very difficult, if not impossible.