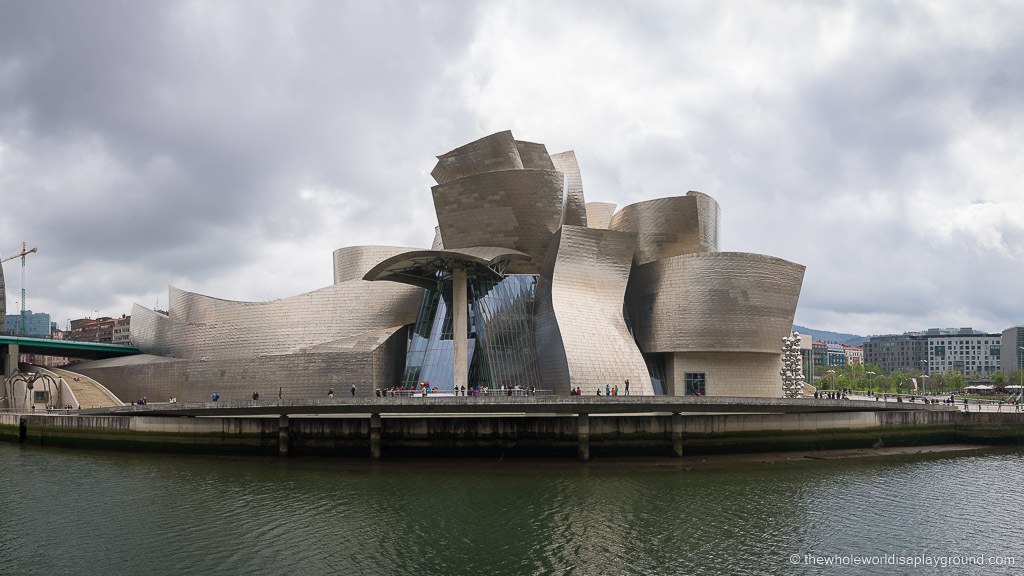 From Santiago de Compostela to Bilbao to Salamanca, a road trip along the coast of Northern Spain is an eclectic mix of quaint villages, stunning coastline, diverse cities, historic gems and world-class vineyards and gastronomical delights! We had an incredible time exploring all it has to offer on a road trip across the region and wanted to share our travel guide to Northern Spain: our favourite sights and the best things to do in Northern Spain.

Things to do in Northern Spain

There are so many highlights of Northern Spain that it’s impossible to list them all so we’ve included our favourites to help you plan your adventure! We recommend at least one week in order to see all the main sights, however, two weeks is ideal and allows more time to explore the bigger cities like Bilbao and San Sebastian as well as the Alpine landscapes of the Picos de Europa.

Getting to and around Northern Spain

We’re incredibly lucky that Northern Spain is easily accessible from the UK and Ireland by ferry which is perfect for travelling by our car on a road trip through the region.

If you arrive by air a rental car is the best way to get around. We use RentalCars.com, where we always find the best rental car selection and prices.

Spain’s Basque Country is a unique region in the north that has its own language, local food delicacies and a stunning landscape all of which are remarkably distinctive from the rest of the country. Our Basque Country favourites are Bilbao, San Sebastian and Juan de Gaztelgatxe together with some of the quaint little villages along the way!

At the heart of the Basque Country, Bilbao is known for its spectacular architecture, amazing cuisine and dramatic coastline which featured on Game of Thrones. The shimmering Guggenheim Museum, designed by Frank Gehry, is an architectural masterpiece and one of the stars of the city. Food is also at the forefront of Bilbao and Michelin Star eateries sit alongside Pintxos Bars, the Basque Country equivalent of Spanish tapas, and traditional family restaurants serving Basque dishes.

The picturesque San Sebastian on the Bay of Biscay is a world-renowned foodie destination with a charming Old Town and one of the best beaches in Spain. Foodies can rejoice as San Sebastian boasts the second-highest number of Michelin Stars than any other city, only Kyoto in Japan has more. The city has an incredible 17 Michelin Star restaurants, including three of the 7 Spanish Three-Star Michelin restaurants. San Sebastian was once the chosen holiday destination of Spanish Royalty and the beautiful mix of elegant buildings, cobblestone streets and stunning architecture continues to draw visitors today.

The Vizcaya Bridge, a UNESCO World Heritage site, connects the neighbouring towns of Getxo and Portugalete between which the Nervion River passes. It was the first bridge in the world to carry people and vehicles on a suspended gondola which is high enough to allow boats to navigate underneath. The Vizcaya Bridge is located close to Bilbao and is more than worth the trip to experience the gondola crossing!

The tiny island of Gaztelugatxe is connected to the Basque mainland by 241 steps and a rugged stone bridge and is one of the most stunning sites in the region. Visitors to the island can explore the historic church, San Juan de Gaztelugatxe, where it’s common practice to ring the bell three times and make a wish. The picturesque island recently shot to fame after featuring in Season 7 of Game of Thrones where it doubled as Dragonstone.

The beautiful town of Santiago de Compostela is best known as the final stop of the world-renowned Camino de Santiago pilgrimage. The town is an intriguing mix of history and the vibrant energy brought by a jubilant stream of pilgrims arriving after completing the Camino. The Old town is a UNESCO World Heritage site and is considered one of the world’s most beautiful urban areas. It’s incredible to meander through its narrow streets, where wine and tapas bars spill out onto the lively squares, and visit the historic Cathedral de Santiago de Compostela where the remains of Saint James are said to be buried.

The burnt orange clay mountains of Las Médulas, once the most important gold mine in the Roman Empire, are one of the most fascinating sights we saw in Northern Spain. The Romans used a complicated aqueduct system to force the water through and, ultimately, rearrange the mountains and are believed to have extracted almost 1,000 tonnes of gold. The viewing platforms offer a stunning panorama of the area and it is also possible to explore the mines by guided tour.

The charming city of Burgos is located just south of Bilbao and is one of the main crossroads of the Camino de Santiago pilgrimage. The stunning Gothic Burgos Cathedral in the city centre is designated as a UNESCO World Heritage Site and is one of the finest pieces of religious architecture you’re likely to visit.

The village of San Millán de la Cogolla is a short drive from Burgos and is home to both the Suso and Yuso Monasteries. Set in the middle of the La Rioja wine region and awarded UNESCO World Heritage status in 1997, the monasteries are a must for anyone visiting Northern Spain. Now uninhabited, tours of the monasteries take visitors through their ornate interiors and the monks living quarters. The first written Spanish and Basque texts have been traced to the Suso monastery.

For the opportunity to explore millions of years of history, the Archaeological site of Atapuerca is a short drive from Burgos. It contains traces of hominid life from a million years ago and one of the major finds included a cave with bones of 32 male and female bodies of all different ages.

The Asturias region is one of Northern Spain’s hidden gems. From Oviedo, the capital, to the stunning Alpine landscapes of the Picos de Europa, to its renowned cider and cheese, Asturias has a lot to offer.

Oviedo is a charming city and a lovely mix of Old Town and modern. It was founded in 761AD and is home to some of the oldest religious buildings in Spain. The streets are picturesque and there are sculptures dotted throughout the city: if you come across a Woody Allen sculpture it’s because he filmed the movie Vicky Cristina Barcelona in Oviedo! Make sure to sample the Asturian sweet treat Carbayones and get merry on Sidra, the local cider.

11 | Monuments of Oviedo and the Kingdom of the Asturias

Asturias, founded in 761AD, is credited with keeping Christianity alive in the Iberian Peninsula during the 9th Century and the monuments of Oviedo and the Kingdom are a series of pre-Romanesque constructions from the period. The Oviedo Cathedral and the hilltop Roman churches of Santa María del Naranco and San Miguel de Lillo are our highlights.

The beautiful coastal town of A Coruña boasts sweeping coastal views and incredible food due to its history as a major Spanish fishing port. A Coruña is definitely not to be missed and is most well known for its iconic lighthouse, the Tower of Hercules.

The vibrant university city of Salamanca is a northern Spain gem and one of our favourite cities in the region. The magnificent main square, Plaza Mayor, is the heart of the city and its dramatic architecture is breathtaking. The Old and New Cathedrals dominate the city skyline and a climb up their towers rewards with panoramic views of Salamanca. The university, founded in the 15th Century, is the oldest in Spain and continues to attract a young population which adds to the vibrancy of the city.

Segovia was a Spanish town that really surprised us with its charms! We spent an afternoon exploring the old Jewish quarter, the cathedral and chilling in the park which is overlooked by the beautiful castle of Alcázar de Segovia. Along with Neuschwanstein Castle in Germany, it’s believed that Alcázar de Segovia was the inspiration for Walt Disney’s Cinderella castle and it is easy to spot the similarities and inspirations! Segovia is most well known for the massive Roman aqueduct which runs through the town centre and, together with the old town, forms part of the Segovia UNESCO World Heritage Site.

The old town of Avila is spectacularly surrounded by towering city walls and it is one of the most remarkable and beautiful medieval cities in Spain. Construction of the walls began at the end of the 11th Century and are at their finest in the evening when they are bathed in light. Pilgrims flock to the Convent of St Teresa, a convent and shrine built at the birthplace of St Teresa.

The Valley of the Fallen is one of the most controversial memorials in Spain. The memorial, consisting of a huge basilica and a towering hilltop cross, was constructed on the orders of the military dictator Franco as a burial place and tribute to those who died in the Spanish Civil War.

Over 30,000 people from both sides of the war are buried in the valley alongside Franco: his tomb is located in the basilica and he is the only person buried in the Valley of the Fallen who did not die in the Civil War.

The monument was completed in 1959 and continues to provoke controversy for a number of reasons: the memorial was constructed through the forced labour of political prisoners some of whom who died as a result, the presence of Franco’s corpse and the lack of a proper burial for so many of those resting in the Valley.

The library has a collection of over 40,000 books and the Royal Parthenon contains 26 gold and marble tombs of former Spanish Royalty, both of which are highlights of a visit. The surrounding hills offer some nice hiking opportunities and the town is full of quirky shops and traditional restaurants.