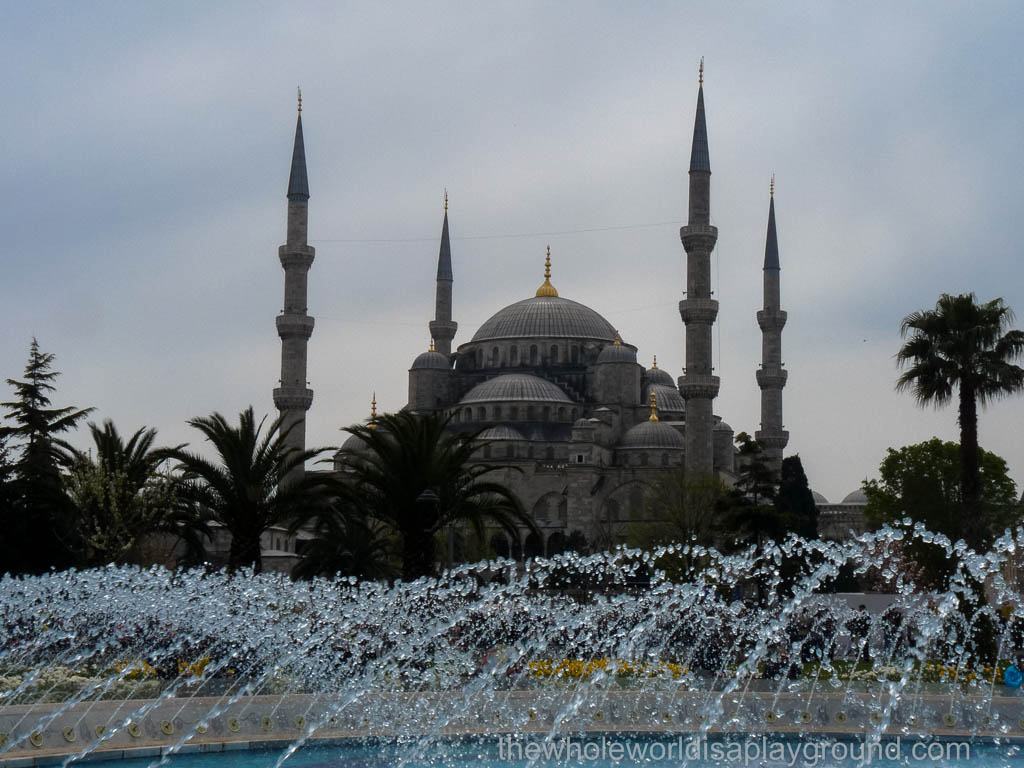 It’s hard not to fall in love with the vibrant, hip city of Istanbul.  The eclectic mix of Europe and Asia, East and West and old and new make Istanbul an amazing spot for a city break. It’s definitely one of the world’s best cities and I keep coming back for more!

Here’s thewholeworldisaplayground’s quick guide to the best sights in Istanbul:

The spectacular Blue Mosque is the reason I wanted to visit Istanbul. It’s not really blue, the name comes from the blue tiles adorning the interior walls. The domes and minarets are majestic against the Istanbul skyline and it’s just as stunning on the inside as it is on the outside.

Hagia Sofia was my unexpected favourite in Istanbul. Originally a church, it was turned into a mosque and subsequently a museum. The glittering gold mosaics, dating back to as early as the 9th century, blew my mind. 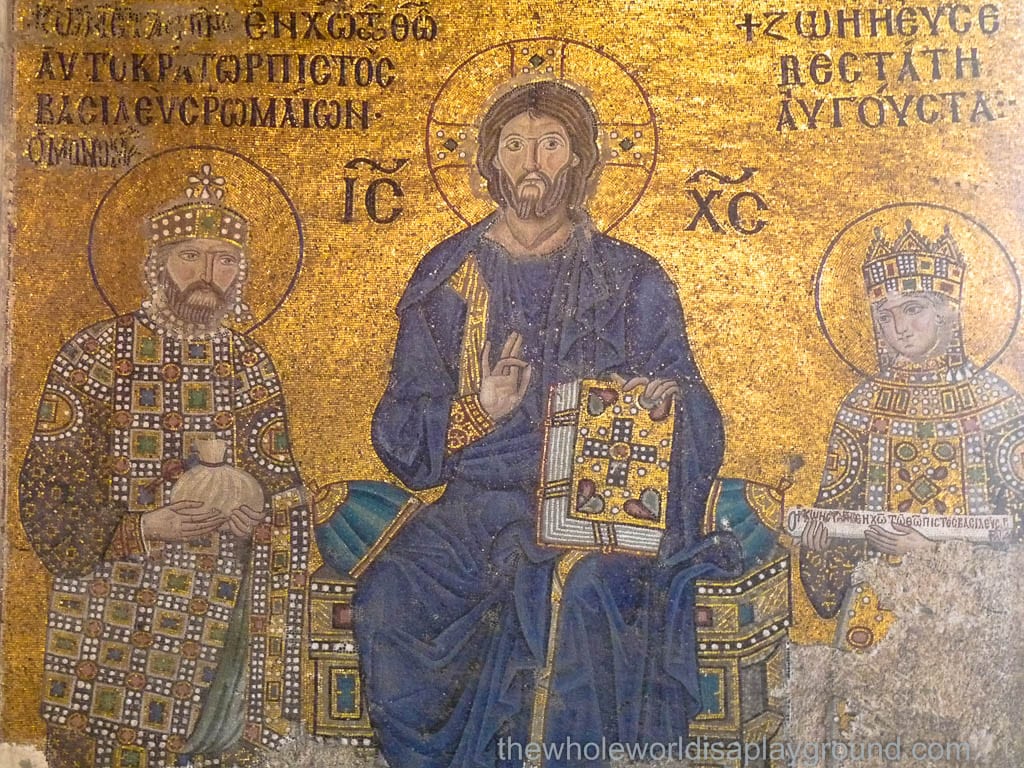 The romantic and mysterious Basilica Cistern is mesmerising with its 336 columns. The Medusa heads and the teardrop column are the star attraction for me. It’s hard not to come across all 007 after a trip down to the Cistern and remember Mr Bond sailing through! 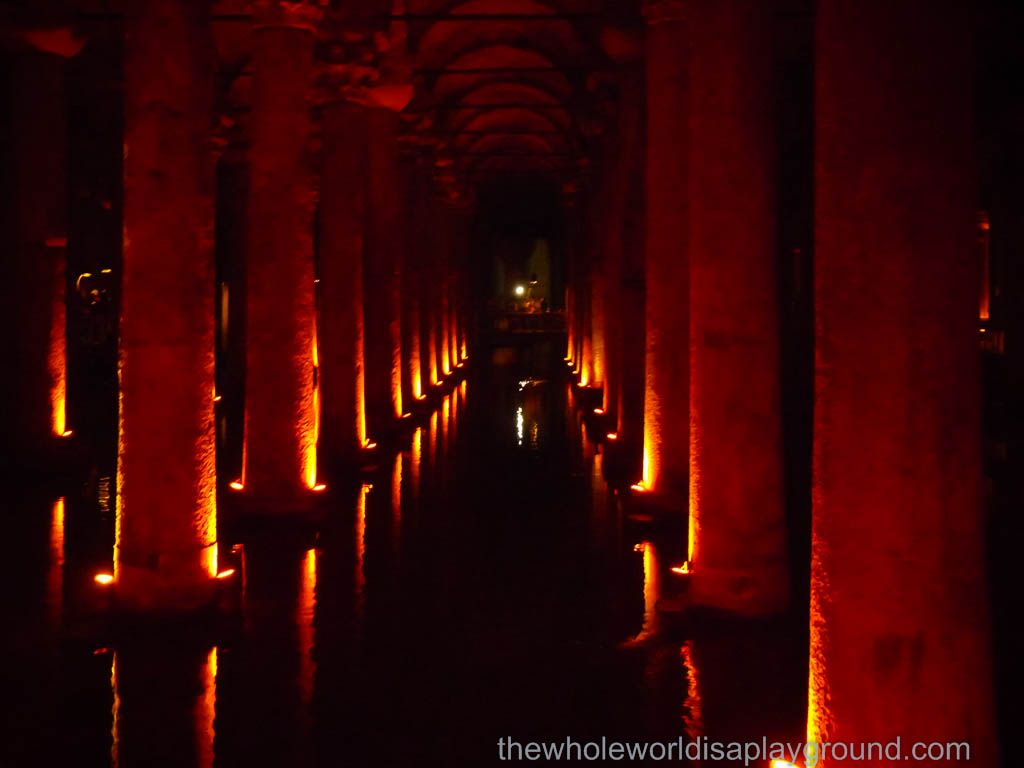 Shopping fan or not, the Grand Bazaar is a must do in Istanbul! It’s easy to get caught up in the chaotic energy of the maze of shops (over 3000 stores apparently) and lose track of time and reason. Bargaining skills at the ready! 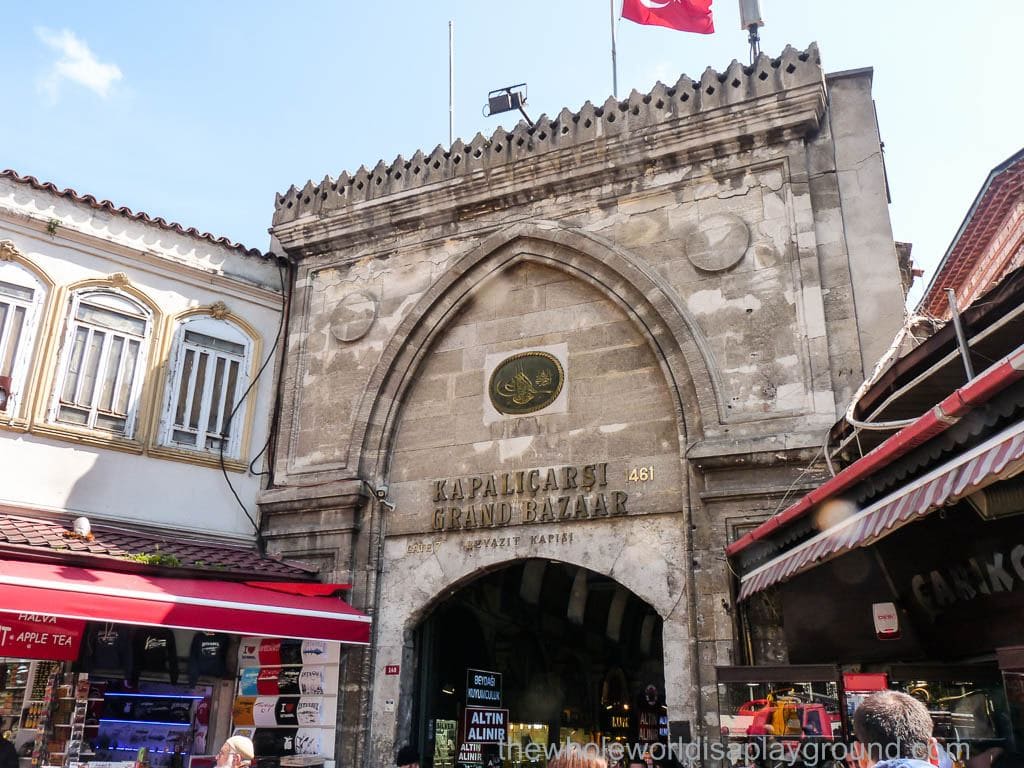 Prepare to be wowed by the magnificent array of store fronts packed to the brim with spices at the Egyptian Bazaar and the enticing aroma of tea, coffee and spices. A wander through the Spice Market enjoying the banter of the traders is a lot of fun! 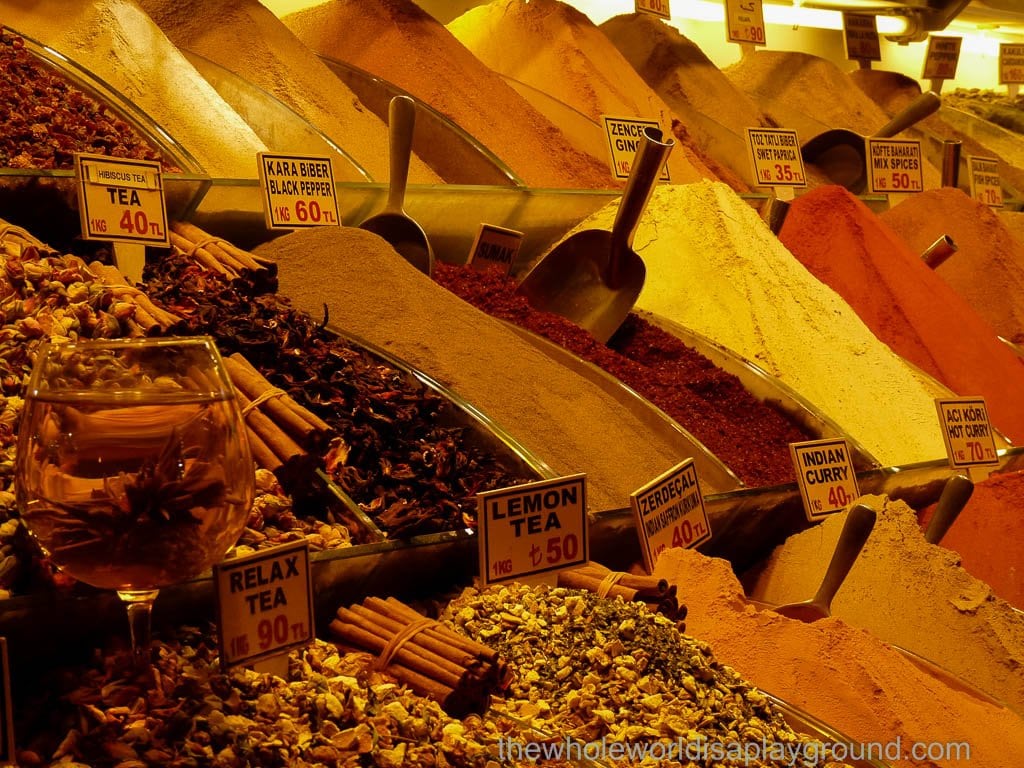 A stroll down the busy Istiklal Street is one of my favourite ways to spend an afternoon in Istanbul. It’s packed with boutiques, cafes, bakeries and big brand stores and has the potential to do serious damage to the wallet! The historic red tram is a beautiful addition to the pedestrianised street. 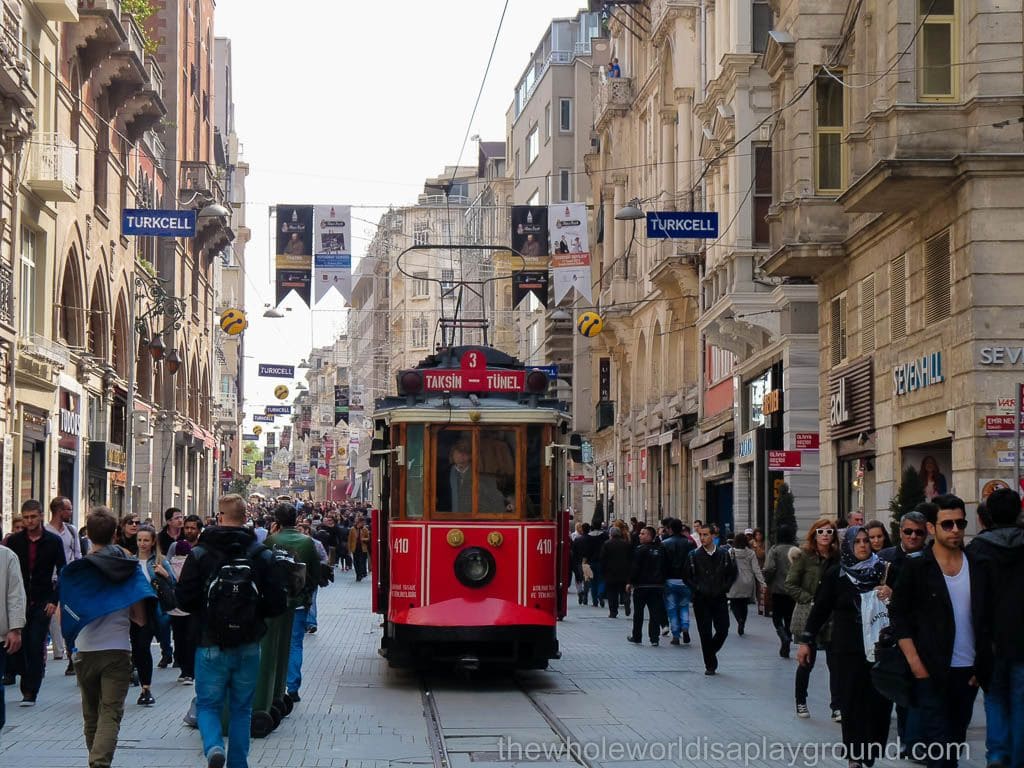 The Galata Tower dominates the Istanbul skyline and is visible from all over the city. Climb to the top of the cylindrical tower for panoramic views of Istanbul. Beautiful! 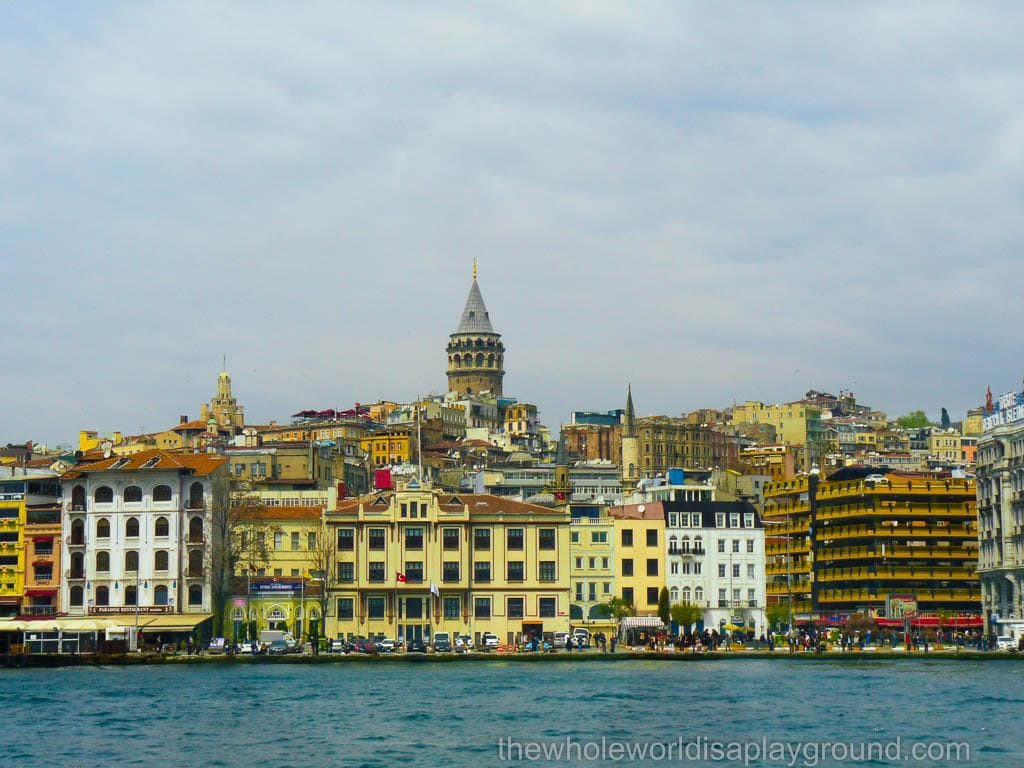 There are not too many places in the world where a short boat trip spans two continents. With Europe on one side and Asia on the other, the novelty of being in two continents was almost too much for me! 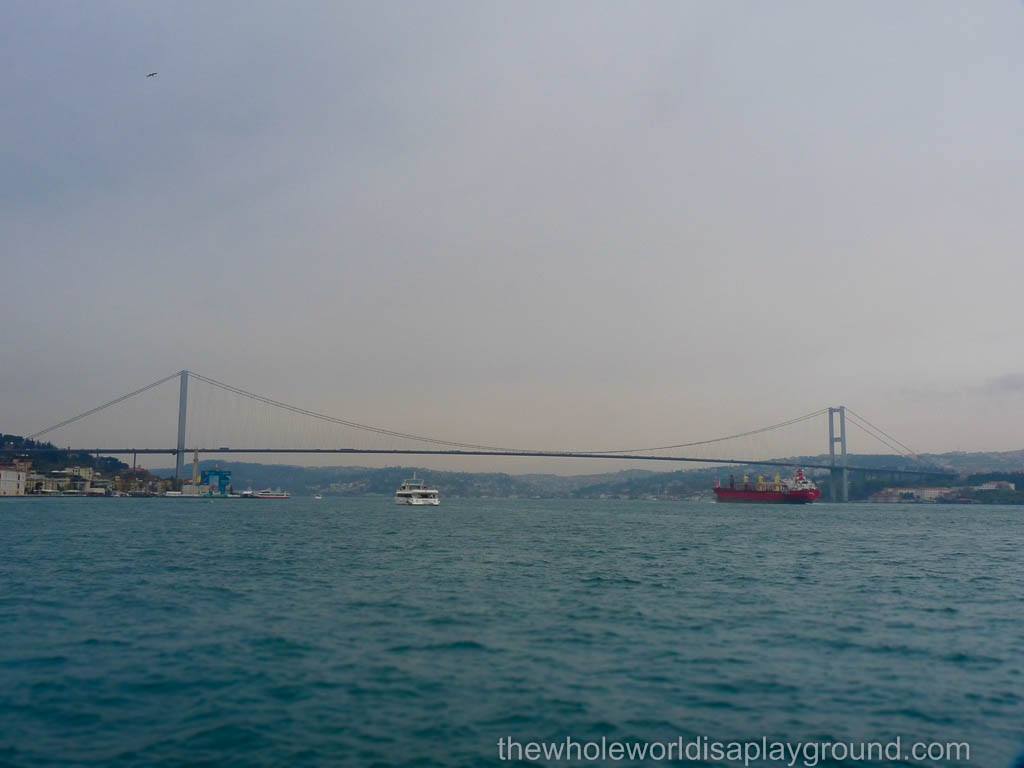 The Galata Bridge spanning the Golden Horn is an Istanbul hotspot. It’s as chock a block with people as the Bosphorous is with ships. There’s an incredible buzz underneath the bridge with the non stop cafes and bars making for some excellent people watching! 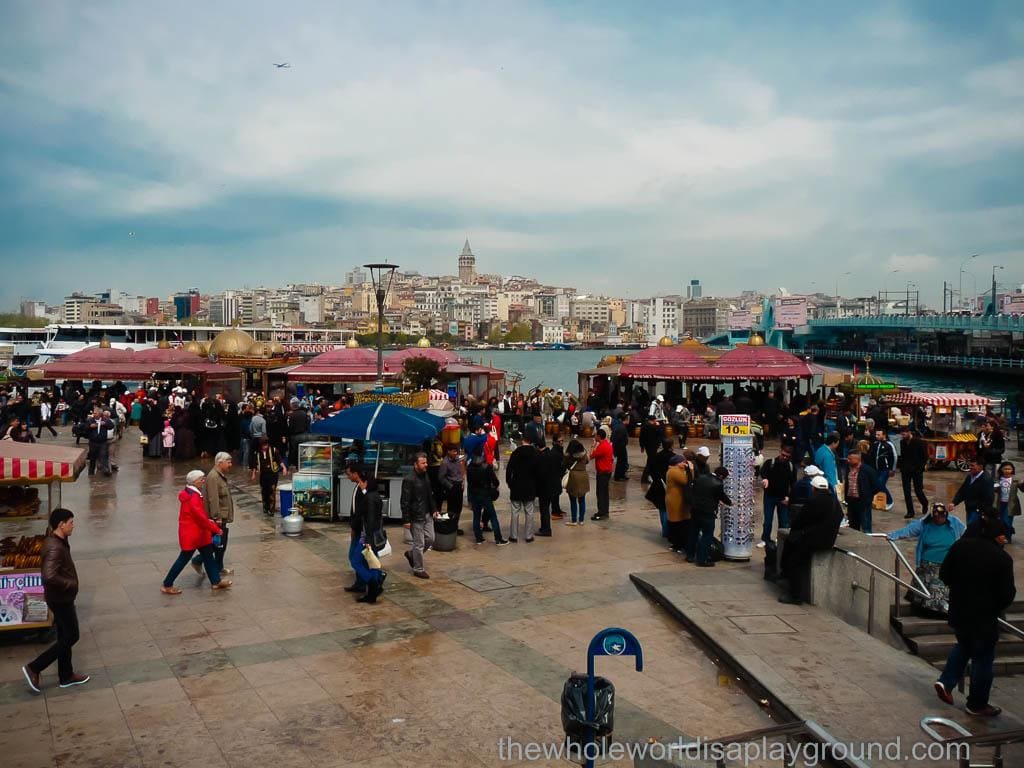 Istanbul is an amazing city with so much to see and do. Our Top 9 sights are an excellent starting point to help plan your Istanbul trip.

2 thoughts on “The best sights in Istanbul: Places we Love!”