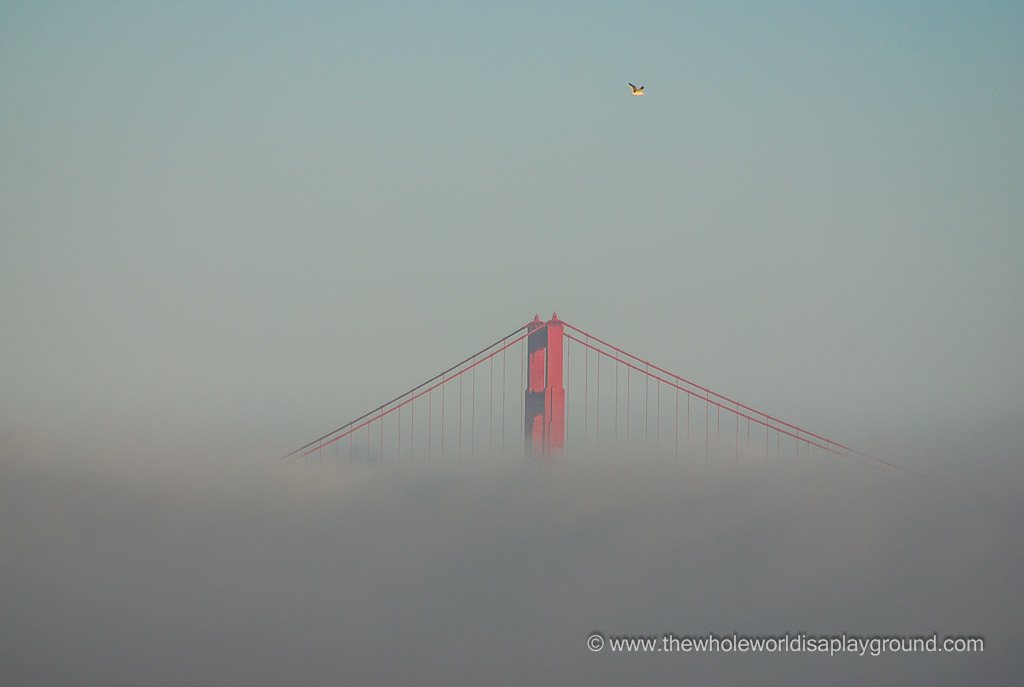 Having spent a summer of fun living on the West Coast during our college days we’ve found it impossible to resist the lure of California and have returned many times since. With its stunning Bay backdrop, diverse culture and vibrant atmosphere it’s easy to leave your heart in San Francisco. Check out our 10 must see sights that have stolen a piece of our hearts and will be sure to take a little piece of yours too! 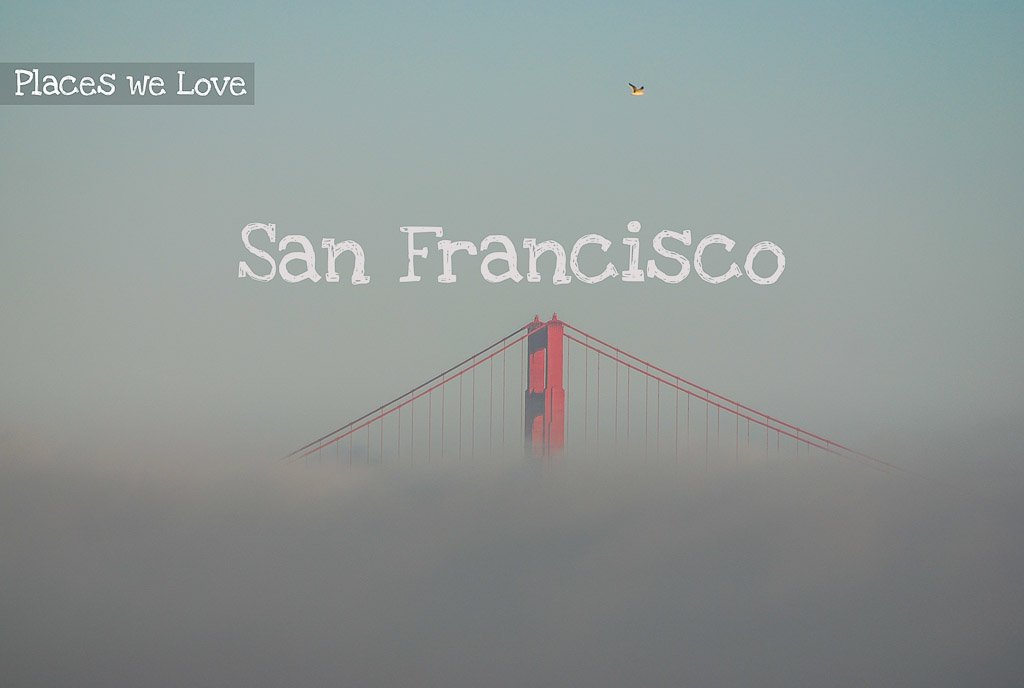 Lombard street has the accolade of one the world’s most crookedest streets and the 8 hair pin turns are a sight to behold. The narrow street is lined with grand Victorian mansions, flowers in full bloom and approximately 1 million tourists taking pictures. It’s one of my favourite streets in the city and the walk to the top is an excellent workout after all the San Francisco indulgences! 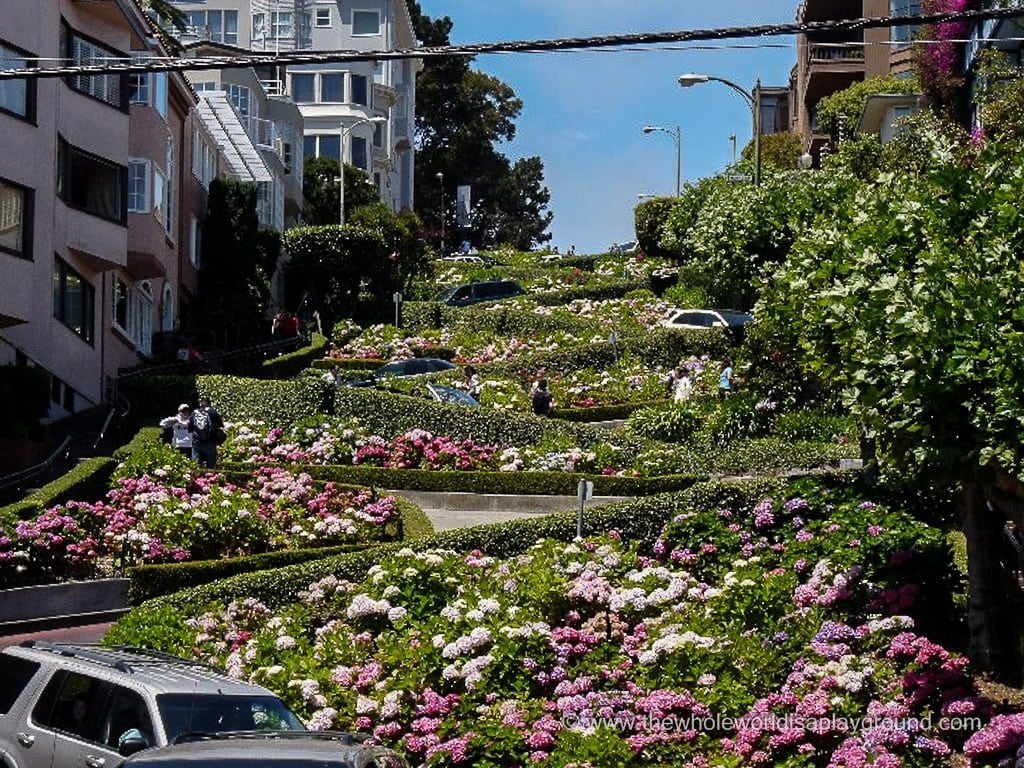 Visiting the infamous Alcatraz prison is like entering a scene from the movies! Being in San Francisco a hill is inevitable but it’s well worth the climb to wander through the prison which housed some of America’s most notorious prisoners including Al Capone and the Birdman. Grab an audio tour and listen to the tales of life in Alcatraz straight from the people who lived through it. The views from the boat ride are an added bonus. 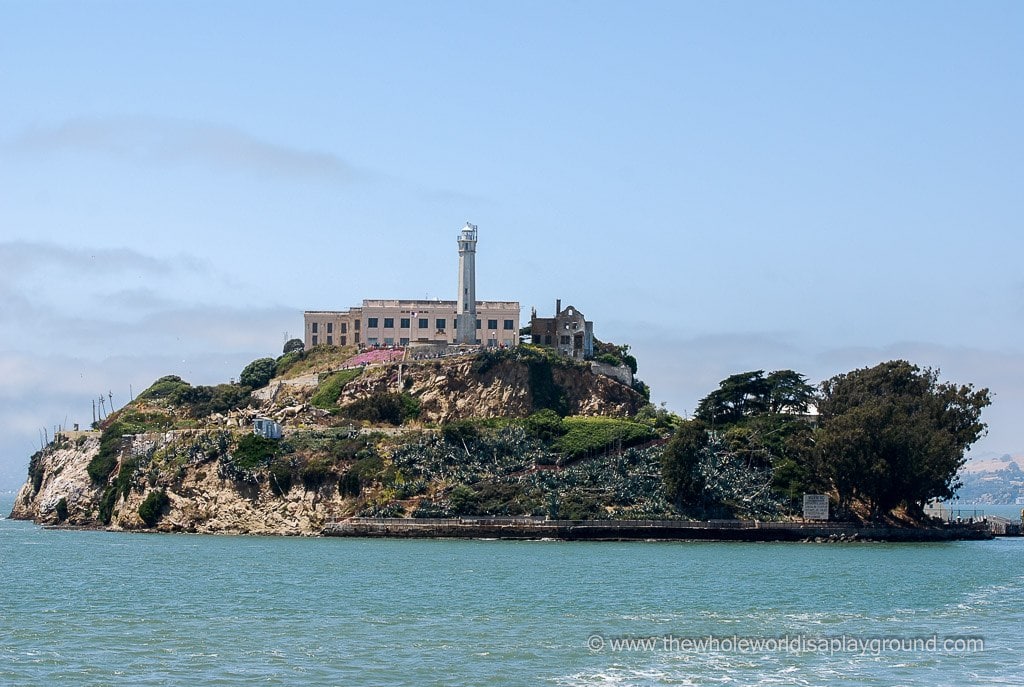 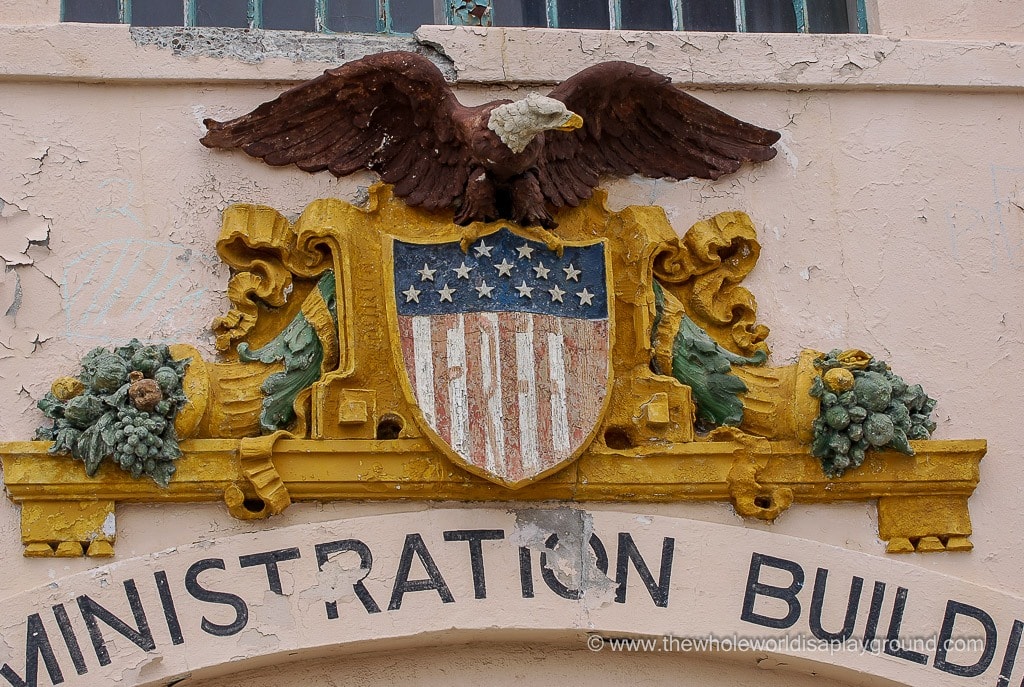 We all need some green space from time to time and Golden Gate park is the perfect escape from the hustle and bustle of city life. The Japanese Tea Gardens are quirky and tranquil with meandering paths, pagodas, arched bridges and stone lanterns. Japanese tea, fortune cookies and people watching are the order of the day at the Tea House and it’s the perfect spot to relax while admiring the garden and its water features. I, for one, am a huge fan! 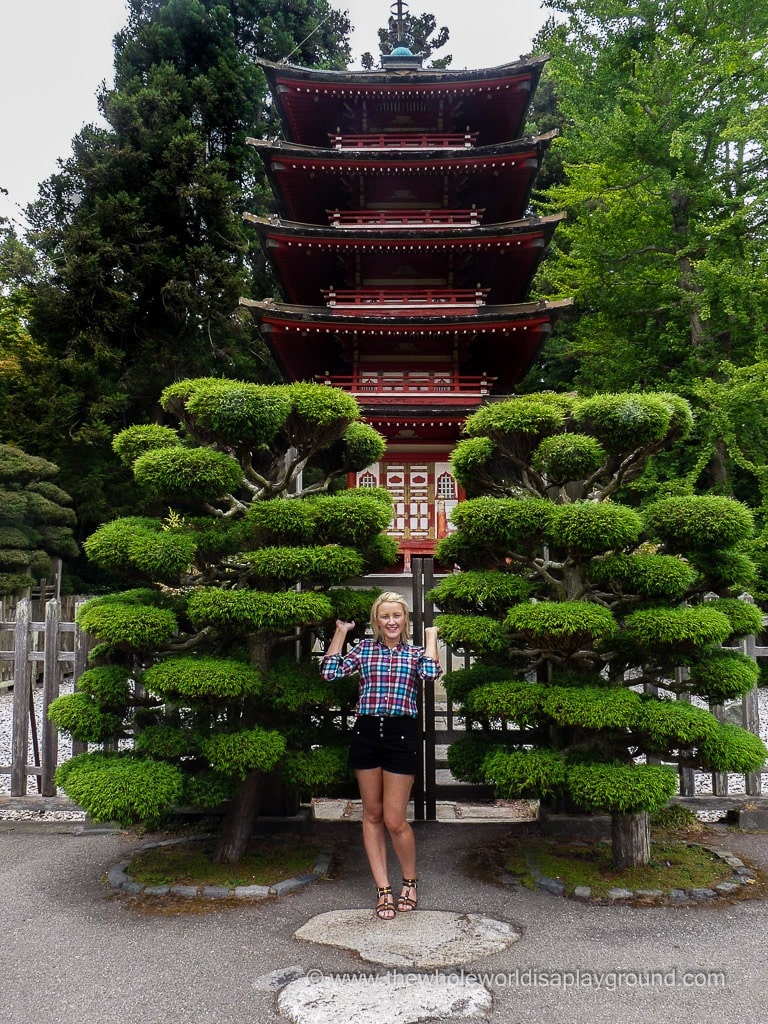 The picture perfect colourful Victorian houses on Alamo Square are one of the most photographed locations in the city. Also known as postcard row, the hilltop provides a stunning view over San Francisco and its skyscrapers. 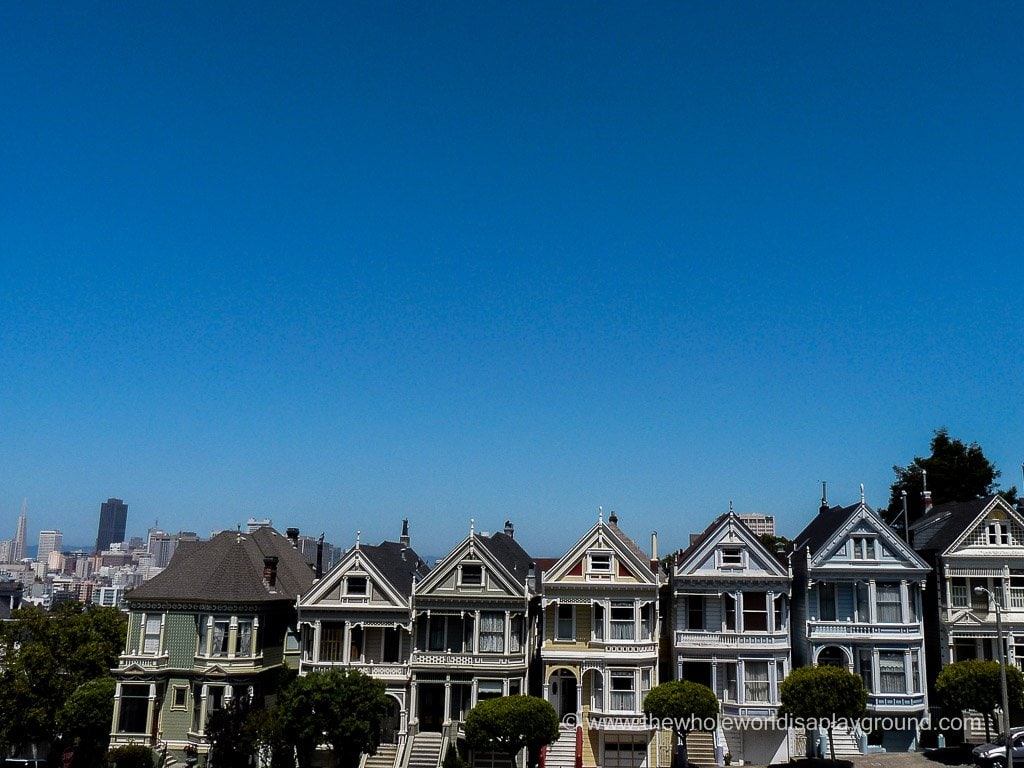 Iconic and breathtaking, San Francisco’s Golden Gate Bridge is the poster child of the city. On a clear day it’s a treat to admire the stunning structure in its entirety from a distance but don’t miss out on getting up close and personal with a bike ride or a walk across the bridge. The majestic bridge spans over 4,000 feet across the bay and it’s often shrouded in fog which adds to its beauty. Be sure to take a moment to admire the views of the Marin Headlands and the city skyline and to listen to the crashing Bay waves. 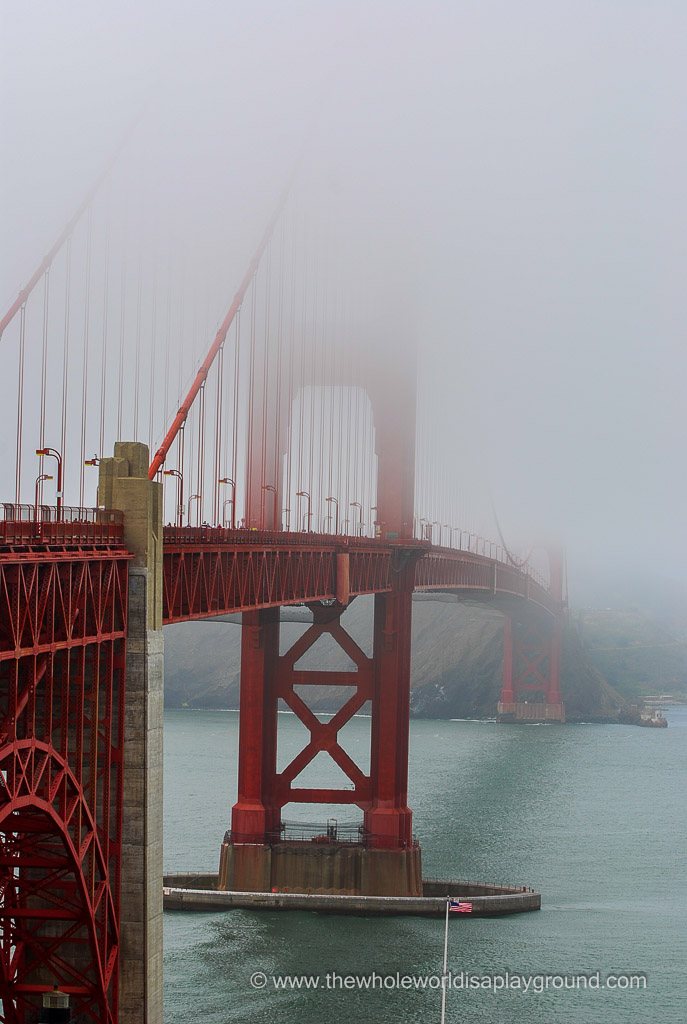 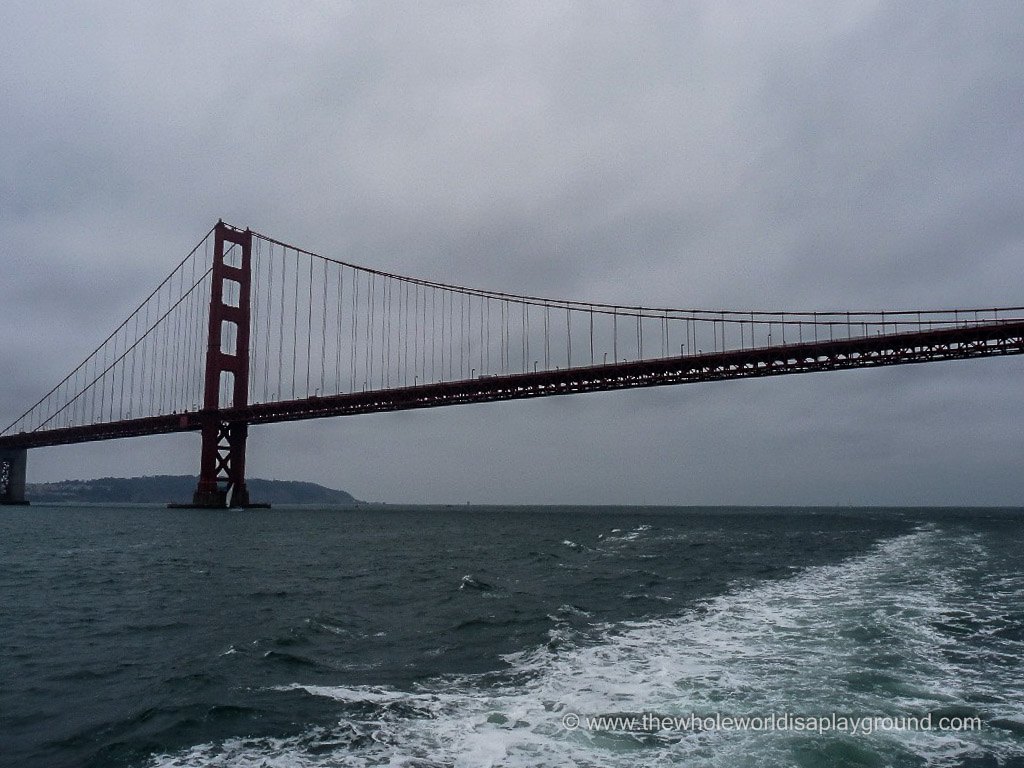 The historic cable cars are a San Francisco icon and it’s still possible to rattle through the streets and climb the steep city hills in the open air cars! The cable car system is over 130 years old riding one is like stepping back in time. The views are amazing as the car descends the steep San Francisco terrain and the bell ringing conductor doubles the charm! 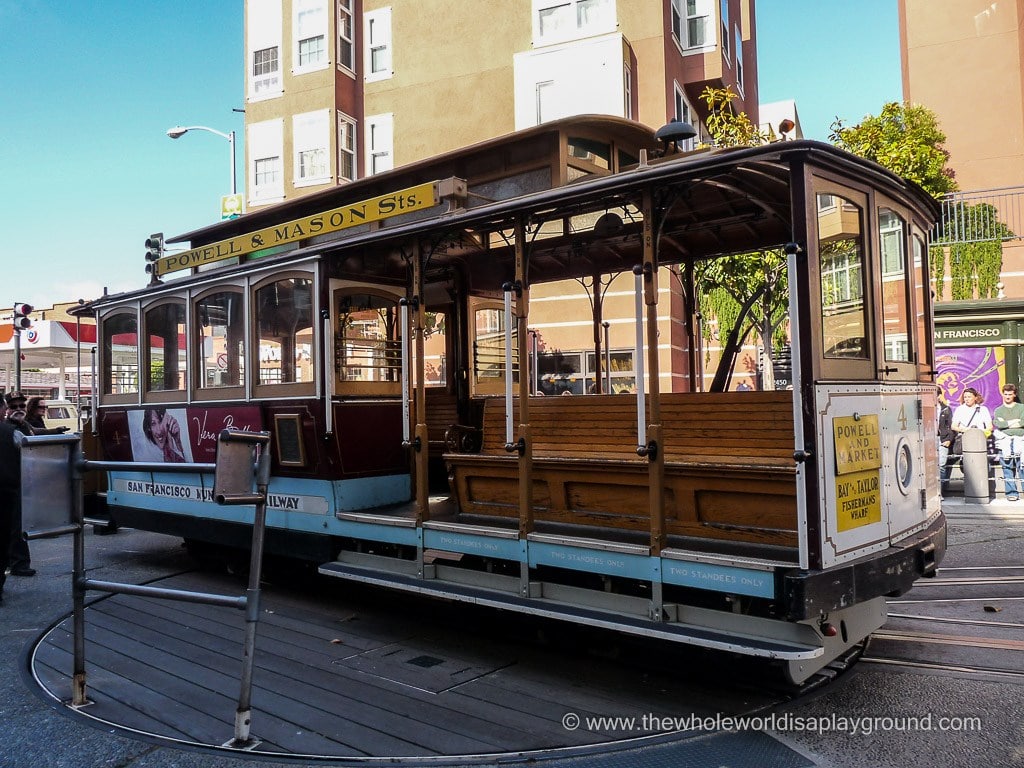 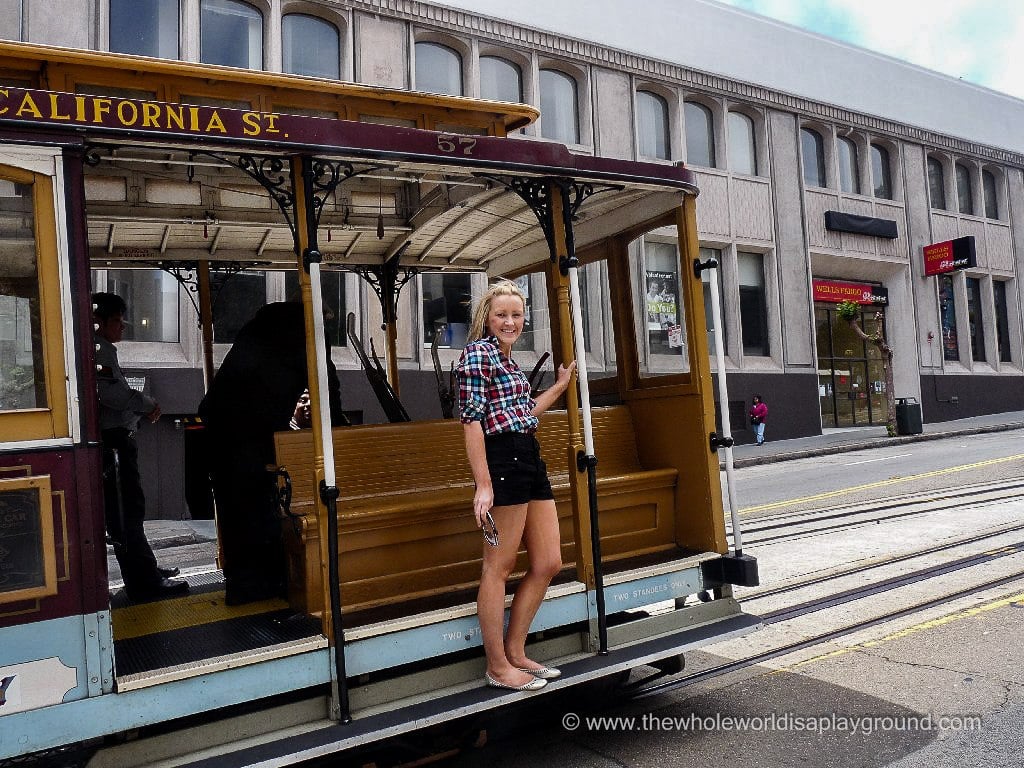 Sea lions, need I say anything more? The sea lions get me every time! There’s lots of street entertainment, seagulls, souvenir shops and food options along the wharf but, for me, it’s about the sea lions! 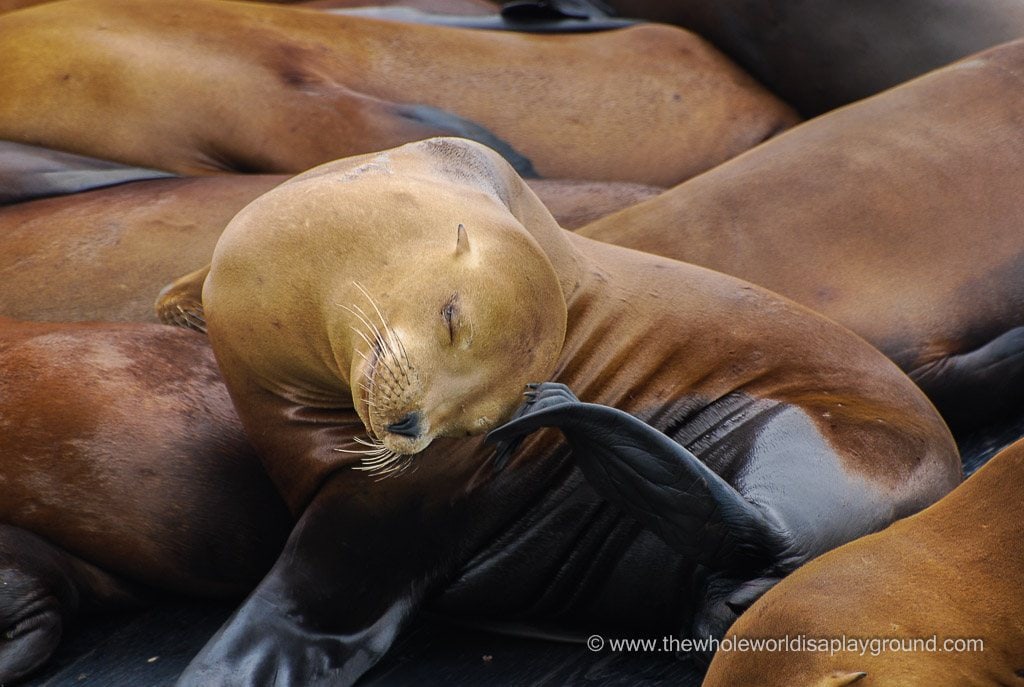 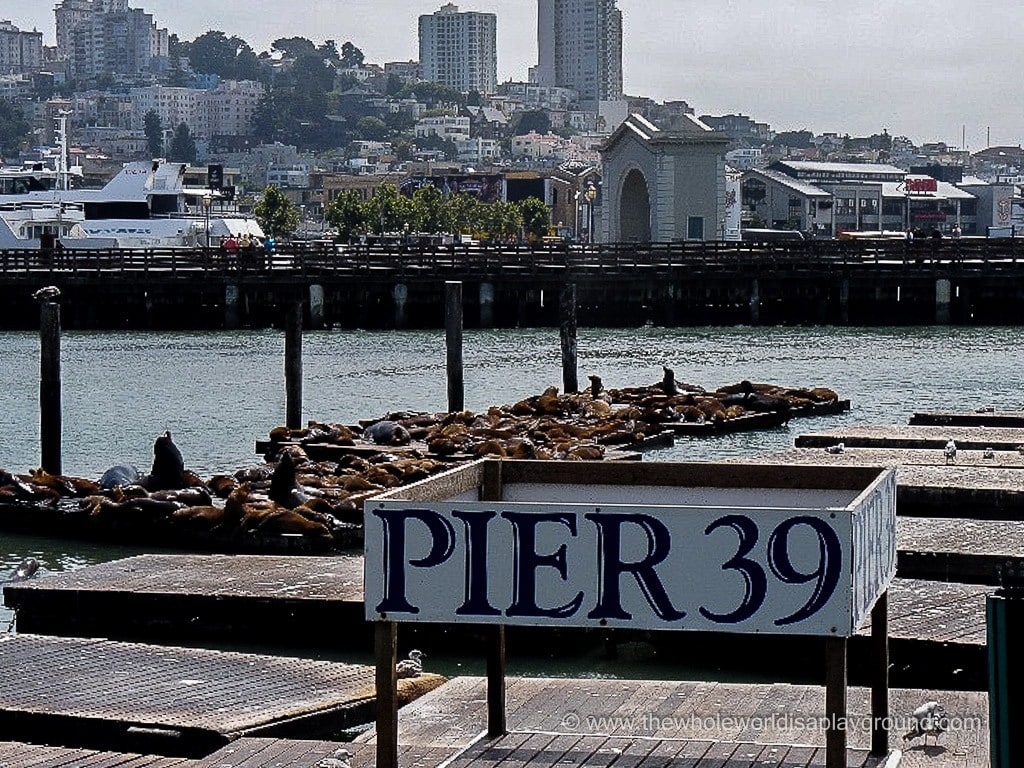 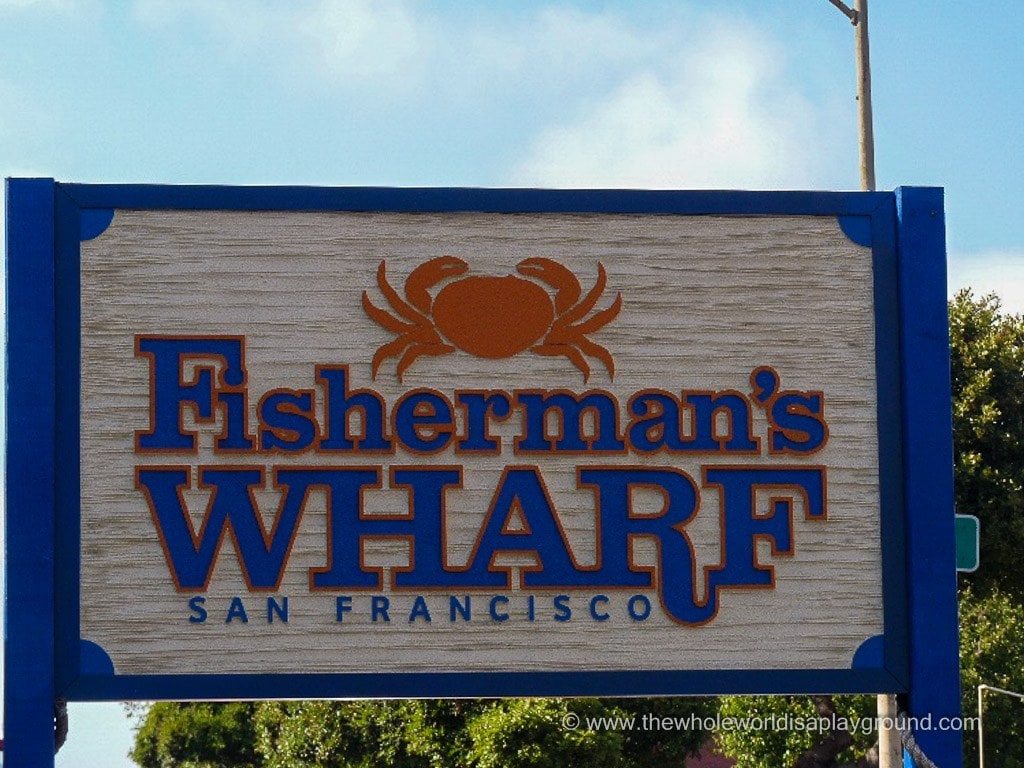 The TransAmerica Pyramid is the tallest building in San Francisco and a symbol of the city skyline. The tower pierces the San Francisco sky and the architecture is stunning. If only it were possible to visit the top floor of the building all would be perfect!

Coit Tower, perched atop Telegraph Hill, is another San Francisco gem and the observation deck is the perfect spot to capture some scenic views over the city. 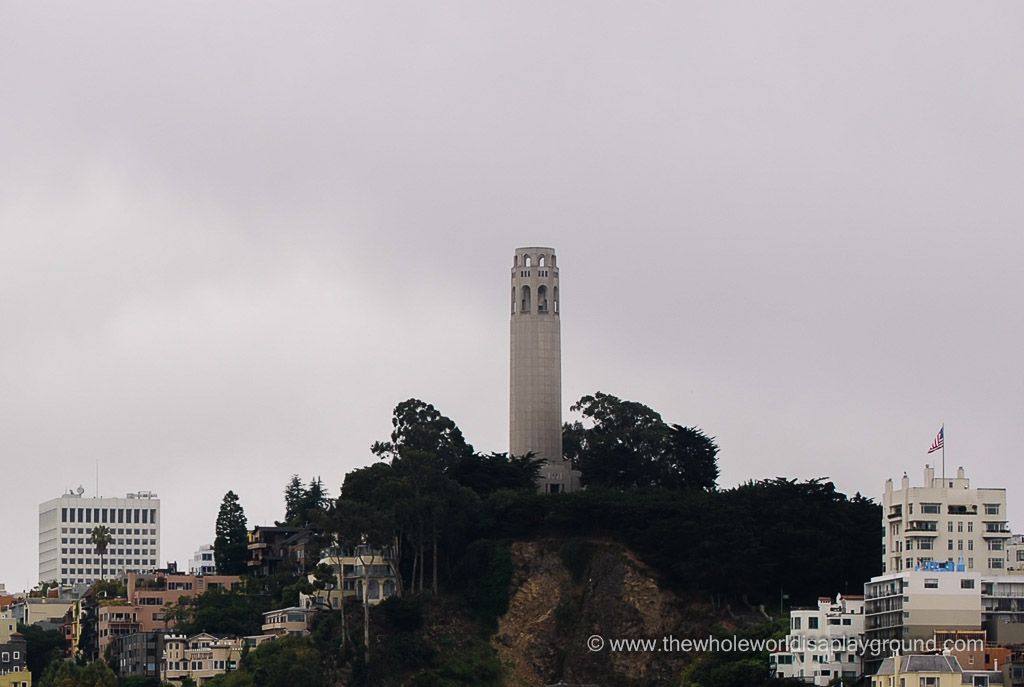 San Francisco is hilly. And when I say hilly I actually mean there are steep mini mountains dotted across the city! You might want to avoid climbing said hills but they are spectacular and lovely to admire from flat ground. 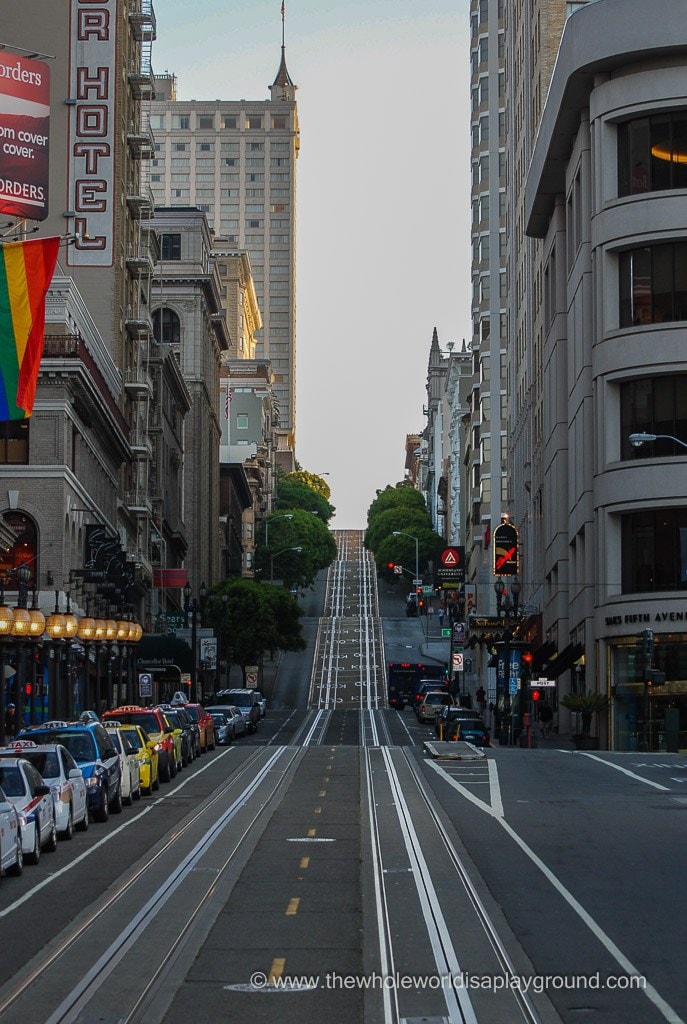 San Francisco’s China Town is an assault on the senses! It boasts the title of the largest China town outside of Asia and is intense, chaotic and tightly packed with hundreds of shops and restaurants. Be sure to bargain for souvenirs, dine cheaply in one of the many eateries and admire the colourful buildings! 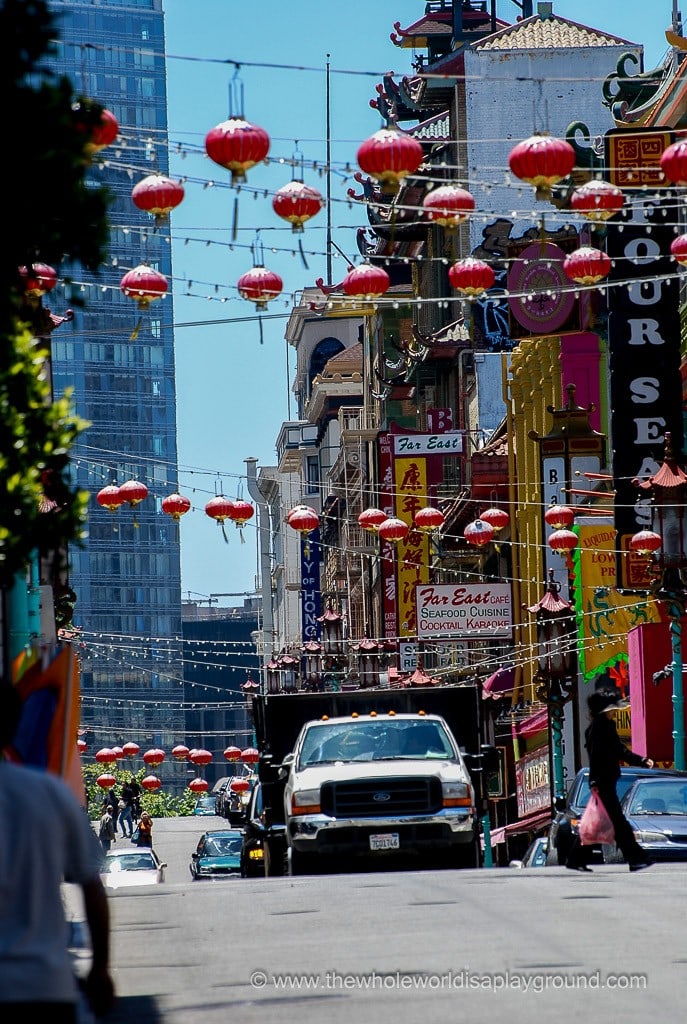 So there you have it, our 10 favourite places to visit in San Francisco to assist with your San Francisco dreaming. Will you leave your heart there?

4 thoughts on “San Francisco must see sights: Places we Love!”