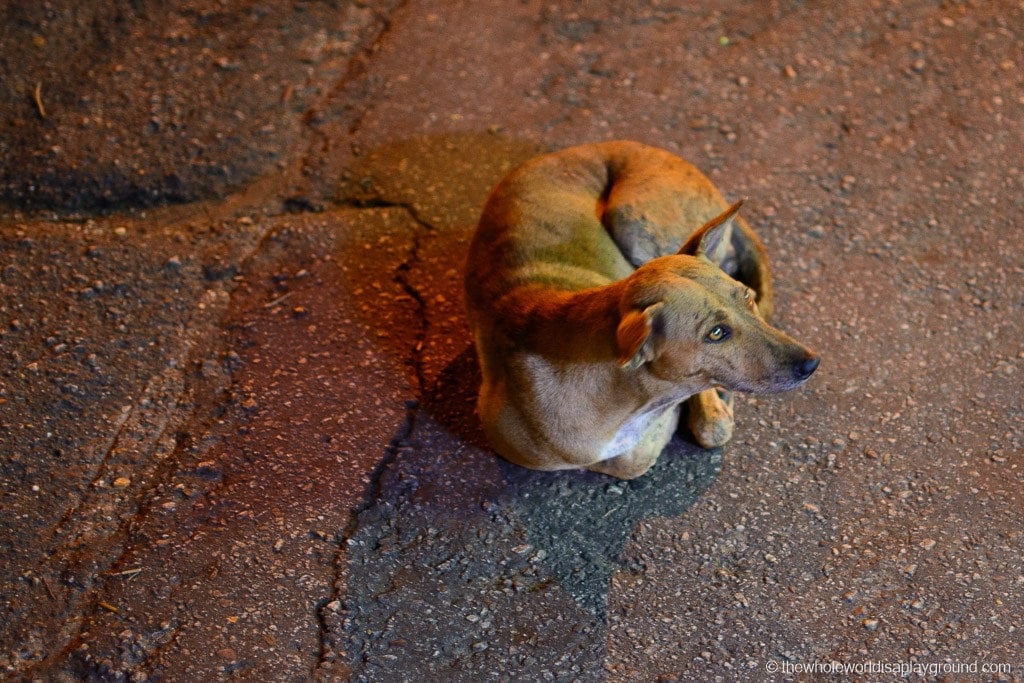 After a close encounter with a very crazy cat in a Bangkok train station I’m a little apprehensive in countries with lots of strays and where rabies is a possibility. Myanmar fitted the bill on both counts and I was slightly nervous ahead of our visit. For all you Myanmar trip planners, here’s the low down on our experiences with the strays and the tips we used to avoid any incidents. 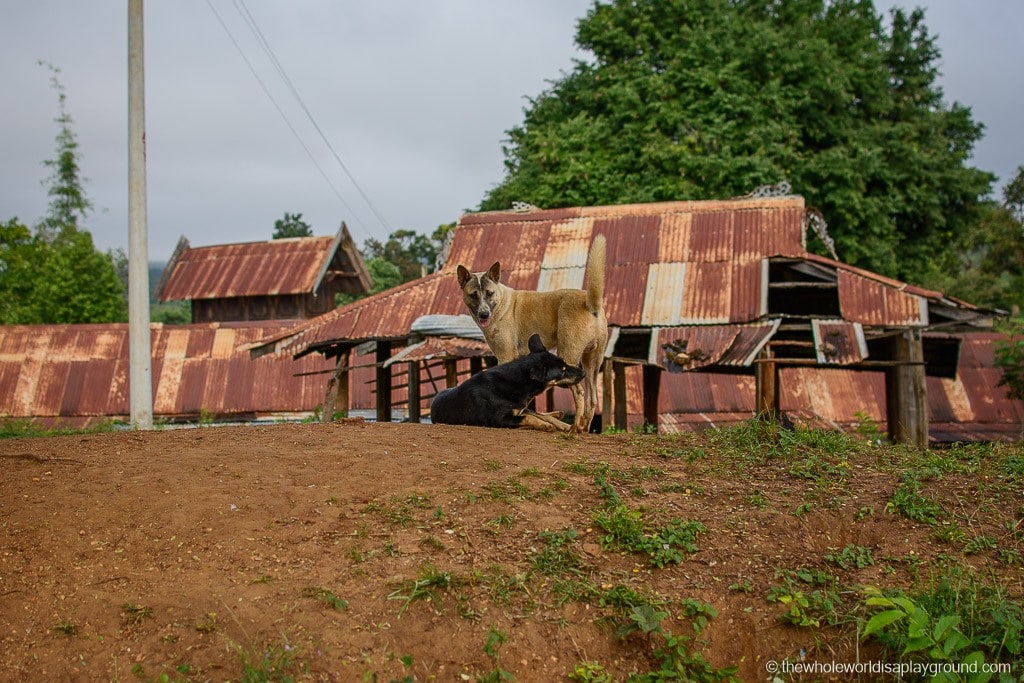 Are there many stray dogs in Myanmar?

In short, YES! We came across hundreds of strays during our two week trip. It’s heartbreaking to see so many dogs, many with bad limps as a result of road accidents, on the hunt for some food and some affection. The hardest part was not being able to adopt every single one we came across. 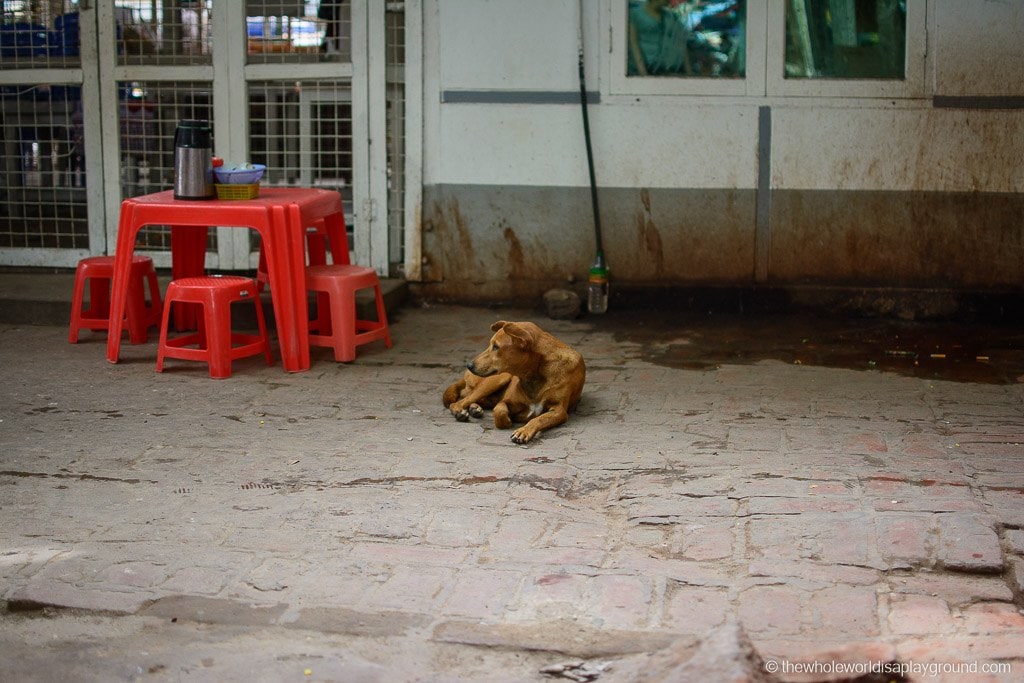 Are the stray dogs dangerous in Myanmar?

Possibly. Rabies is prevalent in Myanmar and a dog bite can be dangerous. For us, the size and bravery of the stray dogs came as a surprise! I should disclose that living with a chihuahua has probably skewed my expectations on dog sizes but the Myanmar strays seemed huge!

In search of food: 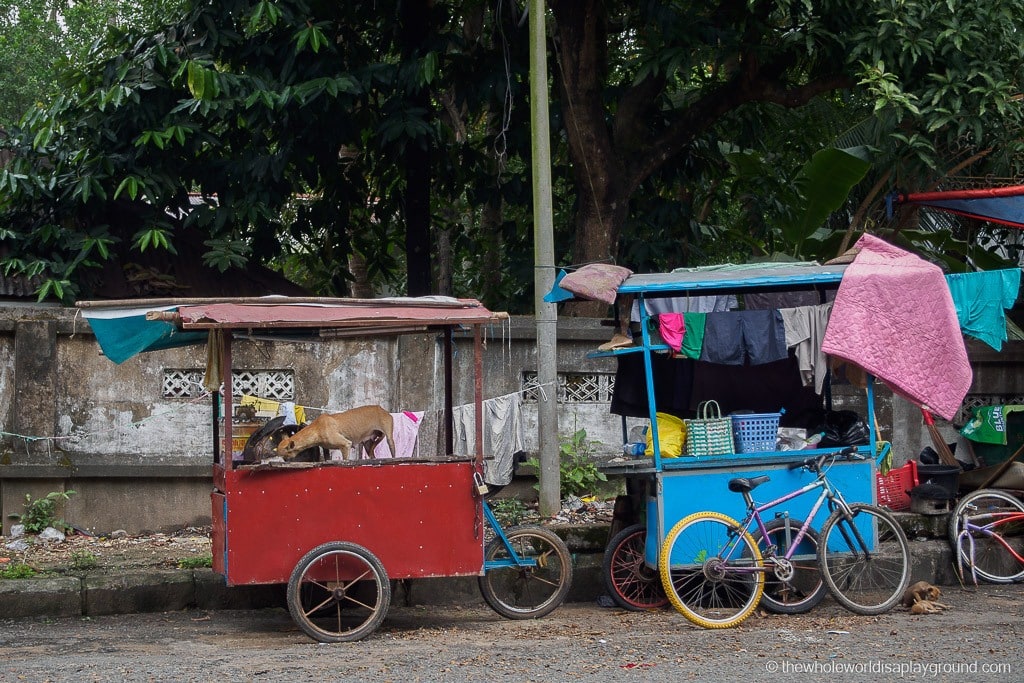 Tips for dealing with stray dogs in Myanmar

During our Myanmar travels we picked up some tips from the locals on how to interact with the dogs. It worked for us! 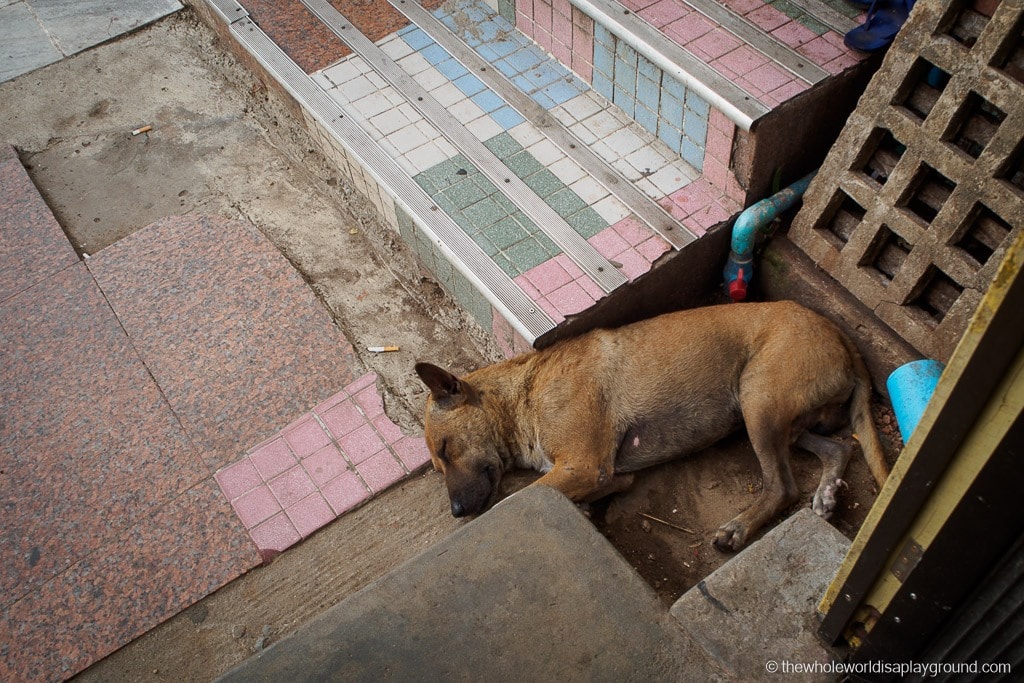 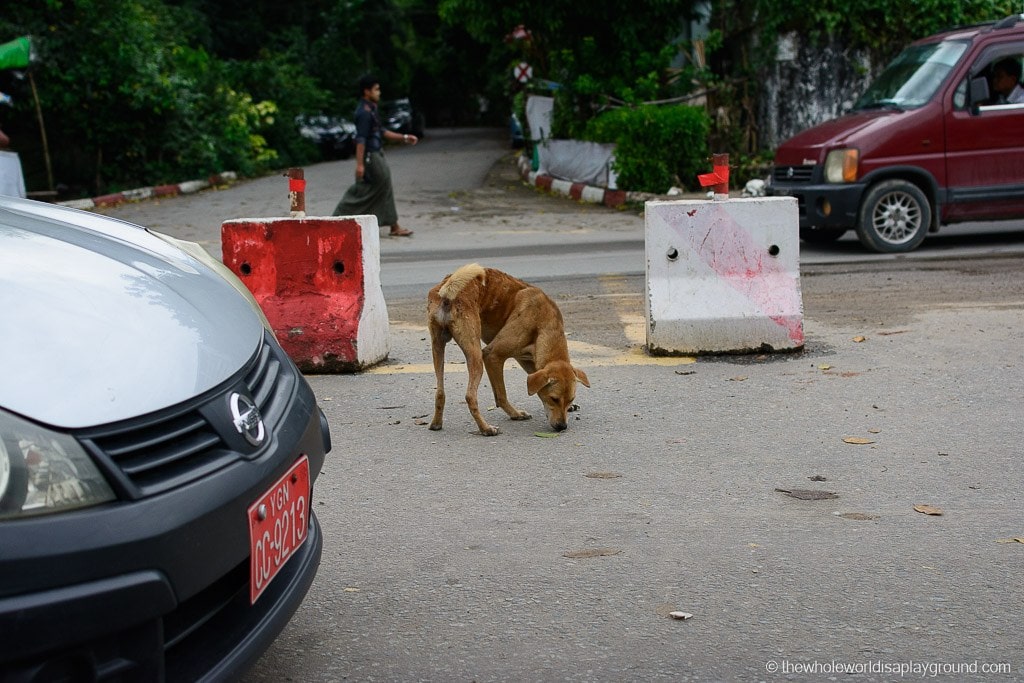 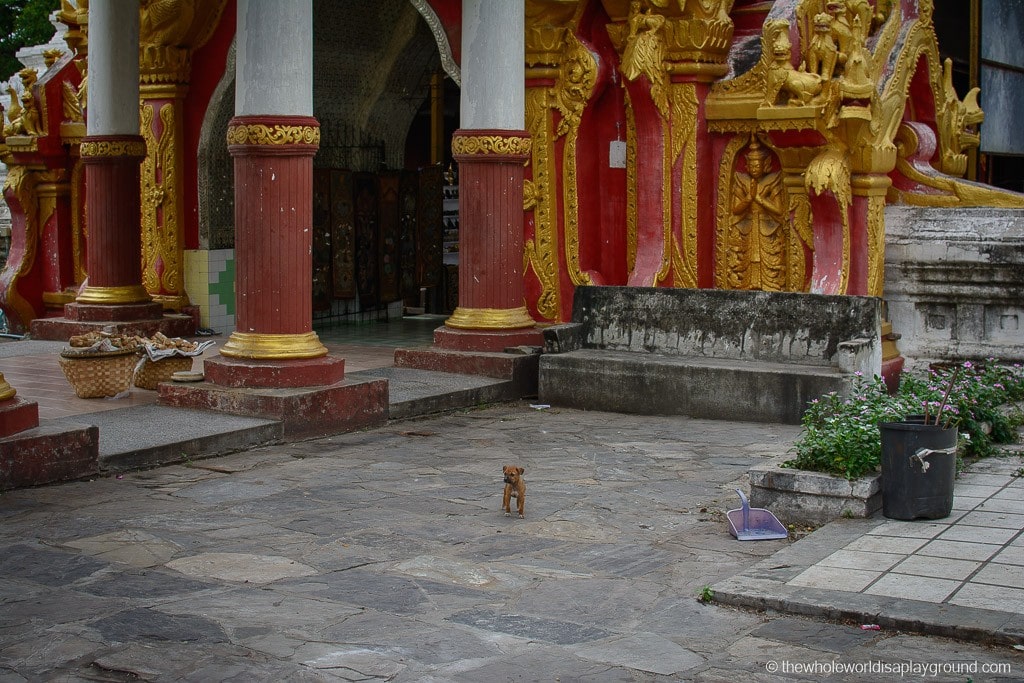 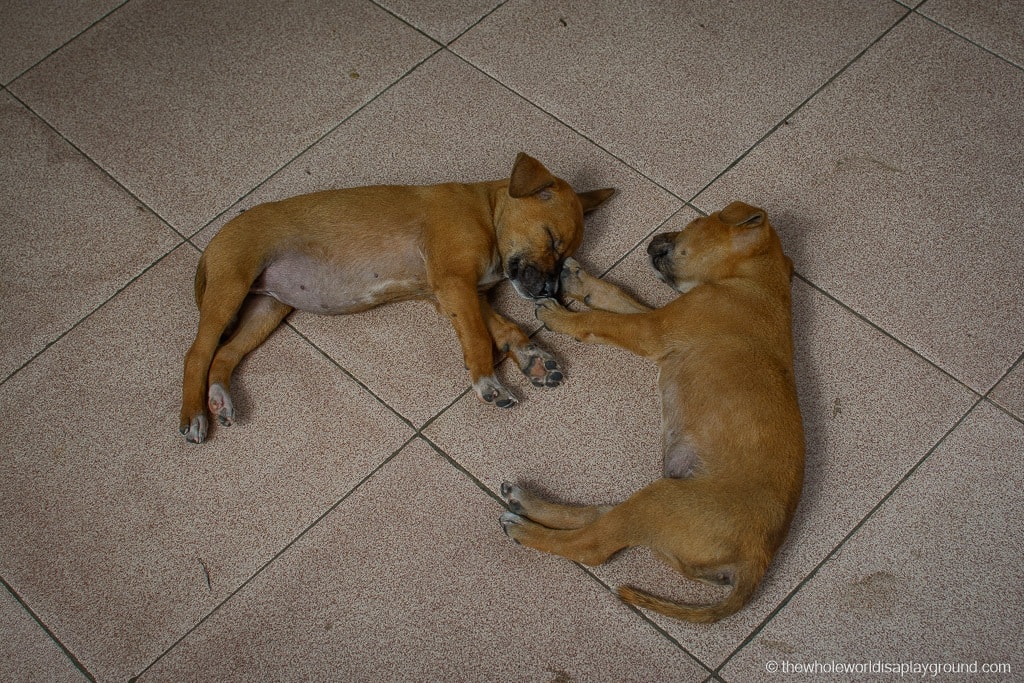 Our experiences with the stray dogs in Myanmar:

While the dogs mostly lounged in the sun there were a few occasions when we had slightly too close for comfort encounters with the strays although all was well in the end!

We had an early morning stop at Indein Village during our Inle Lake dawn boat trip. We were the only tourists at the site and unfortunately this meant that we were the sole object of the strays attention. It started off fine with just one large dog following us around initially. One became two, two became three and three became four… When I turned around and there was a line of 5 dogs behind me, following my every move I’d had enough and called it a day. While initially they backed off with the stamp of a foot and a brisk tripod swoop in their direction, their confidence grew with their headcount and we didn’t want to risk getting bitten.

The dogs at the Schwwadgon Pagoda were generally harmless and more interested in lazing around in the sun than getting up to mischief. They didn’t cause us too much concern until one night I hopped out of a taxi to catch the golden pagoda on an evening visit and my bum became caught the attention of a stray on the street. Dave noticed his barks and growls as he came up behind us and scared him away but he soon returned for more fun. A local lady and her brush saved the day when she shouted some Burmese words along with a dramatic bang of her brush and he soon fell into line.

While numerous, the strays in Bagan were docile and were too busy fighting the heat than bothering with tourists. The only issue we had was a close encounter with a stray and an e-bike. As I sailed along at 30km/hr a large dog jumped out a few inches ahead of my front tyre. A loud yelp from us both and he jumped off the road and out of my path with the grace and speed of a 100m sprinter. A good result all around!

If it’s not dogs it’s cows! 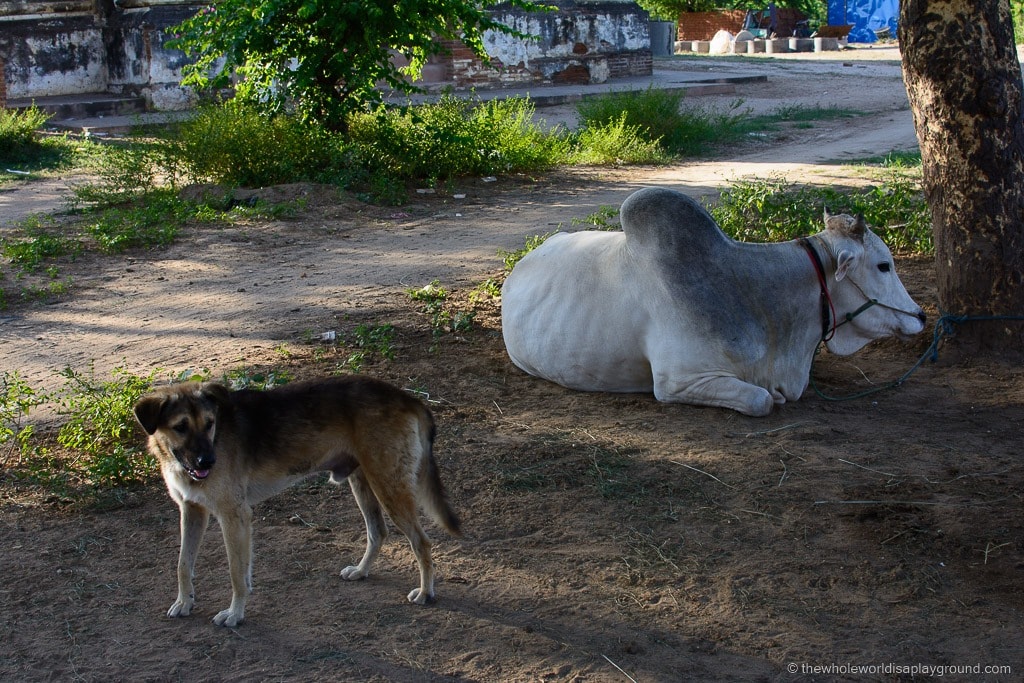 The moral of the story?

Despite being numerous the strays in Myanmar are mostly harmless and it’s easy to avoid any awkward situations with the stray dog population by being aware of where you’re walking. If you’re concerned about the dogs our best advice is to stay alert and mind your step! Our biggest problem was our broken hearts at not being able to do very much to help them. 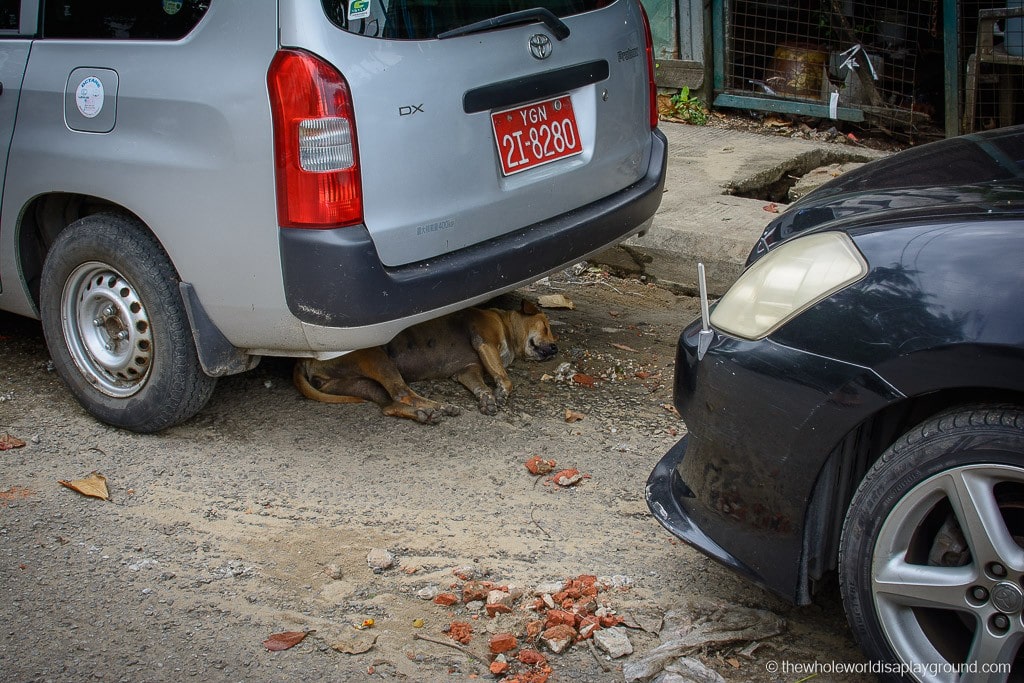 PS the Myanmar cats are cute too! 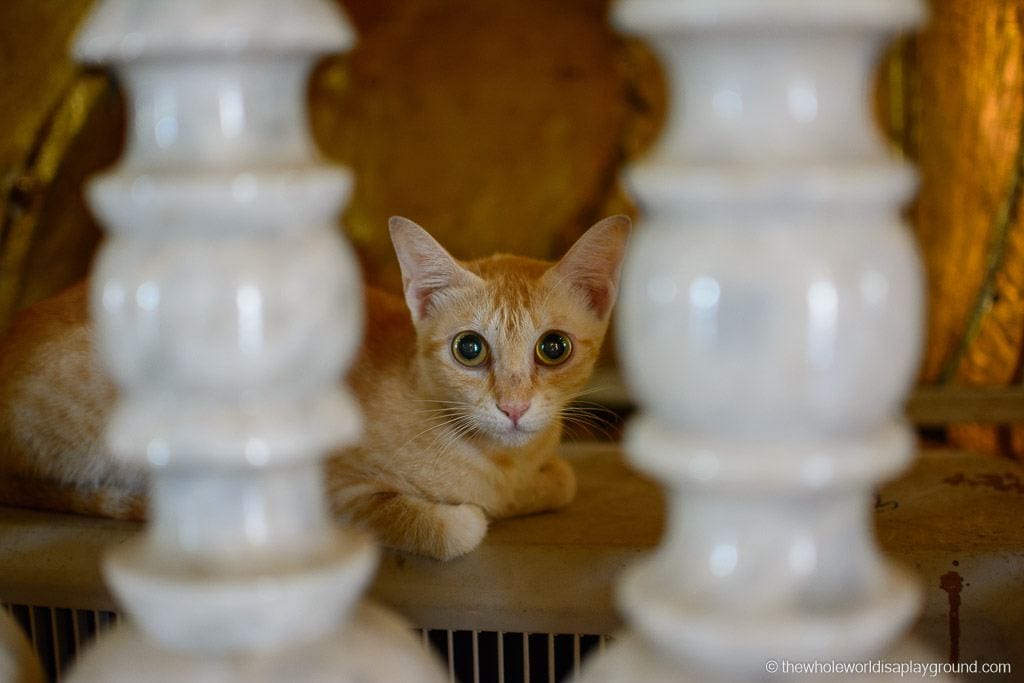 3 thoughts on “Stray dogs in Myanmar: it’s a dogs life!”