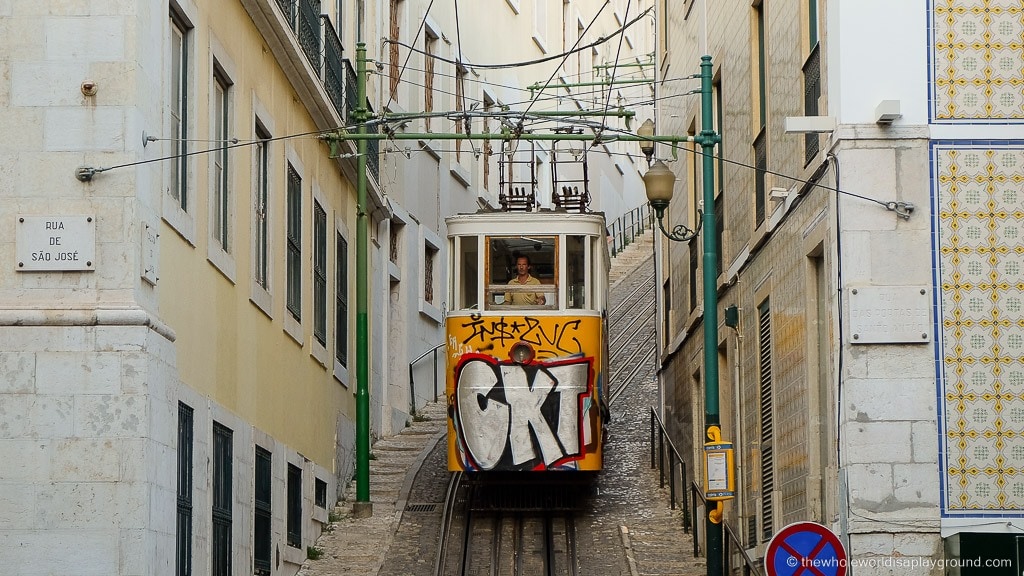 
The UNESCO World Heritage Sites in Portugal and the year they were inscribed are:

The picturesque town of Sintra, the first centre of European romantic architecture, was designated a UNESCO World Heritage Site in 1995 as a result of its influence in the development of landscape architecture throughout Europe. With a host of remarkable buildings including the colourful Pena Palace, the hilltop medieval Castle of the Moors and the National Palace, Sintra is the most popular day trip from nearby Lisbon and welcomes scores of day trippers.

The church and monastery of Alcobaca are located in Alcobaca, a town north of Lisbon, and were the first wholly Gothic buildings in Portugal. The monastery was founded in the 12th century by the first Portuguese King, King Alfonso I. Listed a UNESCO due to its artistic and historical importance, it is a masterpiece of Cistercian Gothic art. 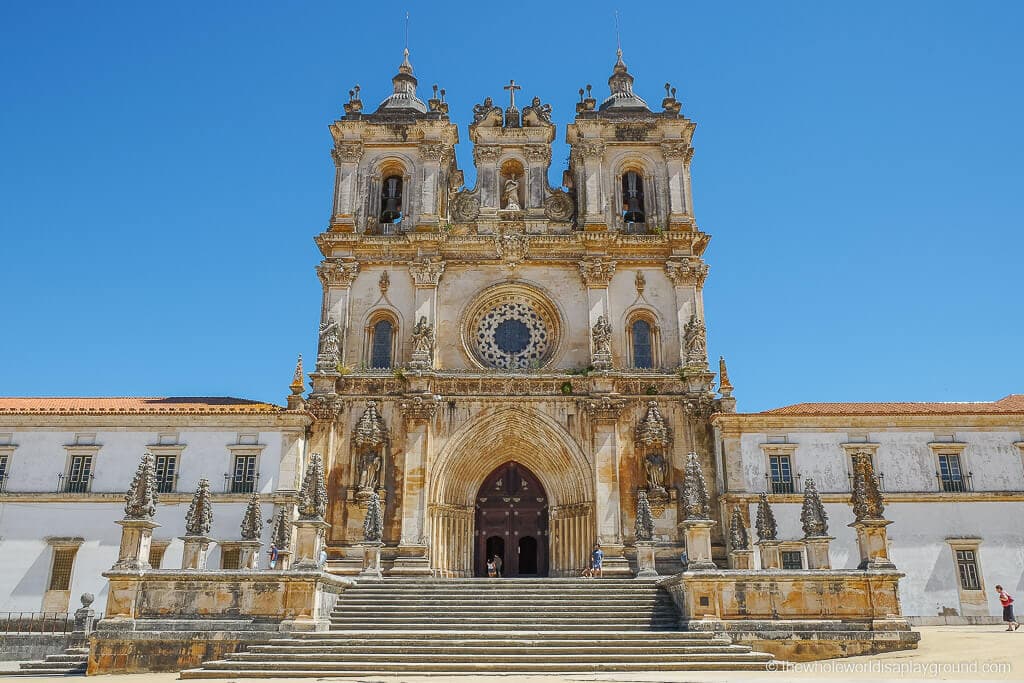 The Monastery of the Battle, Batalha was built to thank the Virgin Mary for the victory of the Portuguese over the Castilians at the battle of Aljubarrota in 1385. It is one of the best examples of Late Gothic architecture in Portugal. Along with the Monastery of Alcobaca and the Convent of Christ, the Monastery of Batalha makes up the route through the World Heritage Portuguese Monasteries which defines an important monastic triangle in the centre of Portugal. 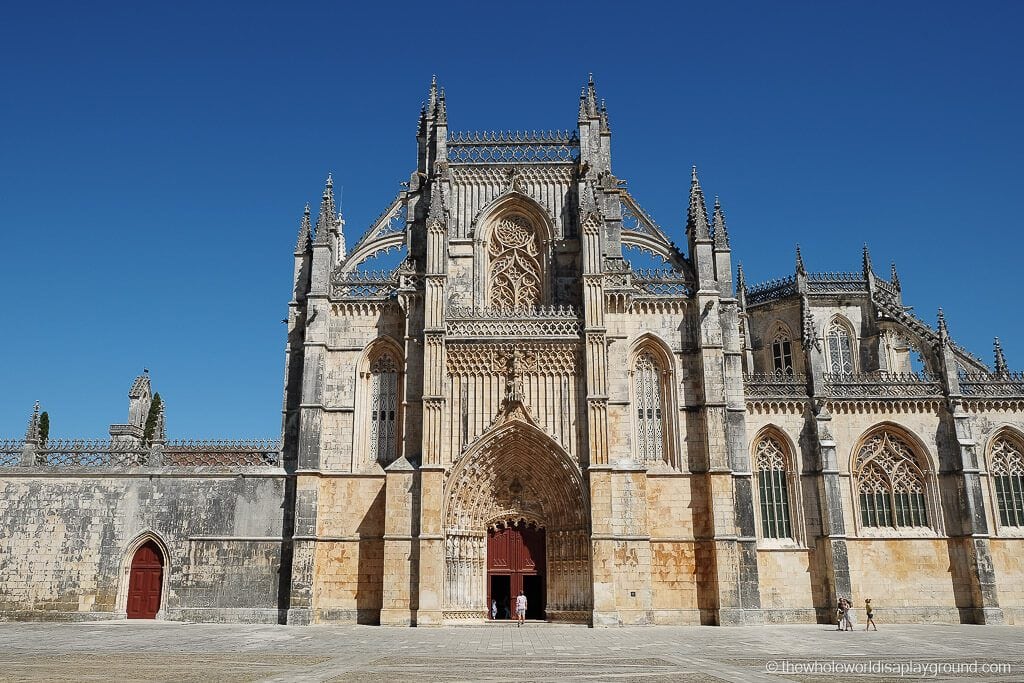 Together the Monastery of the Hieronymites and the Tower of Belem make up Lisbon’s UNESCO World Heritage listing. The monastery, standing at the entrance to Lisbon Harbour, is one of the most prominent examples of Late Gothic Manueline architecture in the city. The Tower of Belem was built to commemorate the expedition of Vasco da Gama as the first European to reach India by sea and served to defend the gateway to Lisbon.

With a history dating back over 5,000 years, the city of Evora has roots as far back as Roman times. The well preserved town centre is still partially surrounded by medieval walls and it reached its golden age in the 15th Century when it became the residence of Portugese Kings. It is the best example of a city in the golden age of Portugal after the destruction of Lisbon in the 1955 earthquake. The Roman Temple of Evora, standing in the middle of the historic town, is one of its most significant landmarks, along with the Cathedral of Evora and Church of the Lóios.

Portugal UNESCO tip: The city’s Capela dos Ossos, the ‘Chapel of Bones’, is well worth a visit on a trip to Evora. It is part of the Royal Church of St Francis and the interior walls are covered and decorated with human skulls and bones.

6 | Historic Centre of Oporto, Luiz I Bridge and Monastery of Serra do Pilar (1996)

Second in size to Lisbon and overlooking the mouth of the Douro River, Porto is Portugal’s second largest city and has a 2,000 year history. Surrounded by the remains of the city walls, Porto is home to Porto Cathedral, the oldest building in the city and the Gothic Church of Saint Francis. The medieval streets are as charming as its lego like colourful pastel buildings which line the river.

Over 7 centuries in existence, Portugal’s University of Coimbra is one of the oldest universities in continuous operation in the world and its historic buildings overlook the city from their hilltop vantage point. Founded in 1290, the university has exerted a major influence over Portuguese learning and literature and is an exceptional example of a university city.

Located in North West Portugal, the well preserved Historic Centre of Guimaraes dates back to medieval times. The city is closely linked to the formation of national identity and of Portuguese language in 12th century.

A former Roman Catholic convent in Tomar, the Convent of Christ in Tomar came to symbolise the opening up of Portugal to other civilizations. The Convent sits on a hill overlooking Tomar and is famous for its rotunda, the round church built in the 12th century and modelled on Dome of the Rock in Jerusalem.

10 | Garrison Border Town of Elvas and its Fortifications (2012)

Close to the Portuguese and Spanish border,  the Garrison Border Town of Elvas was extensively fortified from the 17th to 19th centuries and represents the largest bulwarked dry-ditch system in the world. Notable buildings within the UNESCO site include the Castle of Elvas, the Walls of Elvas, the Amoreira Aqueduct and a series of forts located throughout the town.

The island of Pico is the second largest in the Azores archipelago. The vineyard is divided into thousands of rectangular walled plots running inland and parallel to the rocky shore. The walls protect the plots from wind and seawater and the site was designated a UNESCO due to its extraordinarily beautiful man made landscape and the practice of the viniculture which dates back to the 15th Century.

The Prehistoric Rock Art Sites are located across two sites in Spain and Portugal. The Coa Valley site is located  in the north east of Portugal, close to the Portuguese/Spanish border. The sites contain thousands of engraved rock drawings of animals, human and abstract figures which date from 22,000BC to 10,000BC and they represent the most remarkable open-air ensemble of Paleolithic art on the Iberian Peninsula.

An outstanding example a traditional wine-producing region, the Alto Douro Wine Region is most famous for its port wine harvested from the terraces surrounding the River Douro and its tributaries. Wine has been produced in the region for over 2,000 years.

Angra do Heroismo is a city on the island of Terceira in the Azores archipelago and, from the 15th Century, was once a required port of call for ships. Its notable buildings include the San Sebastião and San João Baptista fortifications which are outstanding examples of military architecture.